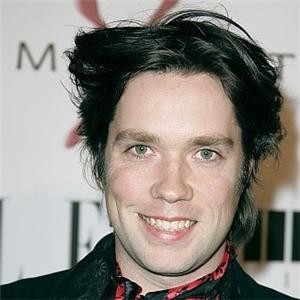 Rufus Wainwright is no Prima Donna.

What follows is an e mail from Rufus Wainwright urging your support. It came to us and we are passing it along. Please forward this if you care about the future of opera in New York.

In starting this email I am once again reminded of how many times over the years I've had to step out of the clock, put thumbs to buttons, take a deep breath and write either a request or announcement (but ALWAYS an invitation!) to take part in a certain project or cause that I'm involved with artistically.

Be it the Judy shows, Kate McGarrigle Tributes or Blackoutsabbath, to name only a few, I've always gotten a great range of responses, from enthusiastic excitement or rights to remain silent, and in the end have made it a personal law to never take anything too, well, personally, in terms of whether or not people step up to the plate with their time or money or not.

This time it's different.

On Sunday, February 19 at 1:30 pm at the Brooklyn Academy of Music (BAM), my very first and highly acclaimed opera about the interior life of a singer in the twilight of her career, Prima Donna, will hopefully be having its New York City premiere and subsequent three performances in one of the finest halls in America.

I'm completely overjoyed by this possibility and look forward to giving my little girl, Regine St. Laurent, a complex and demanding character filled with longing and drama, a proper U.S. home after all she's had to contend with considering her inception at the Metropolitan Opera and the long voyage she has taken since that now famed rupture.

It's been quite a journey comprising of both life and death and everything in between (my mother died after the premiere in Manchester and my daughter was born not long after), and I strongly believe that the piece has absorbed a great deal of depth due to both these facts and the gifts of its various artistic handlers along the way and will be in not only my opinion, once it lands in New York, fully formed and a viable part of the operatic repertoire.

Perhaps you've noticed an air of caution in my unveiling of this beloved project, (no I'm not being facetious) with words like "hopefully" and "possibility" flying around.

I wish this wasn't the case.

Though ironically enough, since its inception, this little spitfire of an opera has always inhabited a rather stormy environment and seems comfortable with worldly tremors. Hell, with a name like Prima Donna I wouldn't expect anything less!

But in all seriousness, none of these questions concerning the run are due to the piece or the amazing cast and conductor we have set up thanks to the New York City Opera, but to some very challenging times that the hallowed opera company itself has been facing very publicly in recent days.

Here it is in a nutshell: there are currently very intense negotiations with the musician's union in terms of the future of the NYCO and if talks break down and there's a strike, the company will likely be decimated, thus leaving the city of New York with only one large opera house where as all the great cultural cities of the world have at least two. Is New York not a great cultural city? Yes, that is a rhetorical question.

Anyway, swept away with Prima Donna's New York premiere will be the livelihood of countless present and future musicians, technicians, composers, directors and audience members who will be robbed of one of the main arteries where the artistic climax that only opera can provide occurs. Plus, this is the company where Beverly Sills, Placido Domingo and Renee Fleming (but to name a few) began their careers and with only one major stage for opera left in the city that essentially panders to superstar performers, conductors and directors (which I'm not necessarily complaining about), only the Met will remain and there will be no variational step for artists to take before they truly "make it" at Lincoln Center, steps that frankly for the most part can be vastly more interesting to witness for an audience, and our fair city has long had the privilege of experiencing.

Phew! A lot to say. Let's wrap it up. Essentially what I'm asking is that due to this present situation, a big early interest in Prima Donna would really boost the moral and physical prospects for both my piece and the New York City Opera as a whole. If it's perceived sooner than later that people are intent on seeing Prima Donna (which I know you are) and we all start helping now in the company's survival, I think it definitely sends out a big message that we as a public cherish our great institutions and care about their existence, and that without a variety of them, the arts in general are in grave danger, not to mention the integrity of our beloved town, the Big Apple.

Over the years I've asked for money for concerts, cancer charities, environmental causes and in the end of the day have been able to contend and absorb the realities of peoples' hectic lives and lack of time to help, coupled with tremendous generosity. All that is well and good, but this is my baby and opera is my religion. In truth I feel more passionately for this strange artistic universe then anything in the world, or as the old Rogers and Heart song goes: "I go to opera and stay wide awake....that's why the Lady is a tramp!"

Please reserve your tickets ASAP and help send a message out that we care about this grandest of arts and its future.