Mozart's Sublime Abduction from the Seraglio 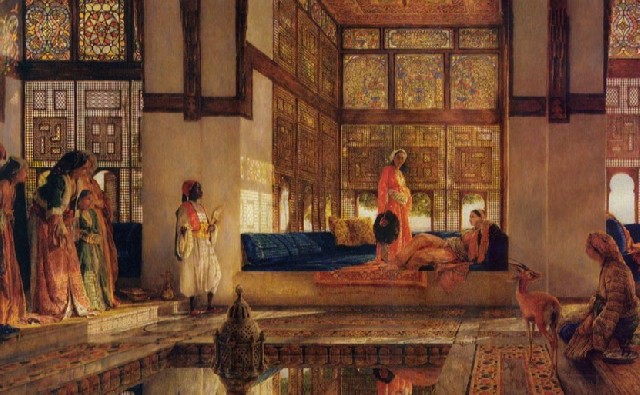 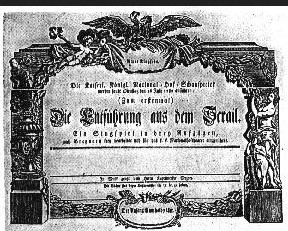 Mozart’s Abduction from the Seraglio opened in Vienna in 1782 and was an immediate smash hit. Deservedly so. 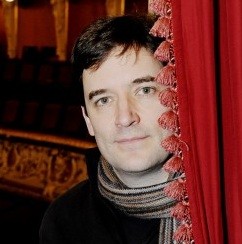 Markus Francke has a beguiling tone. He performs with aplomb as he captures the music’s line. 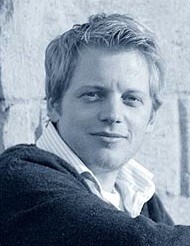 Hannus is a young conductor who particiaptes in the production of new operas in Munich and has conducted at their avant-guarde Pasinger factory. 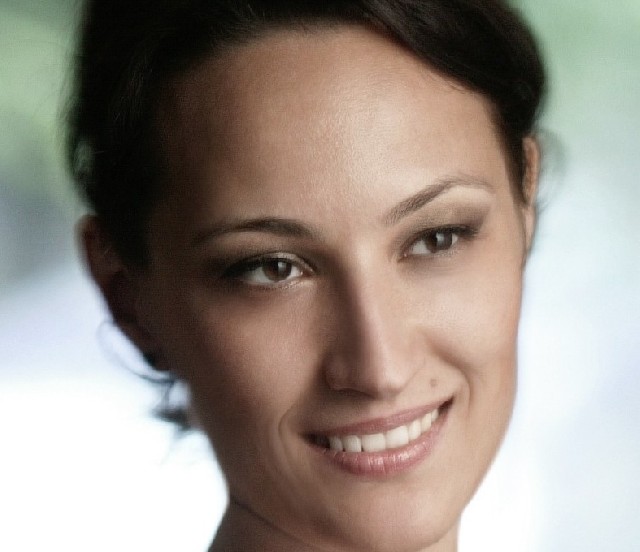 Aytekin is a worthy Constanza, and that is saying a lot. Her ’torture’ aria is often performed by the world’s greats and she compares favorably note for note. 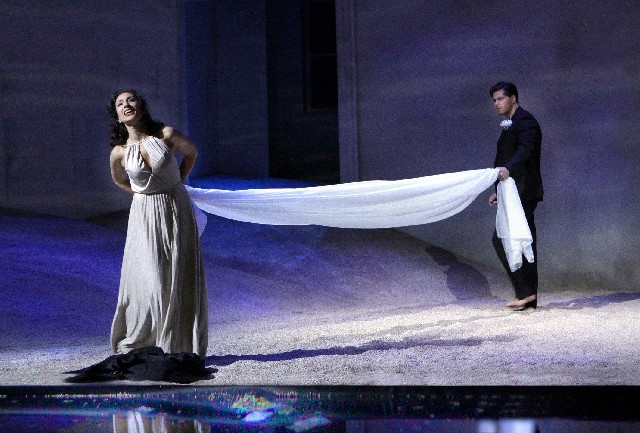 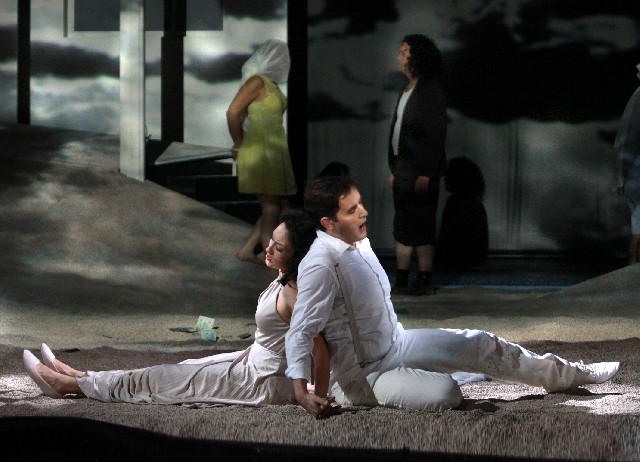 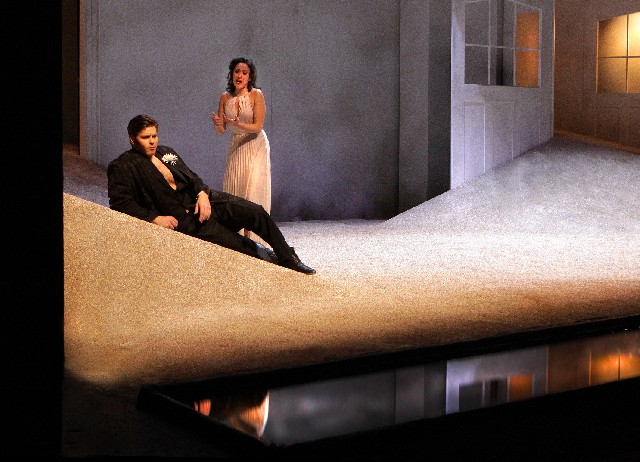 Aytekin and Krossly spar phrase for phrase and... 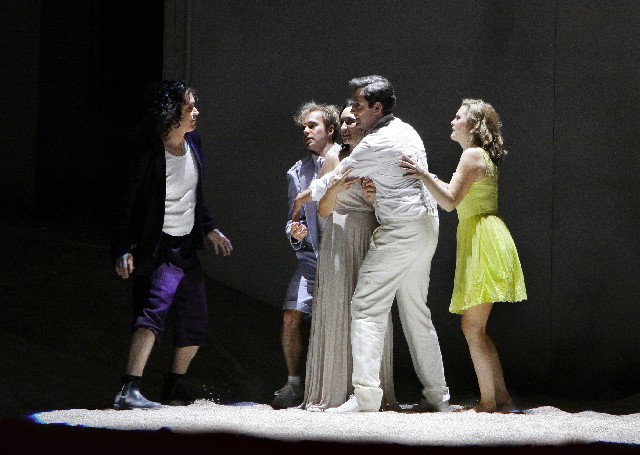 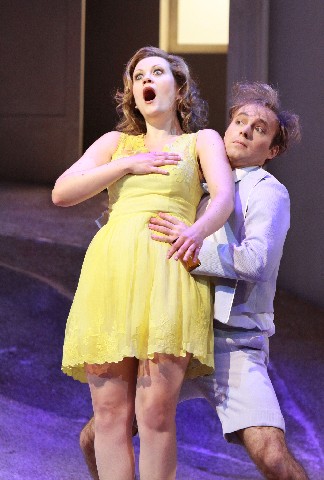 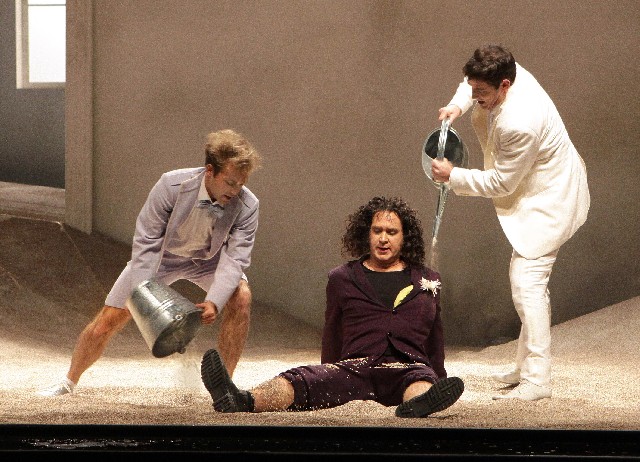 Operas presented in smaller cities in Europe are incubators for young talent.   If  Abduction from the Seraglio is any indication of the high level of presentation, this is a win-win opportunity for local audiences and developing singers.

Singing Mozart exposes all an artists' flaws and glitches.  Mozart's compositions are unusually demanding.  Abduction was first commissioned to celebrate the arrival of Grand Duke Paul, the son of Catherine the Great.  But his arrival was delayed.  Mozart was able to take more care and time.

Gluck was substituted for Mozart by the time the Grand Duke arrived and Mozart took advantage of the arrival of top talent from all over Europe for the Gluck productions to write even more challenging arias.

In the Pforzheim production of Abduction, several impeccable and exciting young talents were on display. They were backed up by precise and magical performance of the orchestra under the baton of young Martin Hannus of Munich.  The orchestra and a chorus rose to splendid heights in the Turkish finale.

The population of Pforzheim is now 120,000, and has built back from several air raids during World War II.  The most devastating occurred on February 23, 1945, when 17,000 citizens were killed instantly by Royal Air Force planes.  The town is modern.  Yet even the most common buildings have an old-world charm, the cement painted in pastels and kool-aide colors, with picture and bay windows trimmed in wood.

The theater is a gem, every seat designed to have an intimate view of the stage (like Camden Yards and the old ball parks in the US).  The sound is bright and lush.  Seven hexagons hang from the ceiling near the stage to bounce back sound, and angles in the walls also serve this purpose.

Julia Schnittger's design captivates.  The opera opens with a see through scrim revealing the Sultan's head of police escorting Constanza to the seraglio.

Pedrillo watches, but can do nothing.  Belmonte arrives from the second tier of seats, spotlighted.  He sees his sidekick below and will join him.  Markus Francke as Belmonte has a beguiling tone, performs with aplomb and captivates in his lines.  His operabase listing indicates that he performs all the time in the smaller German towns honing his skills.

Cornelius Burger as Osmin, the wicked henchman of the Sultan, is a delightful regular at the opera house.  In purple pants and shirt he does the Sultan's will. And then some.  In his difficult aria, "Ha wie tch triumphteren," Burder also triumphed.  Excessive comic expressions were topped by improbably amusing eyebrow lifts.

Pedrillo and Belmonte cook up a plot to recapture their loves.  Spoken dialogue abounds in singspiel, this last of Mozart's operas to make a clear distinction between spoken word and arias in which inner feelings are expressed.   Talent shone not only in sung arias, but also in the more conventional stage drama.

By the time Constanza arrives at her famous "Torture" aria, Elif Aytekin displayed secure my top notes, vocal presence and a flawless technique in addition to charming delivery.  She is certainly a talent to be watched.

Direction often had her near the breast of the Sultan, bared under a black tux jacket, and tantalizing I am sure to audiences more familiar with Victorian modesty.

The seraglio and abduction were popular themes when Mozart composed.  Fourteen other operas seductively centered on the mystery of Turkish harems.  A nargile, or smoking glass, appeared on the Pforzheim stage and I assumed it was filled with hashish.  But these glasses were filled with different kinds of fruit-perfumed tobacco.

An early 19th century production at Covent Garden was set to attack the Ottoman dominance of Greece.  The Pascha became Ibrahim, a long lost brother of Constanza.  The production in Pforzheim was not quite this daring.  All the male characters except Osmin wore suits.  Constanza wore a white nightgown and Blonde, a yellow puff whose layers could be stripped off.  Blonde has been made the leader of an insurrection in the harem in some productions, but here she is one tough, charming broad who does handstands while Pedrillo cartwheels.

There was an abundance of charm, high spirits and spontaneous good humor on stage.  But what stands out is the singing of Aytekin, Francke and Burger.  Edward Lee, too, when he had the chance.

This unpretentious and engaging masterpiece was captured perfectly in Pforzheim.  New York is known for applauding well, but it was rivaled by the Pforzheim audience appreciating its own Mozart.