A Comedy of Good Intentions but Bad Manners 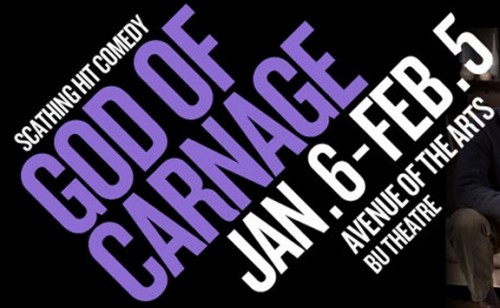 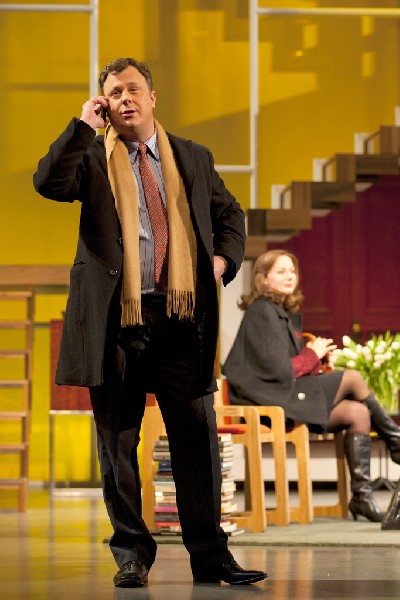 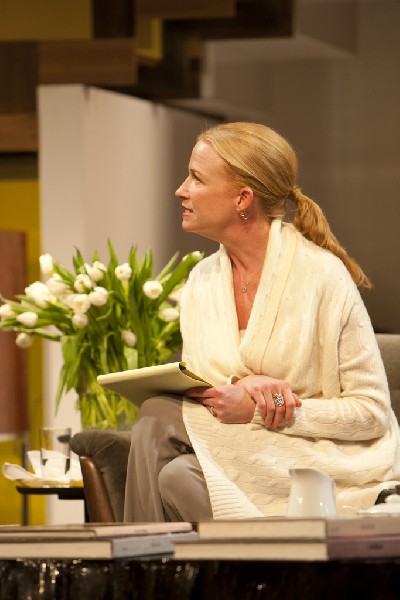 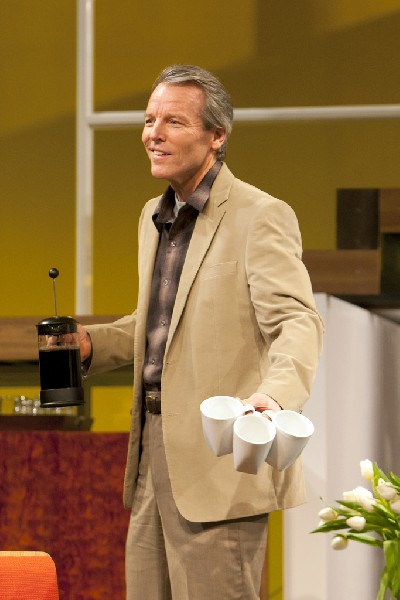 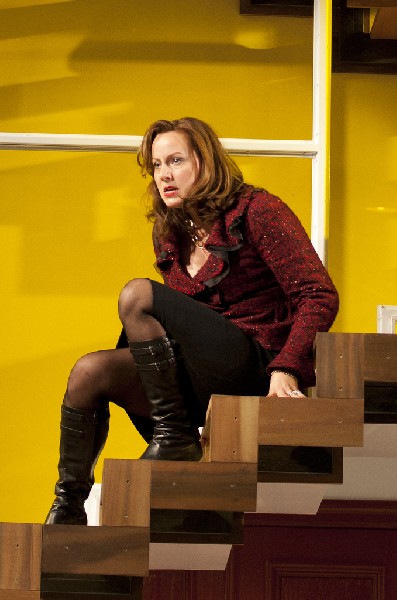 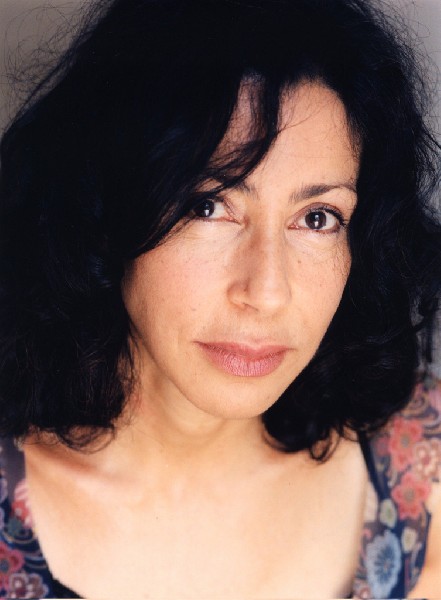 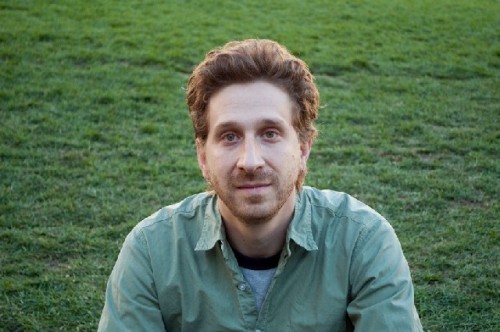 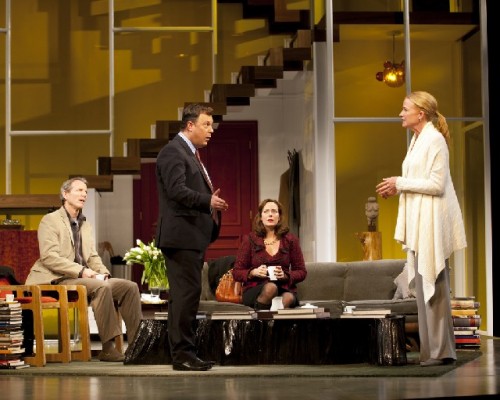 Contemporary life ain't easy. There is a wonderful, often hilarious exposition of this at the Huntington Theatre Company.

Through humor and insight, French playwright Reza Yasmina's comedy God of Carnage demonstrates how a particular children's issue can evolve and escalate into the dissection and temporary destruction of two married couples' fragile relationships and even more delicate egos.

This Tony and Olivier Award winning comedy focuses upon a pair of couples dealing with the modern vagaries and burdens of marriage and parenthood. It embraces the audience in a searingly comic analysis of contemporary foibles, folkways, and fixations.

Seemingly disparate sets of parents awkwardly meet for the first time at the Novak's chic house. They are there to discuss how to resolve the problem of Annette and Alan Raleigh’s son hitting Michael and Veronica Novak’s with a stick during a playground fight.

Though the two couples meet to discuss the problem, quickly all attempts at civilized discussion deteriorate into a very funny view of modern adults involved in bad behavior, bad manners and many quite funny lines.

Through deft direction, a form of social choreography, Daniel Goldstein has taken the playwright's narrative and created a visual and verbal ebb and flow during the play. The actors move in and out, first one then another, with equal emphasis on each of them.

There is also a tidal nature to the conversation as well with the Raleighs continually walking out but being humorously pulled back in by one or the other of the Novacks' outrageous often nasty comments. The ebb and flow sometimes hit various pieces of verbal and intellectual flotsam and jetsam, but the comedy never sinks.

Each one of the actors is excellent. They all present distinct voices if not particularly likeable individuals. Brooks Ashmanskas shows a wonderful lite and enlightened touch with his portrayal of megalawyer Alan Raleigh.

Christy Pusz's Annette Raleigh is literally a slowly building volcano ready to erupt at any time. Stephen Bogardus' Michael Novak is a multifaceted not so everyman, while Johanna Day's Veronica Novak is the outwardly overconfident but edgily fragile, overinvolved, modern woman.

Though a show of particularly strong words and phrases, this is also a physical play with at least one surprising stunt and anotrher quite funny one. This action underscores the visceral nature of both parenting and marriage.

Scenic designer Dane Laffrey has created a set that is itself provocative. While modern and sophisticated, it is painted with a garish color that sets off the human tension. Adding to the atmospheric and environmental awkwardness, some of the furniture (especially a beanbag chair) is physically uncomfortable as well. The many stairs through the many floors of the house or flat underscore the ups and downs of the comedic discourse of the play.

A comedy of bad manners but good intentions, God of Carnage is a humorous analysis of our times. It is a very human comedy that exposes our fragility in funny and clearly drawn ways. This is a play that leaves us laughing but also thinking.