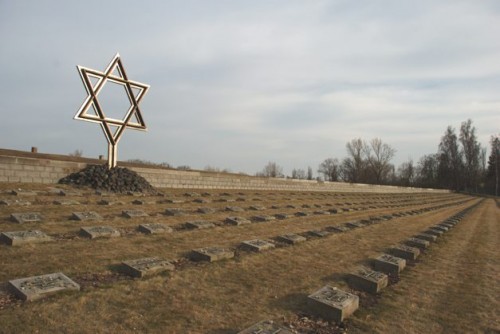 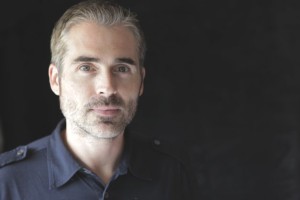 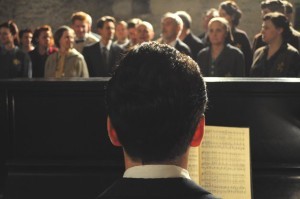 A still from the film. 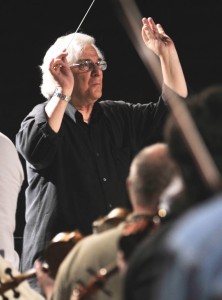 Documentary film can be a powerful tool in the hands of a skilled filmmaker.

The genre has been with us for decades beginning with Robert Flaherty’s silent 1922 documentary “Nanook of the North”.  Flaherty’s film opened the floodgates of a new and arresting way to tell a story, and the genre has never looked back.

Through the medium of film, a new and exciting visual world of ideas was suddenly available to everyone for the price of a theatre ticket.   Later, during the 40s and 50s, television became a free travel ticket to the world.  It would be only a matter of time before ideas and subjects of real substance would find a place with the passionate and creative documentary filmmakers.

Nowhere, however, was this medium’s influence more effectively utilized, than in Hitler’s Germany.  It reached its pinnacle in the film documentaries of Leni Riefenstal, who raised the propaganda bar to unheard of heights with her documentary films “Triumph of the Will”, in 1934 and “Olympia”, in 1938.  Some said her films became a primer for documentary filmmakers on how to sway and influence public opinion.

“Defiant Requiem”, currently screening at the Palm Springs International Film Festival (PSIFF), is a powerful and emotional documentary by Doug Shultz that honors the Prisoners of Terezin (the infamous Nazi concentration camp located just outside of Prague).  Their story inspired the American Maestro/Conductor/Music Director/Teacher and Lecturer Murry Sidlin, to form The Defiant Requiem Foundation as a way of honoring the prisoners, and at the same time, informing the world of what took place there during World War II.

The untold story of Terezin travels far beyond the general perception of a Nazi concentration camp.  This is a film, inspired by the dedication of Murry Sidlin who worked tirelessly for ten years to bring the compelling and life-affirming story of thousands of Jewish prisoners who lived and died in the camp.  Those experiences, of defying their Nazi captors, became a study in courage, hope and a tribute to the indomitable spirit of the human condition… as well as to some actual survivors who relate their experiences on camera.

The “defiant” part takes the form of 150 prisoner/singers performing, under Rafael Schachter, a brilliant, young, passionate Czech opera-choral conductor who was arrested and sent to Terezin in 1941. Schachter demonstrated his moral leadership at the camp over a three-year period by forming a choir to help sustain the prisoner’s spirits and hope in the face of what lay ahead.  His instrument of choice: Verdi’s master oratorio “Requiem”.

Schachter convinced starving, brutally mistreated prisoners, that music was a way to sustain one’s hope and courage, while at the same time sing to their Nazi captors what they dare not speak out loud.  Verdi’s lyrics foretell of the avenging of the oppressed and the destruction of those who oppress.  Sixteen performances were given over a three-year period at the camp, the last being sung before clueless high-ranking German officers (who despite their cultural heritage, obviously didn’t understand Italian and the real meaning of the Oratorio).

“Defiant Requiem” as a film, produces many lump-in-the-throat moments, to say nothing of a few tears. It’s a poignant, affecting, powerful statement on man’s inhumanity to man, and a testament to the transformative and redemptive power of the arts.

The highlight of the film, narrated by actress Bebe Neuwirth is the re-creation of Verdi’s “Requiem” performed and filmed in 2006, by a group of 150 musicians and singers under the music and choral direction of Maestro Murry Sidlin.  The emotional re-creation takes place in the actual room in Terezin where seventy years before brave and courageous souls placed their lives at risk.

“Defiant Requiem” is a film that should be seen. When it comes to an art house theatre near you, make sure you see it.