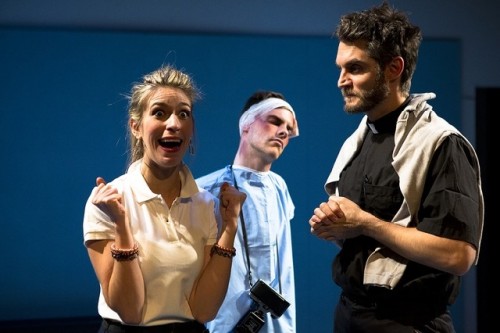 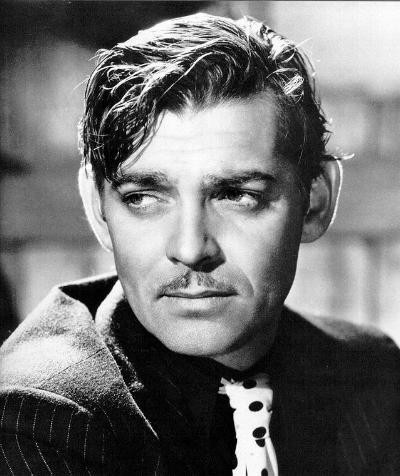 Every performer in A Crucible which premiered at The Wild Project in New York is terrific. And such variety. From a tubby white girl who wants to play Tituba, color or not, to Randy, who looks like the Tin Man in remission, the performers hit just the right balance between ‘over the top’ and ‘moving.’

The production looks more expensive than it probably was. From witch’s dust sending off bombs and canons, to the costumes, Scotch plaid skirts and pullovers, the stage proceedings engage.

I expected a deconstruction of The Crucible, which was, after all, a deconstruction of the McCarthy trial hearings. Since most high school students get to either perform in the play or see it, John Proctor, Elizabeth, and Abigail are all familiar, as is Tituba.

But the playwright Brian Bauman is more interested in exploring form than in presenting a story. In this piece, that search for theatrical truth may fail, because the texture of the different kinds of form are so different. Some need explanation.

Bauman states his intention with clarity, but I can not understand. "A Crucible is a play in conversation (argument) with theatrical tradition, the western canon and popular culture’s stranglehold on the 21st century. I suggest that the acting rely on a collage approach, combining various zones or modes of performance vocabulary.”

Unfortunately, that entails calling the work A Crucible and staging it in a classroom in Gloucester, Mass (near Salem) where several cheerleader types had a pregnancy pact in 2003.

While anything to do with The Crucible is probably familiar to all, the story of multiple high school pregnancies in Gloucester, Mass, not far from the Salem setting of The Crucible is not.  Yet, the playwright is able to sketch sufficient outlines so we can follow the teens who all look like cheerleaders as they contemplate an exaltation of births some nine months in the future. The common father may be a homeless man.

References to the Miller play brought back memories of our high school production, directed by Sally Sedgwick of Stockbridge.  Abigail was played by the daughter of stage icon Mildred Dunnock, and in our dorm, daily telegrams of encouragement arrived from the great actress Madeline Sherwood who originated the role on Broadway. Sherwood would have fit perfectly in this play: she was blacklisted and then sentenced to six months of hard labor in jail for her civil rights activities in the South.

I have never seen The Misfits.  I knew about the film, about Monroe’s breakdown and the break up of her marriage to Miller, but the critical piece of the story, which is her character’s objection to killing horses for dog food, had escaped me.

On stage, backdrop footage of mustangs running wild were confusing. This was the divine Clark Gable’s last picture. He had a massive heart attack two weeks after the film wrapped. "Frankly my dear I don't give a damn," would never be uttered live again.

The film is interesting. For the first time, a more complicated moral compass is presented in a Western.  Good guys are seldom all good, not in the Salem witch trials, or the McCarthy hearings which Miller modeled his take on.

The performances in A Crucible compelled, while the stage set and direction was spot on, beautifully timed, and executed with a delicious dynamic.  If, however, you can’t understand at all why you are in the theater, it is difficult to come away with a good feeling.

But maybe the effort is worth it, if the playwright can tweak his concept, with greater emphasis on story telling as a way to describe different theatrical styles.  Bauman lists them in the script, citing four zones, True Black Magic, Naturalism, High Art, and Radio Signals From Outer Space, which represent TV and film acting.