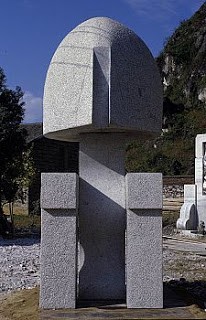 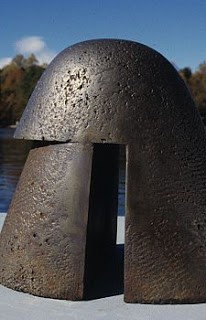 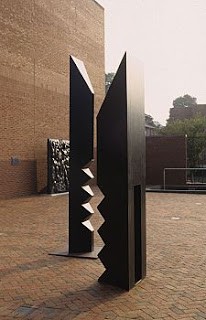 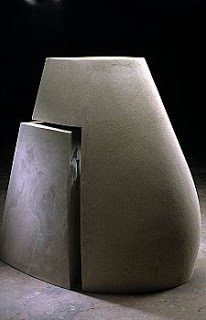 I was first introduced to Billy Lee’s work in the mid 80’s when he was a candidate for a teaching post at UNC-Greensboro and I was on the selection committee.  His work at that time made it clear that he was very much an artist in the Modernist tradition. His imaginatively engineered geometric wall pieces spoke of the ground and pattern of an underlying reality. His demeanor was imbued with the air of someone aware of his accomplishments. In the modernist realm he has accomplished a lot. He came to the US in the mid- Seventies from England to study as a Kennedy Scholar at MIT ‘s Center for  Advanced Visual Studies and subsequently had risen up in the ranks at the University of Michigan.

The senior faculty at UNC-G were not uninterested in the work presented for his application but were more intrigued by those candidates influenced by Postmodernism which was exemplified at that time by the style of sculptor Tom Otterness. The tide of Modernism that had filled the top ranks of many of the top schools in the country during the Sixties and Seventies such as Michigan was already beginning to subside. If Otterness was all cleverness, play and social relevance, Billy embodied the seriousness and purity of a scientist looking for the logical shape of the visual world. It seemed to me his seriousness about the role of a coherent visual language in the making of art, made him a good choice to be a professor at UNC-G. I think it more importantly stood him in good stead as a sculptor for the next 30 years.

Billy Lee has always been a maker and shaper of material. For several years between his stints at Michigan and UNC-G he lived in Vancouver, B.C. where his extended family resided. He got involved in some building and renovation projects in the family business. I remember he talked about them with the same relish he would talk about sculpture. His preternatural drive is to reach out into our physical world and reshape and remake it. He is an artist who spontaneously connects with the material and the processes that allow him to manipulate it. That love of material places him in the company of such artists as Ron Bladen, Carl Andre and Richard Serra among others of that generation for whom sculpture reflects back on its reality as physical material and the raw physicality of the world.

He knows that tradition thoroughly and can talk about it cogently. In our last meeting at UNC-G, where I returned recently to give a talk on my work, it was a thrill to hear him bring up the above mentioned names from the Sixties and Seventies, which he said he was trying his best to put back on the radar screen of today’s students. He has internalized that tradition but surprised me when, at the beginning of the Millenium, he made an uncanny return to the figuration of Henry Moore. If there is a dynamic of material vs. form in all sculpture, and if you were to calculate which dominates in any given artist, Moore’s art would fall on the side of form taking the upper hand. The same thing happened in Billy’s work.

Since Moore the history of sculpture would evince a split of materiality from form,  and, moreover, the notion of form becoming ever more detached and Platonic in the work of Donald Judd and Sol Lewitt. Materiality now detached from form, would often become absolutely formless. This is to say nothing of the development of installation art and its tendency toward a political critique of commodification. The notion of sculpture as a terrain for conveying the traditional push and pull of natural forces in the universe has not found many adherents in the contemporary scene. In the arts ever obsessed concern for the New you have also the mix of recent technologies, such as cell phones, that succeed in dissolving the intimate interaction of viewer and sculpture that has defined sculpture from its very beginning.

What is lost in all of these evolutions and permutations of sculpture in the last thirty years and has not been lost on Billy is the notion of the artist as someone who creates himself in making and building within an ancient tradition of sculpting. He is a maker who knows the language’s roots which go back to the Kouros of the Greeks or the ancient Cycladic forms of the Aegean.The notions of a body in space and time defined by gravity, negative and positive space, of heft and haptic touch, of the slow movement of the body and eye as it moves around the sculpture inform all his work. But informing it more deeply is his understanding of the will that allows the self to persevere and to hold one’s physical place in the world. I have always marveled at the  psychic force and energy that Lee applies to the building of his sculpture. Is not this the ultimate meaning of works :They embody the will to create. They are the artist creating himself.

His series on warrior’s helmets, which reference images of armed men and which are a looming presence throughout the history of sculpture, are emblematic of individual self-assertion but also of holding one’s ground. Warriors can also double as guardians or sentinels, both titles of work done over the last ten years. Guardians and sentinels sacrifice themselves for the group in order to establish barriers, deciding who can enter or leave the homeland. Except for the Big Head series that allows for an ironic interpretation there is a seriousness about Billy’s work that is startling, because it has been so absent from art since after the Abstract Expressionists: the artist as hero, as Mahler in the European sense. This  leads to another notion about his work: these sculptures represent a defense of the precious values of sculpture’s homeland from the effacement of the modern tide.

Most contemporary sculpture inserts itself in a dialogue about man’s place in society or in relationship to the ever changing world of technology. It comes out of sociology, critical theory and deconstructionist ontology. It’s message is a reminder that we cannot transcend the way in which the media and technology define us. We are like a fly caught in a spider’s web of societal norms. Lee’s work suggests that our individuality cannot avoid its mythic roots. Our individual efforts embed themselves in ancient tropes of meaning that we are unable to escape. When we confront their power and inevitable reality it is like the epiphanies at the end of a Greek Drama. They are as transformative as the energy contained in a Guan Yin figure or a Michelangelo pieta.