Making It Up in Great Barrington 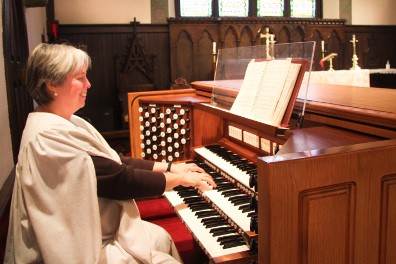 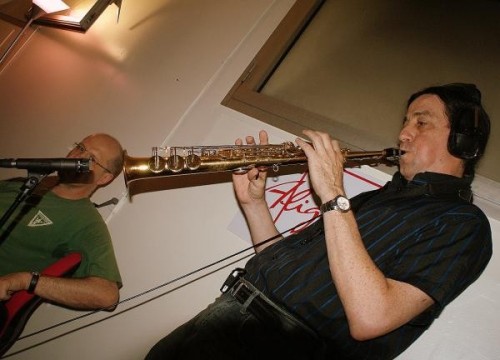 Gevert is an accomplished harpsichordist as well as a conductor and organist, most recently performing in a recital last month in France. Tarraza is an internationally-renowned flutist, jazz-fusion performer and one of the few musicians worldwide specializing in the transverso or baroque flute.

In the 1990s they formed the duo, Les Inegales, performing throughout Europe to enthusiastic audiences. U.S. and European critics praised their recording of French baroque music, “Ordinaire de la Chambre du Roi.” The duo’s most recent U.S. performances have been at the Washington Early Music Festival and locally at Music Mountain.

More than simply a concert, “Making It Up” is an exploration of improvisation through a variety of musical genres, styles and time periods. It is an energetic, humorous performance, conversation and demonstration of how great musicians have moved beyond the confines of written-out composition, while playing at the peak of their technical and expressive abilities.

Works that will be featured are by composers from the 12th century to the present. They include well-known classical and jazz musicians such as J. S. Bach, Mozart, Schubert, Debussy, Duke Ellington and Michael Brecker. Less known to U.S. audiences are the works of 12th century saint, philosopher and composer, Hildegard von Bingen, the 16th century Venetian composer Silvestro Ganassi, and the 17th century French keyboard artist and composer Jean-Henri d’Anglebert.

For these performances, Ms. Gevert and Mr. Tarraza will use both period acoustic and electronic instruments. To this innovative event they bring musical traditions from their native continent of South America as well as their years of professional experience in the U.S. and Europe.

The concerts will be held at the First Congregational Church, 251 Main St., Great Barrington, MA at 5 pm Saturday, February 2 and at Trinity Church, 484 Lime Rock Rd., Lakeville, at 4 pm Sunday, February 3. Snow dates will be February 9 and 10. After each performance there will be a reception. Tickets are $25 for general admission. Premium seating is available for $35. For tickets and information, call 860-435-4866 or go to www.worldclassmusic.org where you can purchase tickets online.

Crescendo was founded in 2003 by Artistic Director Christine Gevert and local supporters to provide an ongoing program of music performance and education for the communities of Connecticut’s Northwest Corner, the Berkshires and the Mid-Hudson Valley.

With the participation of international performers and teachers as well as non-professionals, Crescendo’s choral and instrumental concerts, its lectures and workshops reach audiences of all ages and levels of experience.