Perhaps McDonalds is not such a bad choice after all. 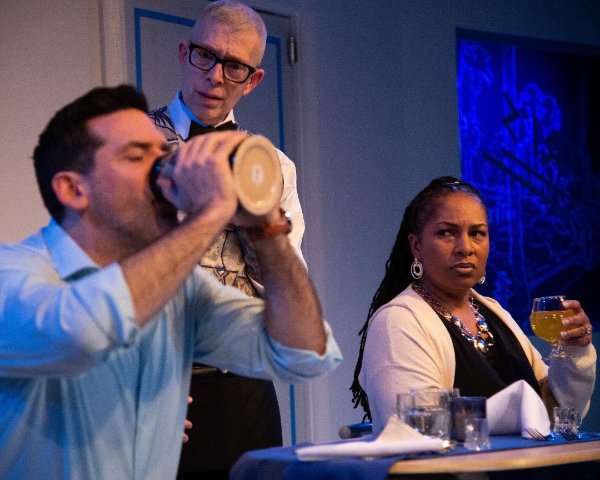 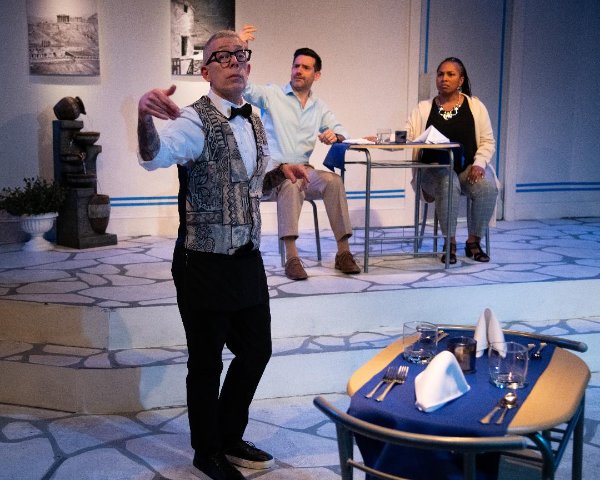 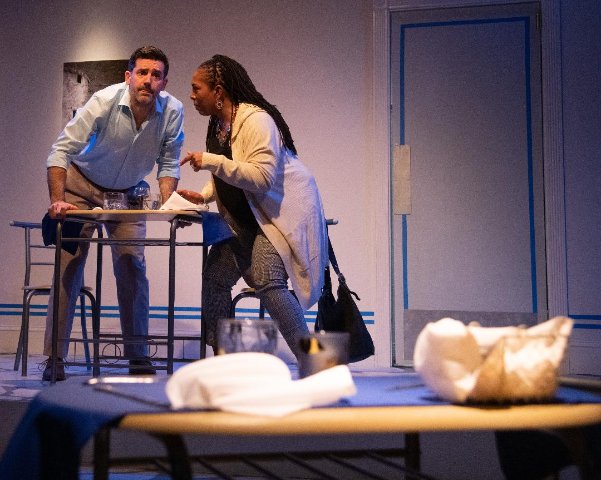 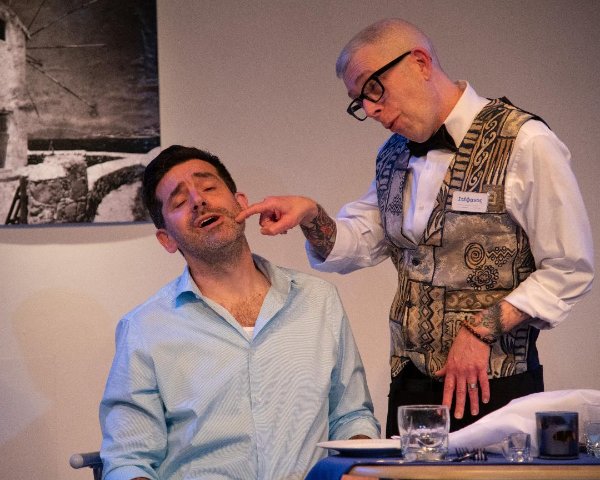 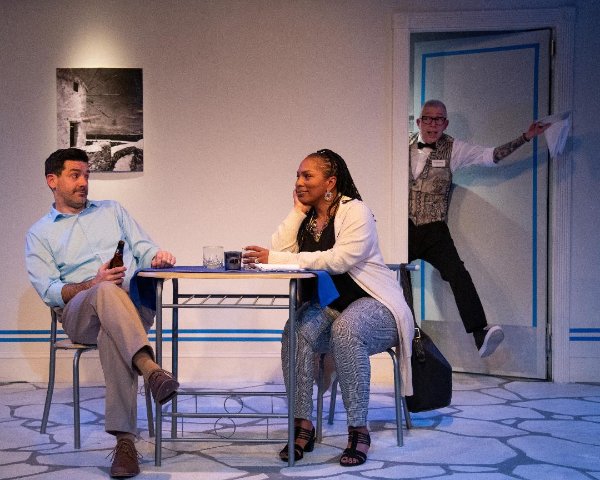 Foodies worldwide know slow food as a contemporary movement that rejects mass produced, low nutrition, low diversity, loaded with unhealthy ingredients fast food.   Playwright Wendy MacLeod has adopted the same words but applied them with a different twist in her comic play.  All of us have had that restaurant experience in which we thought the food would never come.  In this case, the cause is not a lost order or long prep time or overtaxed restaurant staff.  It is willful delay by the server from hell.

While this three-hander lacks a grand, compelling comic or dramatic arc, it does offer a number of observations into the human condition.  Somewhat like a television comedy show skit on steroids, it stretches into 90 minutes.  But with nimble direction and excellent acting, the laughter is almost continuous, so it makes for an entertaining, light-hearted theatrical experience.

Irene and Peter, played convincingly by Kimberly Ridgeway and Peter Marietta, are newly empty nester professionals from New York who are celebrating their 25th wedding anniversary with a trip to Palm Springs.  Arriving late in the evening, starved and exhausted, they are finally able to find a Greek restaurant that is still open and taking orders.  Stephen, the insidious server with his own agendas, is portrayed with great flamboyance by a yappy, petulant, and sometimes confrontational Damion Clark.

The particular venue of this play is special to Altarena Playhouse Artistic Director Katina Psihos Letheule, who directs this production and designed the simple but appropriate and appealing set.  Not only is she of Greek extraction, but she also grew up in a family in the restaurant business.

The acting style of the play is consistent throughout – one manic shred short of sheer farce.  Yet, how characters interact is not.  Many relationship matters arise between Irene and Peter.  Some are routine marriage-management issues.  Others are surprise revelations and problems.  But they are situations that many couples face in full measure.  The exchanges between the employee and the customers are not realistic.  The kernels of Stephen’s actions toward them will be familiar to anyone who frequents restaurants, but the extremes to which he takes them is definitely off the deep end.  Happily, it all works compatibly.

The gist of the plot is that despite Irene and Peter’s desperate desire for food and drink as soon as possible, Stephen manages to stifle their efforts in every conceivable way, bringing a new meaning to the term “denial of service.”  As Peter says, “This is not service.  It’s a hostage situation.”

For example, Peter wants a Sam Adams beer and had even ordered one from another server before he and Irene sat down.  But as it was coming to the table, Stephen sends it away, as he insists that their orders are his responsibility.  Not only does he demand that Peter consider a local brew instead, but he doesn’t relent until the couple has sampled it.

Meanwhile, whenever Stephen is away from their table, the couple furtively conspires to problem solve to defeat his obstructions.  Should they appeal to his vanity by being obsequious or flirting?  Should they take a bread basket from a table that hasn’t been cleared?  Should they try to purchase a beer from the bar and hide it from the server?  Should they bail and (God forbid) go to McDonalds?

There are a number of direct and indirect messages associated with the exchanges among the characters concerning hierarchy of jobs.  Many would-be actors wait tables, and many white-collar workers waited tables as a temporary job, maybe during college.  But Stephen asks himself aloud why he still serves meals after 20 years.  So, in his despair, he seeks solace by lording over restaurant patrons and claiming to have responsibilities beyond serving, such as running the front of the house and guiding a renovation of the restaurant, both of which appear to be fanciful.

In Stephen, Clark plays a really juicy role that is written for belly laughs, and he extracts audience reaction well.  Ridgeway and Marietta are more like straight men (people?) in more ways than one.  They often counterpunch with wry commentary, but they show their comic chops like pros as well, delivering their lines with crisp timing.

In the end, it’s all kind of much ado about nothing, but wasn’t that a successful comedy as well?

“Slow Food,” written by Wendy MacLeod is produced by Altarena Playhouse, and plays on its stage at 1409 High Street, Alameda, CA through February 19, 2023.