Met Orchestra and Levine at Carnegie 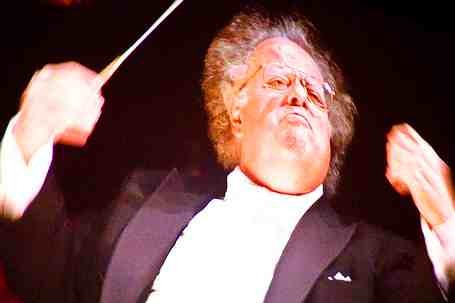 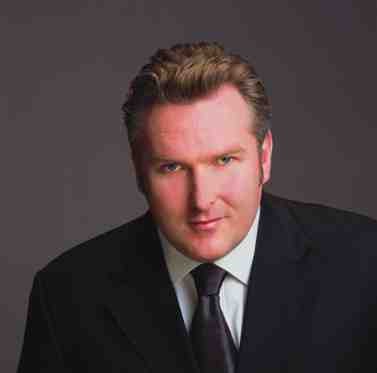 Simon O'Neill once sang for Pavarotti and didn't take his high note. Pavarotti had him sing again. He made it, and he has never stopped making it since then. A perfect heldentenor with just enough ping. 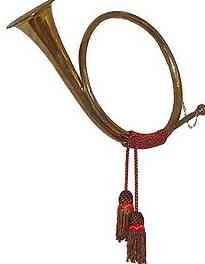 The curator of musical instruments at the Metropolitan Museum of Art was in attendance on Sunday, and reported that the Met has a post horn in its collection if you want to look at this wonderful sounding instrument up close.

James Levine conducted a sublime program at Carnegie Hall on Sunday afternoon.  No one conducts Mozart with as much joy and understanding.  Levine brought to Mahler's most succesful marriage of orchestra and voice the lushness and despair the composer mixed throughout Das Lied.

It is hard to think of musical pleasure to compare with Mozart and Mahler played by the Metropolitan Orchestra under Levine in Carnegie Hall, where even silence has a special quality.  The Mozart Serenade is a seven movement piece designed to mark the end of the academic year and the departure of students from Salzburg.  It’s unlikely that it was directed at Mozart’s employer, Archbishop Colloredo, although Albert Einstein was convinced that the first movement pictured the conflict between the Archbishop boss and Mozart, the employee.

The first movement is slow and majestic, but before you know it, turns into an allegro.  The orchestra captured the sly, chatty question and answer between instruments and played with the musical jokes.  The ending coda amusingly emphasizes that the key is D Major by obsessively repeating the D Major chord.  The occasion is clearly one for celebration. Only the 5th movement Andantino suggests melancholy.

Mozart speeds on to lovely flutes and oboes in quartet and a Minuet which features a delightful piccolo two octaves above the violins.  A charming melody is interrupted by the call of the post-horn designed for the mail call.  The next stop is being announced – for the students and perhaps for Mozart, who is leaving provincial Salzburg for greener pastures.

In the final movement, Mozart pulls out all the typical musical figures of the period – ascending and descending scales, arpeggio passes, and military brass calls.  The Met orchestra is up to this infinite variety and spoofs a gloomy shadow with too many repetitions of the D Major chord, again!  Never too many with Mozart.  The Met orchestra can take sometimes indifferent music and manage to produce delightful and fresh work, just as Mozart did.

Maestro Levine then conducted the Mahler Das Lied von der Erde.   Haunted by his daughter’s death and his own serious health problems, Mahler wanted to use all the resources available to him to portray the end of life.  Even at eighteen he had written a forecast of his inarguably most complex and beautiful symphonic work:  “..when wilt thou take the abandoned one unto thy breast?  Mankind has banished him from itself and he flees…to thee (beloved earth or erde).”  Das Lied reveals nature.

The frame in Mahler is often the first and last movements.  Here, tenor Simon O’Neill, with a beautiful squillo that pinged effectively through the orchestra, focused like a laser beam, sang first some drinking phrases about the comforts of wine and moved quickly on to the main theme: The contrast between our brief lives on earth and the eternality of nature.  The silvery quality in his high notes, broadcast by his big voice, may resonate because his lung power was developed playing the tuba. Large as his voice is, he has a subtle control of dynamics.

Michelle de Young, who has a dark, rich mezzo of extraordinary range, alternated songs with O'Neill.  Her tone painting was affecting and her lovely legato lines soared.  Her voice has good heft and is not too ethereal. Her expressiveness, deeply felt and projected.  In the final song, which is interspersed with an orchestral interlude, her voice was bathed in a vivid and sensuous awe, as she moved from despair to wonder, the ebb and flow of this Mahler work.

The final movement unfolds with unhurried drama, concluding with stunning emotional impact.  Both O'Neill and de Young were beautifully integrated with the orchestra.

The music, as always under the Levine baton, was glorious. The Maestro continues to bring forth everything a composer offers as though you were hearing it for the first time. Watching Levine, however, was painful.  He walks with difficulty, making an effort to be spry as he enters and exits the stage, but walking as quickly as he can to get it over and done with.  On the moving chair he often seems perilously close to falling off and has to prop himself up with one of his conducting arms to stay seated.  Last year his feet and legs were constantly conducting too, but now they hang limp, as though they had lost muscle power.  Let us hope the Maestro regains the physical power required for a conductor.

The first program of the Tanglewood season is a pot pourri of opera with two of the most promising young singers around, Angela Meade and Joseph Calleja, awaiting the Maestro's return to the Berkshires.  Meade was a sensation as Norma at Caramoor last summer and Calleja is being compared to Gigli and Caruso.  All scheduled singers deserve the Maestro comfortable in his conducting seat.

Meanwhile, other concerts of the Metropolitan Opera Orchestra are scheduled at Carnegie, the finest performing space of all.

Sunday, April 10 and Sunday, May 15.
carnegiehall.org