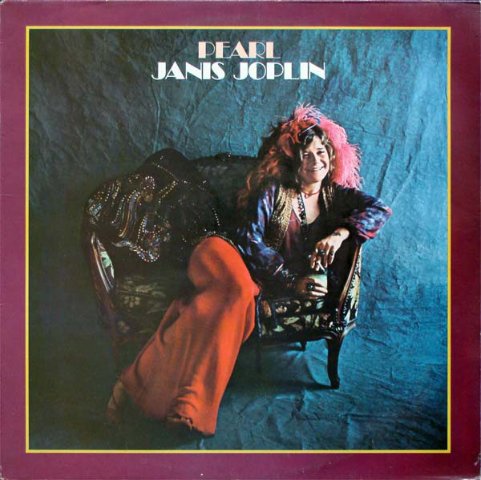 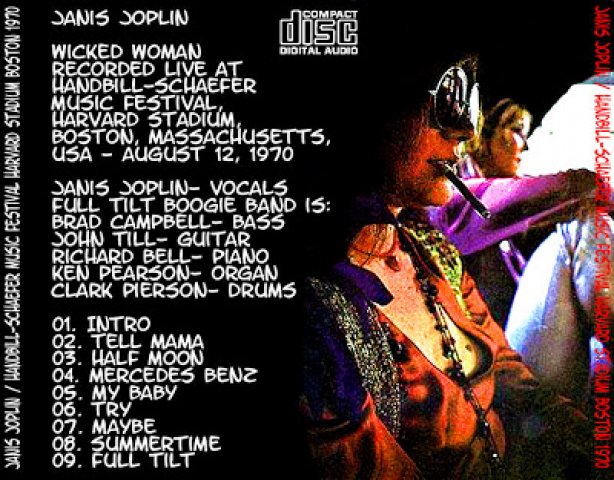 The sound quality of the Harvard Stadium bootleg is poor. 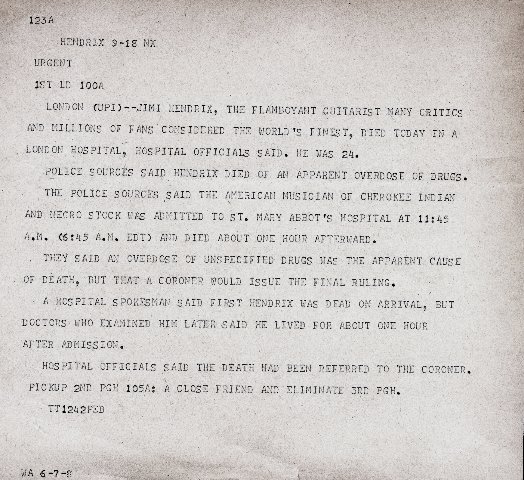 I saved this wire service rip and read.

I was hired by the daily Boston Herald Traveler in 1970 to cover jazz and rock.

The music of the era, a golden age, was woven into a tapestry with warp and woof comprised of social and political change radiating from protest against war in Vietnam.

The music was agitator and catalyst as well a means of unification and pacification.

Through the national syndication of underground papers, targeting a massive youth market, on April 28, 1969  Columbia Records ran a controversial ad that stated “The Man Can’t Bust Our Music.”

That didn’t sit well with the suits at corporate headquarter on the upper floors of Black Rock. It implied that corporate America condoned and encouraged illegal activities from drug use to radical protests.

Caught between Black Rock and a hard place Columbia Records pulled its ads from the underground press. Other record companies followed suit. Without that financial resource most underground papers folded. They were replaced by more moderate ‘alternative weeklies’ like the Boston/ Cambridge market of Boston After Dark/ Boston Phoenix, Cambridge Phoenix and The Real Paper. With professional journalistic standards they won back entertainment industry advertising.

Seeking a share of the youth market through mainstream media, Boston Globe and Boston Herald Traveler created staff positions to cover what my editor, theatre critic Samuel Hirsch, regarded as “popular music.” There was a big news hole to fill with daily reviews and a Sunday feature in the pull out Show Guide.

There was a lot to cover from jazz clubs to rock venues. By then, the most popular rock acts evolved from clubs to the old Boston Garden, stadiums, and festivals. On my watch covering the music transformed from casual to corporate. Early on, one had backstage passes and access to the green room. At some point that phased out. Today, music managers see their job as controlling access  and limiting the media. Rolling Stone opened the door to that by allowing final edits to top acts.

On many levels it was the best job in the world to be covering the music I loved. Then it got dark. I was dismayed to find myself writing rock obituaries.

Signing on at the Herald Traveler it was not what I anticipated. The sense of loss and sadness was personal. On August 12 I had covered what proved to be the final performance of Janis Joplin at Harvard Stadium. She was in California recording her final, posthumous album “Pearl.” Given the state she was in during that appearance an overdose came as no surprise.

During an earlier time in New York I hung out in the green room of The Cheetah with a musician I knew as Jimi James. He did all those iconic riffs with a Broadway soul band Curtis Knight and the Flames. Gerry Berkery and I visited a flop house hotel to give him some photos we took. His low key manner was very different from the Jimi we knew on stage.

Just prior to death by suffocation inhaling vomit he seemed exhausted during a Tonight Show appearance. He was scheduled for a performance in Boston that never happened. I saved the wire service report which incorretly stated that he was 24.

While I was on Spring break in Paris I visited the grave of Morrison at Père Lachaise Cemetery. That inspired a conceptual art installation and photo collage exhibition. I created a tombstone and stuffed trash bags interspersed with strands of swamp reeds. It was a metaphor for the hereafter. On the floor of the gallery I scattered Chinese hell money and a coffee can of coins I had saved. My art school colleagues just scratched their heads. At the end of the show it was amusing to see the school's accountant, Anita, down on hands and knees picking up the pennies. Visitors had already nicked all the nickles, dimes and quarters. In that sense the show was popular with students and perhaps some teachers.

On Aug 14, 2015 The Beatles played Shea Stadium. Above the roar of the crowd nobody heard the music including the band. After that they ceased touring and became a studio band.

The first stadium rock event I covered was Sound Blast ’66 at Yankee Stadium. It included several acts from the Cowsills, to the Byrds, Little Stevie Wonder, and headliner Ray Charles. Several years ago I wrote a feature on that event for the Yankee’s magazine.

It was a time of festivals from Woodstock to Newport. During long hot summers cities sponsored neighborhood events and festivals like Boston’s Summething under Mayor Kevin White in 1968. The annual music events were staged at different locations on Boston Garden.

In 1970, Scheafer Beer co-sponsored a summer concert series at Harvard Stadium along with the city of Boston’s “Summerthing.” The stadium has 35,000 seats but concerts were limited to 10,000 at $2 per person. The lineup included The Grateful Dead, Miles Davis, Ike and Tina Turner, Van Morrison, B.B. King, and The Supremes, as well as Janis Joplin.

It was the end of Joplin’s tour with a Canadian band: John Till, guitar, Richard Bell, piano, Ken Pearson, organ, Clark Pierson, drums, Brad Campbell, bass. They were the musicians who backed her on “Pearl.”

The concert was brief and chaotic. They performed “Tell Mama” “Half Moon” “Mercedes Benz” “My Baby” “Try” “Maybe” “Summertime” and “Full Tilt.”

I was 29 that summer just a year older that the exquisite corpses I wrote about. One may say that “I remember when rock was young.” This is what I wrote nearly 50 years ago.

Janis Joplin at the Stadium

By 7:30 PM Janis Joplin pulled in back stage demanding as quick fix of J&B to warm up her act.

After two and a half hours of schlock rock, sandwiched between tons of beefy security, Janis staggered onto the erector set stage. Gonzo, she sipped from a paper cup, snapped her fingers for a cigarette and stared bleary eyed at the fans occasionally rotating her million dollar hips.

Producer John Sharer shook his head on stage as equipment men struggled to set up a sound system. For the second time this summer valuable speakers and amps had been ripped off by midnight movers.

“It’s been like this since 9 AM” he said. “The phone hasn’t stopped ringing and by noon we sold out.”

Huffing and puffing in tie died, wine red velvet pants, a black lace blouse, gold thread vest, and a feather dangling from her hair Janis was impatient yelling “Let’s go, come on toots. Let’s get the show on the road. Stop ego tripping and get it on.”

Sarcastically, a fan quipped “She’ll be sober by the time they get her on.”

Finally, at 10:30 PM Janis bounded on as a spot pinned her revealing a face with all the charm of a Green Bay Packer and a head start on a double chin.

Janis attacked a song with the vengeance of the Vietcong. She squats down and grabs the mic belting a song into the bleachers. She seems intensely nervous almost frantic before each song. Cupping her hands together and listening to what the band is giving her.

In the middle of a song it’s all flat out, wide open delivery which leaves her huffing and fighting for breath as the fans scream for more. Like a fighter who has been in the ring too long Janis knows that she has to deliver even when she’s on the ropes. She never spares herself as each round is for a title shot when you’re the queen of rock.

Between songs, relaxing a bit, with the crowd with her, she launched into a bit of Port Arthur philosophy. It purples the ears and leaves little that is decently quotable. Janis makes no bones about it as she launched into “Try Just a Little Bit Harder.” What she can’t remember she makes up.

She tells the band “five chords in D” and then improvises “Oh Give Me an Old Mercedes Benz Cause My Friends All Got Porshes.”

Always a pro she conducts the band in an off-handed manner with a thrust of the hip. Her phrasing is always fine as she strains through a raspy, version of Gershwin’s “Summertime.”

Fending off calls for “Ball and Chain” Janis compromised with “Piece of My Heart” and another great hit “Maybe.”

After a struggle with a big band, which just dragged her and produced poor record sales for her “Kozmic Blues” album Janis she returned to a small combo. Her band is Canadian with organ, piano, lead guitar, bass and drums. They provide just enough backing for her without getting in the way.

Somewhat sobered by her efforts Janis and police escort departed by 11:30. 35,000 fans marched peacefully over the bridge to Harvard Square past an army of police seemingly armed for the Tet Offensive. They sported helmets, grenade launchers, gas, dogs, machine guns and walkie talkies…(end of the review)

Given that the sound system was set up under pressure the technical quality of the performance was limited. The bootleg LP than surfaced provides flawed documentation of what proved to be her last live performance. It provides the bawdy comments that I was unable to report for a ‘family newspaper.”

Before “Try a Little Harder” she said “When I lived in San Francisco I used to live in a hotel and every day I would go out on the street looking for a little talent. But there was this chick on the second floor who seemed to be getting all the action. One day I woke up early and camped out by her door. I found out that she hit the streets at 10 AM or four hours before I did. Then I told myself that I had to try a little harder.”

A news editor with the look and demeanor of a U.S. Marine assigned me to write a Sunday piece providing my young readers with a heads up about emulating the bad habits of rock stars they idolized.

Doing as ordered I took the assignment in a different direction. Searching the paper’s morgue I looked for envelopes of clippings with headings that said “Drugs” and “Stars.” There were lots of stories going back several decades.

While commenting on the demise of Wilson, Hendrix and Joplin I dug into Hollywood and the big band era.

There were numerous celebrity busts. Drummer Gene Krupa served 90 days for smoking pot in 1943. When actor Robert Mitchum was busted in 1948 he told that judge that he smoked up to three marijuana cigarettes a day.

I concluded the piece with the notion that they had succumbed to the pressures of their professions and had “only tried to entertain us” urging readers to remember them with compassion.

On Monday morning, passing  by that editor, he snarled but said nothing. I had done my job.

From then to now nothing has changed. Whom the gods love continue to die young. One might quickly mention Tim Hardin, Kurt Cobain, Whitney Houston, Michael Jackson, Amy Winehouse and the suicides of Philip Seymour Hoffman, Robin Williams and Anthony Bourdain. All of these losses continue to feel personal with no end in sight.