Ajax at ART and Lots More 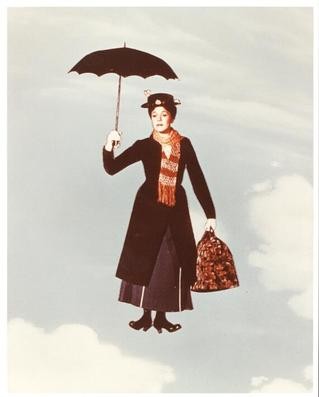 Mary Poppins will be soaring spirits at the Opera House. 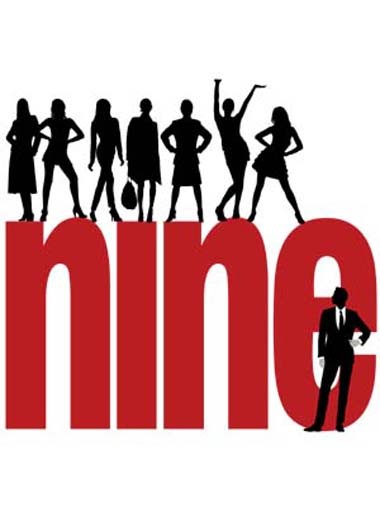 Nine will play at the Speakeasy. 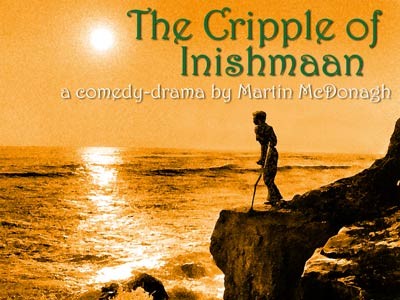 Check out the Cripple of Inishmaan.

Transcendant Man is coming to the Coolidge.

Aside from what the groundhog will say on the 2nd, what else don’t you know about February? Well… according to the Georgian calendar, February is the second month of the year, and also the shortest month, but you knew that.

February 30 was a standard part of the Julian calendar as originally devised, and occurred in a few of the years of the early Roman Empire, and would still be with us if it were not for the vanity of the Emperor Augustus.

According  to tradition, Augustus, the Roman emperor, took one day off February to add one day to August, the month named after him? In Shakespeare’s time about 400 years ago, February was called “Feverell,” and now you know.

The Reagle Music Theatre of Greater Boston welcomes back by popular demand The Mills Brothers With special guest Gina Eckstine, daughter of acclaimed jazz vocalist and band leader Billy Eckstine, this hit-filled concert is a tribute to the artists’ legendary predecessors whose unforgettable tunes are iconic entries in the Great American Songbook.

Mills, who performed for 17 years with his father, Donald Mills, the last surviving brother of the original Mills Brothers, and Hopper, lead singer with The Platters for 21 years, recreate the unmistakable harmonies and swinging sound of the celebrated quartet while bringing their own contemporary flair to The Mills Brothers’ remarkable repertoire. Perennial favorites include “Tiger Rag,” “Cab Driver,” “Glow Worm,” “Lazy River,” “You Always Hurt the One You Love,” and the chart-topping multi-million-selling “Paper Doll.”

Rising star Gina Eckstine opens the concert with selections from her newly released CD “Everything I Have Is Yours.” Borrowing from her famous father’s greatest hits, Eckstine spices classics like “Prisoner of Love,” “Misty,” “I Apologize,” “I Could Write a Book,” and “Nice Work If You Can Get It” with a hip, sultry, smoky voice reminiscent of another dynamic jazz vocalist and talented progeny, Natalie Cole.??,” “Everything I Have Is Yours,” “Blue Moon” and “Caravan.” His legacy, however, spans generations. His unmistakably smooth baritone is preserved on 44 albums distributed from 1950 through 2006. produced by PBS that captures a 2007 concert featuring classic American hits performed by a veritable who’s who in popular music of the decade.

WHAT: LUCK OF THE IRISH
WHEN: February 3 at 7pm
WHERE: Huntington Rehearsal Hall, 254 Huntington Avenue, Boston
TICKETS: Free and open to the public. Seating is limited. RSVP at www.huntingtontheatre.org/breakingground .

The new play The Luck of the Irish by Huntington Playwriting Fellow Kirsten Greenidge (Bossa Nova) will be read Thursday, February 3 at 7pm as part of the Huntington Theatre Company’s Breaking Ground reading series. Obie Award winner Melia Bensussen (Circle Mirror Transformation) directs. The reading, located at the Huntington Rehearsal Hall, is free and open to the public, though reservations are required as seating is limited.

A poignant examination of how war affects the mind of a solider, Sophocles’s tragedy speaks directly to our times. The legendary Greek warrior Ajax is second only to Achilles in greatness and though they are victorious as the city of Troy falls to the Greeks, Ajax struggles under the weight of psychological and physical injuries, trying to maintain his dignity, identity, and honor.  His inability to cope with the trauma of war, the shifting moral landscapes as the rules change from war to peacetime, raises timeless questions about what happens when a warrior has to return to civilian life following deployment and how society acknowledges its responsibility for the well-being of its soldiers.  The production further examines society’s role in accepting returning heroes into a peacetime community.

Producing Artistic Director Paul Daigneault celebrates SpeakEasy's 20th anniversary with a very special production of his all-time favorite musical, nine. Based on Fellini's classic film 8½, this spectacular show tells the story of celebrated film director Guido Contini, who is facing both mid-life and marital crises after turning 40. Drifting toward a nervous breakdown, Guido finds himself examining his past flawed relationships with the many women who have come through his life, while struggling to accept and live life as a mature adult man. Kopit and music and lyrics by Maury Yeston, NINE tells the story of  Italian film director Guido Contini, who is facing both personal and career crises as he approaches his fortieth birthday. Torn between his relationships with three women, haunted by images and memories from his past, and bereft of an idea for a new film after suffering three flops, Guido struggles to move forward as the boundaries between his inner life and reality begin to blur.

Timothy John Smith will star as Guido Contini in the SpeakEasy production, a role made famous on Broadway by film legends Raul Julia and Antonio Banderas, and played by Academy Award-winner Daniel Day Lewis in the recent musical film adaptation.

Mary Poppins is supercalifragilisticexpialidocious!  What is the loooong word and is it Yes it is an English word, with 34 letters, that was in the song with the same title in the 1964 Disney musical film Mary Poppins. Now a hit Broadway show.

I saw the original production in London and took my granddaughter Ava to see it again in NY. She loved it and for me it was like eating an ice cream sundae, not too nutritious but very delicious and not a problem to see again.

MARY POPPINS , is bringing its own brand of Broadway magic to theaters across the country, which has Variety raving, “This is the rare touring production that over-delivers on every level!” Featuring the irresistible story and unforgettable songs from one of the most popular Disney films of all time, plus brand-new breathtaking dance numbers and spectacular stage-craft, MARY POPPINS is everything you could ever want in a hit Broadway show! So get swept up in the fun of this high-flying musical the New York Post gives 4 out of 4 stars and calls “a perfect piece of musical theater.”

The Cripple of Inishmaan is a quintessentially Irish comic masterpiece with eccentric island characters trading stories to within an inch of their lives while a young man tries to make sense of who he is. This production revives the unique partnership of the Druid ensemble with writer Martin McDonagh and director Garry Hynes. It’s 1934 and the sleepy island of Inishmaan is abuzz with the news that Hollywood filmmaker Robert Flaherty has arrived on the neighboring island of Inishmore to film his movie The Man of Aran. For orphaned Billy Claven, who has been relentlessly scorned by Inishmaan's inhabitants, the film represents an escape from the poverty of his existence. He vies for a part in the film, and to everyone's surprise, it is the cripple who gets his chance.

A huge hit in New York, where it enjoyed an extended run at the Atlantic Theater Company, this marks another triumph for director Garry Hynes, a Tony Award winner for her work on McDonagh's The Beauty Queen of Leenane. The finest traditions of Irish theater are realized in productions by this world-famous acting troupe.

Recommended for ages 12 and older.

Druid Theatre was founded in Galway in 1975 by graduates of the National University of Ireland and was the first professional theatre company in Ireland to be based outside Dublin. The company also tours around the world, making Druid one of the best known theatre companies in the English speaking world. Druid has always worked to reinvigorate perceptions of classic dramatic texts and to engage with new writing of a challenging, innovative and daring kind.

"Break-your-heart, cruelly funny...directed with an exhilarating ruthlessness and acted with a bracing lack of sentimentality" – The Guardian UK

“…side-splitting, rib-tickling, knee-slapping … not to mention heartbreaking and soul-crushing…” - Theatermania

Druid is grant-aided by the Arts Council of Ireland and gratefully acknowledges the support of Culture Ireland for funding its international touring program.

Here is something interesting and different to attend. Learn the behind-the-scenes secrets of that little box that we all watch too much, TV.

Now President of NBC Universal Women and Lifestyle Entertainment Network, Zalaznick is one of the most important media executives in the country and was named among Time's "100 Most Influential People" and Fortunes "50 Most Powerful Women." Joyce Kulhaiwick will talk to her about her career and the future of the entertainment industry.

WHAT: TRANSCENDENT MAN A Film about the life and ideas of RAY KURZWEIL
WHERE: COOLIDGE CORNER THEATRE, Brookline MA
WHEN: MARCH  21, 2011

Transcendent Man is the critically acclaimed film that explores the life and ideas of Ray Kurzweil, the renowned inventor and futurist who journeys the world sharing his incredible vision of a future in which we merge with our machines and vastly extend our longevity and our intelligence...all within the next thirty years. Barry Ptolemy explores the social and philosophical implications of these changes and the potential threats they pose to human civilization in dialogues with world leader Colin Powell; technologists Hugo de Garis, Peter Diamandis, Kevin Warwick, and Dean Kamen; journalist Kevin Kelly; actor William Shatner; and musician Stevie Wonder.