Unique Taste of the Berkshires 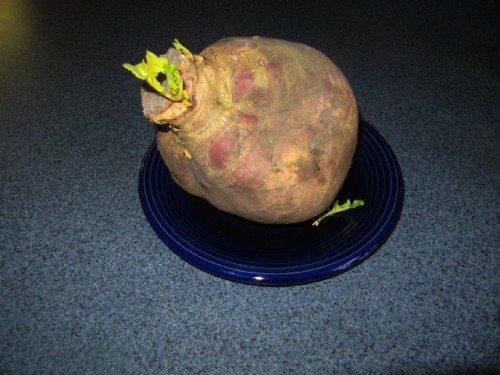 The formidable Florida Turnip in its natural state. 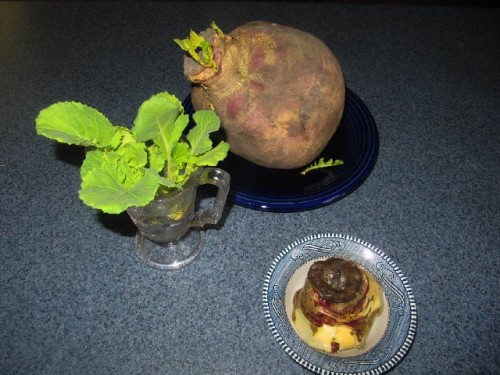 The volunteer greens made a floral arrangement and the head in water for sprouting. 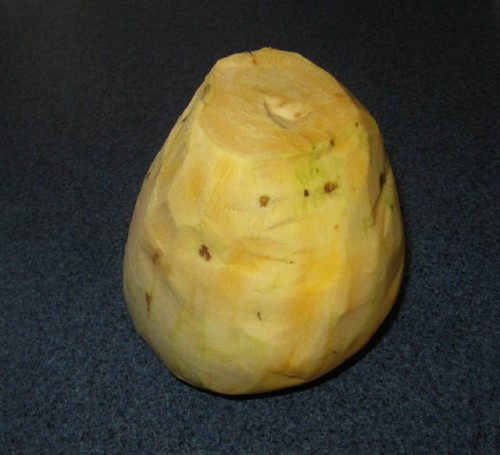 After the outer skin is removed. 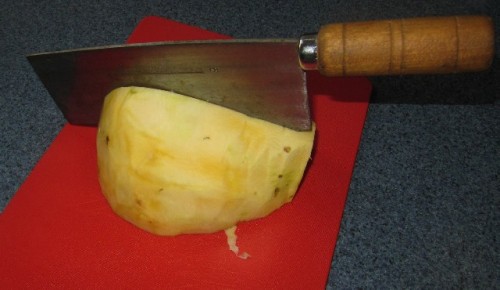 A Chinese meat cleaver proved to be the perfect tool to split the turnip. 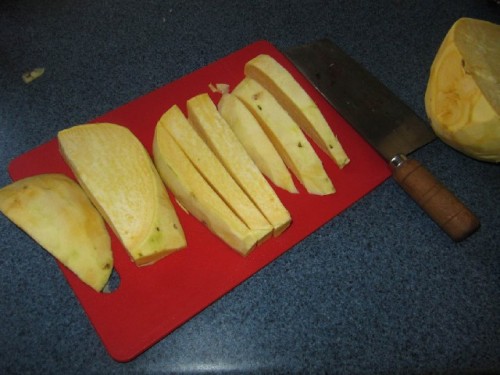 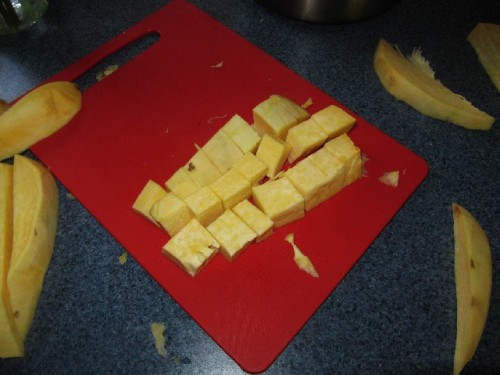 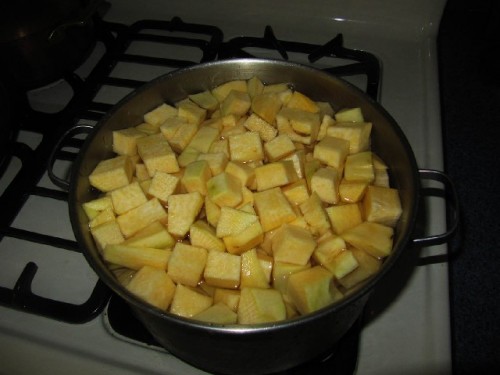 Simmered for an hour and a half. 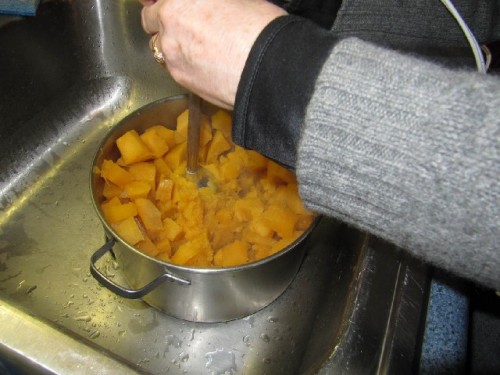 Mashing with the right tool. 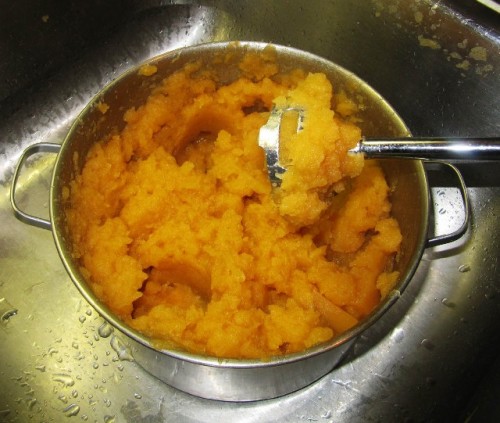 Ready to serve with butter, fresh ground nutmeg and cinnamon. 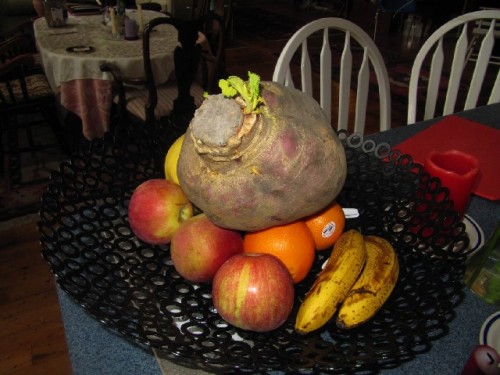 The backup turnip waiting for the right occasion.

During a holiday gathering in the Berkshires we first heard of the legendary Florida Turnip.

We assumed that meant turnips from Florida.

You know, Florida as in Florida.

No, not that Florida, we were told.

Florida as up the Mohawk Trail out of North Adams. On the mountain pass.

The bucolic hamlet of Florida. Population about 676.

Where conditions are just right to grow the enormous, sweet and tasty Florida Turnip.

Something about soil and early frosts.

Others around the table chimed in.

Given their size and sweet, subtle flavor it seems that no Thanksgiving or Christmas feast is complete without a heaping serving.

On the drive past Jaeschke’s Orchard at the base of Mt. Greylock I spotted the sign.

It was December and they were getting ready to close down for the winter.

But, yes, there were just a few left as I was escorted to the walk-in cooler.

There they were a small pile of them.

Not much to look at.

Can’t say I was ever thrilled with eating turnips.

They weighed in at around four pounds each and cost about $16.

Costs more in the few markets and specialty stores, like Wild Oats in Williamstown, that offer the unique produce.

“We start selling them around mid September” I was told. “The whole crop of some 6,000 pounds lasts through Thanksgiving. You’re lucky to get the last of it.”

To eyeball one is daunting.

It’s a big critter to lay into.

“I invested in a machine” the farmer said. “It peels and shreds them real good. So I sell it bagged and ready for the pot. But that costs more.”

You may well be surprised to consider a tax and spend liberal from Massachusetts waxing all pious about domesticity and family values.

May I have an Amen.

Truth is I had pretty much forgotten about the turnips.

Astrid pulled them out of the cold room and asked “What are you going to do with these?”

Like taters going bad in the root cellar they were sprouting greens off the tops.

Time to suck it up.

How to attack these monsters.

A Google search didn’t help much. There were comments threads in local papers but nothing like recipes or advice.

Using a carrot scraper with some effort I managed to peel it. Surfaces I couldn’t get to I attacked with a knife.

That knife, my favorite, wasn’t up to the task of splitting it.

A chef is only as good as his or her tools.

That Chinese hatchet languishing in the bottom of the knife drawer proved to be perfect.

If you lack that kitchen accessory you might consider a chain saw.

Taking all the proper safety precautions of course.

Having split the sucker we proceeded to cut the turnip into strips.

These just about filled a medium sized pot.

Brought to a boil the turnip cubes were simmered for an hour and a half.

The project took the better part of the afternoon but I was multi-tasking.

Astrid poured off the extra water into a large glass. She drank some and passed the rest to me.

“That’s where the nutrients are” she said.

It was sweet and delicious.

Putting the pot in the sink because of spatter she had just the right tool for mashing.

Once processed the total mass was reduced to about half the pot.

It was served with fish and salad.

Astrid clarified butter to mix in and then grated some fresh cinnamon and nutmeg over it.

With lots of leftovers.

Then there is that backup turnip.

Now that I’m an expert we’ll make it the feature dish to build a dinner party around.

So, friends, neighbors, and fellow Democrats.

That’s the true story of the legendary Florida Mountain Turnips.