The Haunted Windchimes and Bellowhead 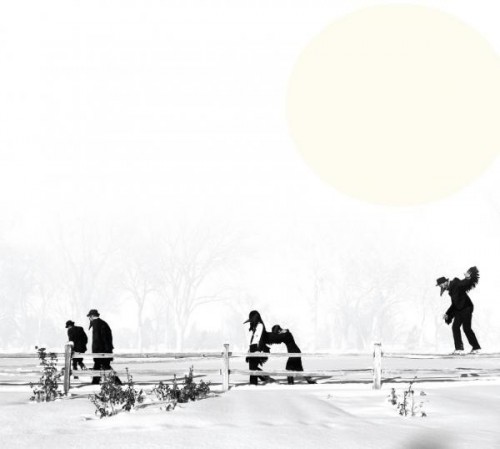 CD cover for "Out With The Crows" 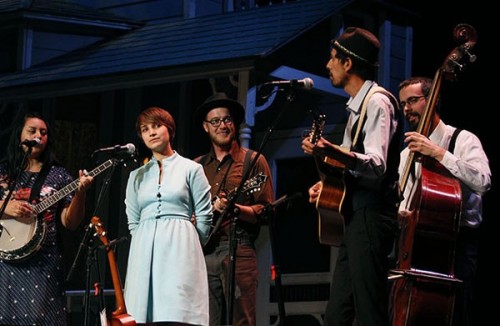 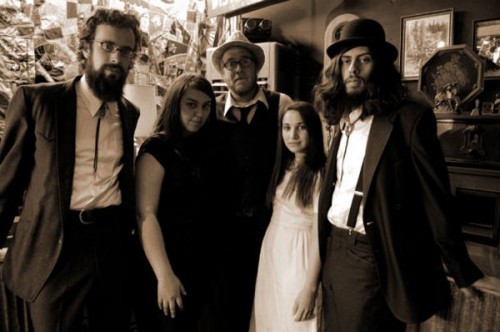 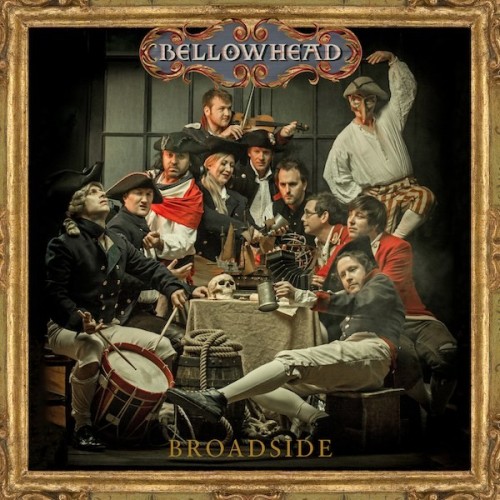 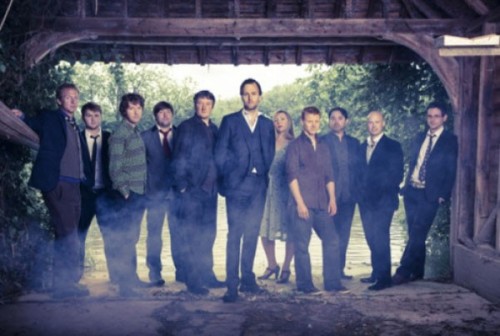 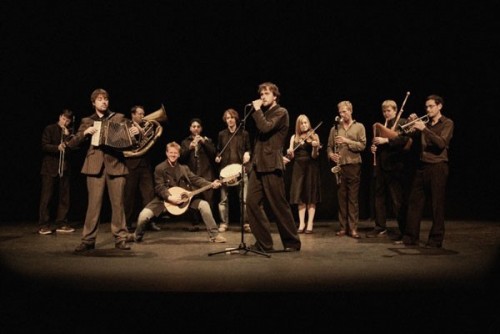 Two wild extremes each in their own way quite satisfying comprise the pair we report on today. One hails from the mountains of Colorado and the other from the British Isles. The first uses traditional string band arrangements with contemporary if vintage themed lyrics while the second brings more contemporary arrangements to a program of all traditional material. Both have found themselves included in someones "Best of 2012" list.

This group was brought to our attention recently as a response to an earlier review of “Best of” CDs.

Fascinated by the name of the group but leery of what they might actually be generating, yet curious on hearing that they had performed on Prairie Home Companion, I was instantly converted to a delighted and ardent listener, and have since taken every opportunity to share this CD with anyone who will listen.

This roots styled string band writes most of their own songs, but they sure sound like they could be from the pre-digital years. For my peers, I suggest that if you were fond of the Kweskin Jug Band or other similar groups you will find here a band worthy of carrying on that tradition. I do not mean to say that they sound alike, but that they have a similar musical sensibility and create a diverse program of music reminiscent of those other bands.

Siblings Chela and Inaiah Lujan, brother and sister, harmonize with Desirae Garcia beautifully.  During solos, each of the ladies has a delicate fragile timbre that builds a sweet lyrical tension. Inaiah has a voice smooth as maple syrup, smoky as bacon and sings without effort. Instrumentally these three on banjo, guitar and ukulele are enhanced and supported by Mike Clark’s versatility on mandolin, guitar and harmonica and with a rock solid bass line set down by Sean Fanning.

From the opening title tune “Out With The Crows” through to the very end, a waltzing metaphorical lament by Desirae, each song is unique. As with many superb releases, my favorite changes each time I listen and often several times in the course of a single listen.

Foremost in this program is the intense sense of intimacy established between the performers and their music and how openly they share that intimacy with the listener. Secondly, the restraint that is exercised in every number forces us to anticipate each note, each rhythmic or melodic change. This in turn results in a feeling of satisfaction with the completion of each musical phrase. Thirdly, I hear  throughout, echoes of musical phrases from the swing band tunes of ‘40s pop.

I have not heard their earlier release, “Honey Moonlight,” but what I gather from other’s comments is that the band has matured, gelled, and plays now with a confidence and self awareness that promises many future successes.

I know I want more.

Here is a live performance video of "Out With The Crows"

If there can be a group more diametrically opposite in approach than that above, Bellowhead is surely in contention. Broadside, in the sense of all cannons firing in unison from one side of a man of war, is an apt description of this release by the 11 member band. Brass, reeds, percussion as well as strings bring a musical approach embracing pub song to music hall to full stage musical revue. The irony is that every single number here is a traditional ballad, worksong, drinking song, or shanty.

Other writers have previously commited to print their doubts that Bellowhead could ever encapsulate in a recorded performance, the outrageous energy, the boisterous, rowdy, raucous performance that they bring to their live performances. With Broadside, they come as close to it as I can imagine possible.

I enjoyed this program from the opening 19th century ballad, “Byker Hill” (and Carthy Swarbrick fans will be taken aback by this version) all the way through to the final shanty, “Go My Way.” There is only brief tempering of pace for the reflective “Betsy Baker”, the chaotic clamoring of “Black Beetle Pies” and the melancholy indulgence of “What’s The Life Of A Man?” and otherwise they are at full tilt with such rich harmonies, such captivating rhythms it is nigh impossible to sit still rather than stomp and prance about with them. And by the end of most songs, this listener, at least in private, is roaring out the chorus lines right along with them.

Most of the lead vocals fall upon the more than competent voice of frontman Jon Boden, but he is supported by a number of other fine singers in the group.

In many ways this group is the natural evolved spawn of the British folk-rock groups of the ‘60s, Pentangle, Fairport Convention and Steeleye Span. They breathe the same vitality into the material, they involve the emotional complicity of their audience and they entertain to beat hell.

Bellowhead is a joy. I pray I get to experience them live. Until then, I am glad to have this release.

Here they are with Byker Hill