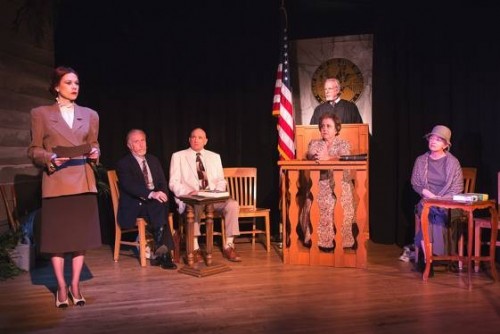 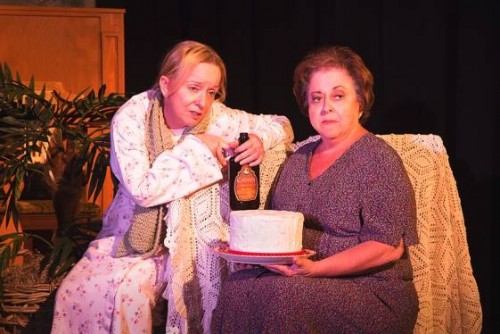 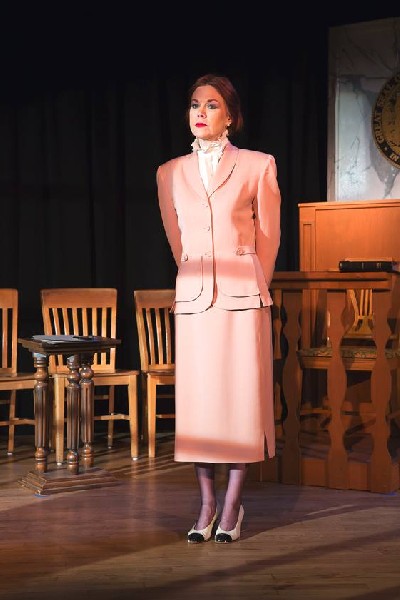 Dezart Performs, the Palm Springs based theatre company is currently presenting the Southern comedy/drama “Invasion of Privacy”, written by Larry Parr and deftly directed by Judith Chapman.  Based on the true story of the fight for one woman’s freedom of speech and another’s right to privacy, the play is a classic example of the constitutional dilemma the judiciary faces when it comes to protecting the rights of all citizens.

As is often the case, big things often have small beginnings.  When Marjorie Kinnan Rawlings, the acclaimed southern novelist, Pulitzer Prize winner, and author of “The Yearling” penned her novel “Cross Creek”, in 1942, she never dreamed her stories based on her friends and neighbors would become the basis, of the first-ever libel suit in the state of Florida brought by her friend Zelma Cason.

Similarly, when Rosa Parks refused to give up her bus seat to a white male passenger, in Birmingham, Alabama 18 years later, she never dreamed that her defiant act of civil disobedience would help launch the 1964 civil rights movement in the South; changing the country forever.  Both cases required the judiciary to weigh in to render a verdict in settling the issues.

Playwright Parr’s comedy-drama takes a lighter tone when it comes to the libel suit “dust-up” between two old friends who have placed their pride and hurt feelings up front and center in this Florida court procedural comedy hoot.  The play is based on actual court records, however the delivery and style of the actors is more comedic than that of a dry, boring, and somewhat dramatic libel suit.

“Invasion of Privacy” director Judith Chapman asks the audience in her program remarks to take a step back in time to the 1940’s.  That was a time when a woman lawyer was a novelty in the South, and man’s moonshine was nobody’s business, and that an “invasion of privacy” lawsuit was something of a brand new issue, which eventually, became a popular reason for going to court.

It’s the solid cast, under Chapman’s direction, that makes the play so appealing and entertaining.  Starring as the warring friends are Gina Bikales, in a finely nuanced serio-comedy performance as Marjorie Kinnan Rawlings, and Louise Ross as the prickly, salty-speaking backwoods Floridian Zelma Cason.  The two women are a delight to watch as each tries to score non-legal points from the witness box in the courtroom of dignified and patient, Judge John Murphree, nicely played by Jason Lewis.

The two attorneys:  Yo Younger as the lawyer for Zelma Cason, delivers a cool, but passionate performance as Kate Walton, one of Florida’s first female lawyers.  Corbett Brattin as Sigsbee Scruggs attorney for the defendant Marjorie Kinnan Rawlings brings a spirited, down-home defense case, for a not guilty verdict for the jury to consider. Marjorie’s supportive business-man/hotel owner husband Norton Baskin, gets a finely drawn performance from Peter Nicholson.

“Invasion of Privacy” is one of two Dezart Performs productions that ended in a tie for Best Play in the company’s annual Staged Reading Festival, which is held every April in Palm Springs.  The other play to receive a full production this season was “Exquisite Potential”, which was performed last November.