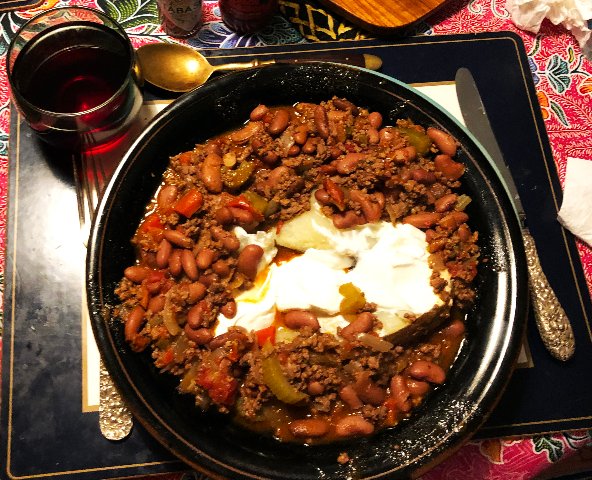 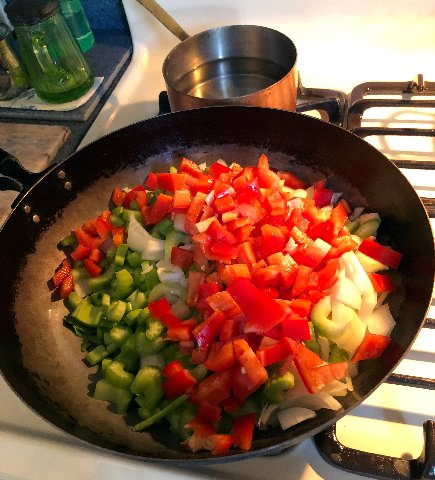 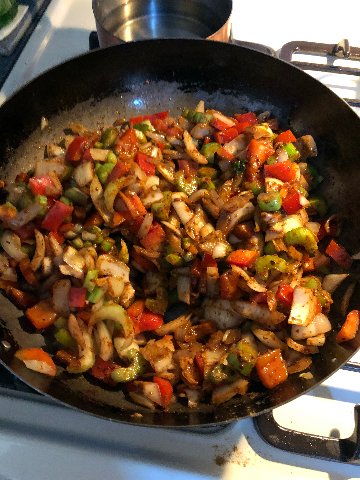 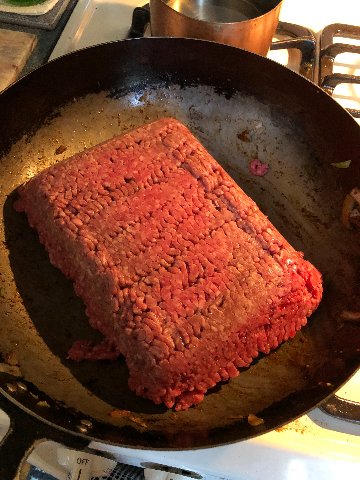 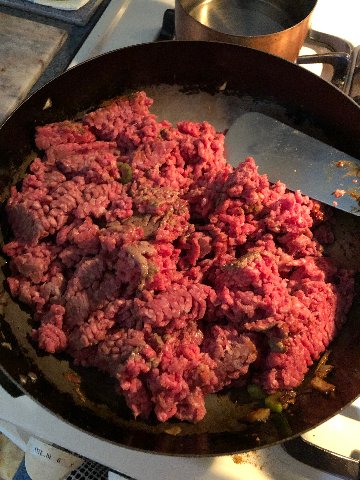 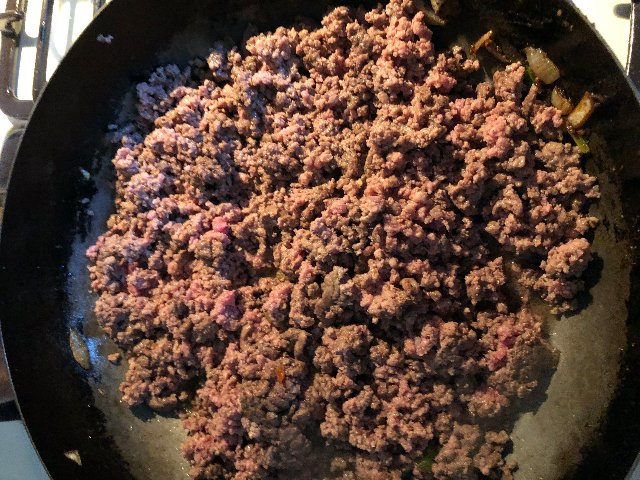 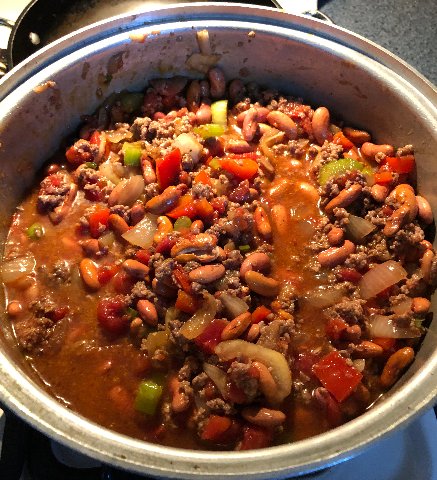 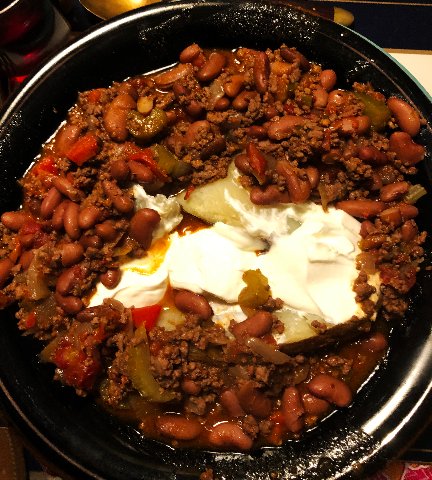 Now in the winter of our discontent what better time for hearty chili?

But with an inventive twist, plated around a baked potato with sour cream.

The Idaho spud and chili complemented each other deliciously.

This was a Sunday dinner project that started on Saturday night soaking two packages of red kidney beans. Once reconstituted it was quite a lot and I bagged about a third and tossed in the freezer.

There was a lot of chopping and, as usual, I made a mess. But swept up what fell on the floor.

From watching chef shows I am getting better at slicing onions, in this case four, medium, sweet ones, but my “knife skills” are less than spectacular.

I got the job done adding four stalks of celery and a large sweet red pepper.

It was a large amount so I caramelized in a wok. To which I added a mélange of spices. Three teaspoons of cumin, two of spiced paprika, and two of chili powder.

Astrid can’t eat hot food so I made the chili suitably mild. The hot sauce, generously, was added at the table.

Separately I browned three pounds of lean ground meat. That was chopped up until it lost its red color.

Using a large mixing bowl I combined the meat and onions in batches and put that into a large pot. Doing it in stages meant that it was well mixed.

In the pot I added one can of crushed tomato. I could have used more and a can of potato paste but it came out just fine. That was topped off with a box of chicken stock enough to cover the mix.

The mixture was brought to a boil then on low heat simmered for two and a half hours. I stirred the pot at regular intervals and filled a cup for lunch. I did not precook the beans so they kept their texture. This is an advantage, and cheaper than using canned beans.

The potatoes were baked for two hours and proved to be just perfect. One was placed in the center of the bowl, split, and filled with sour cream. The chili was ladled around it.

It was a hit with Astrid and with proper hot sauce mine was just fine. The potato proved to be a nice substitute for rice. She sprinkled on shredded cheese but I opted not to.

We have enough for a couple of meals and brought some to our neighbors Dawn and Dez. They are chili connoisseurs so we look forward to their opinion.