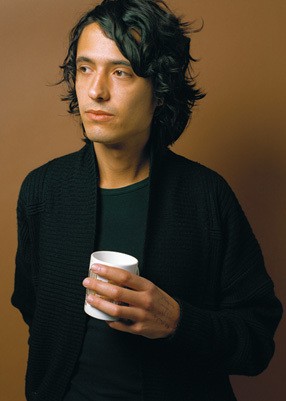 Invasion a play by the Swedish playwright and novelist Jonas Hassen Khemiri that has enjoyed great success in numerous European productions -- will receive its U.S. premiere presented Off-Broadway by The Play Company and directed by Erica Schmidt, opening Monday, February 21 at Walkerspace (46 Walker Street) in Tribeca.


This production of INVASION! by The Play Company – which last season presented to considerable acclaim the English-language debut of Toshiki Okada’s play ENJOY Off-Broadway – has an English translation by Rachel Willson-Broyles. PlayCo is now in its 11th season Off-Broadway: Kate Loewald is Founding Producer and Lauren Weigel is Executive Producer.

INVASION! is a subversive comedy that centers on “Abulkasem,” a name that bears seemingly magical powers, and a series of characters who assume the name for their own reasons. Who is “Abulkasem”? Is he a character in a fairy tale, or an international super-spy? Is she a renowned auteur director? Does he/she pose a clear and present danger? And is there more than one? That all depends on who you ask.

Mr. Khemiri is an acclaimed author and playwright of Tunisian and Swedish parentage. INVASION!, his first play, has enjoyed considerable success in Sweden, Norway, Germany, France, Austria and the United Kingdom. He won Sweden’s top prize for best literary debut with his novel “One Eye Red,” and his newest novel “Montecore: The Silence of the Tiger,” was awarded Sweden’s highest honor, the Per Olov Enquist Prize. “Montecore” will be published in the U.S. by Random House in Spring, 2011, marking Mr. Khemiri’s English-language literary debut and coinciding with the run of INVASION!.

Scenic design for INVASION! is by Antje Ellermann; costume design is by Oana Botez Ban; lighting design is by Matthew Richards; and sound design is by Bart Fasbender.

The Play Company is dedicated to adventurous new writing by playwrights from the U.S. and around the world, linking NYC artists and audiences to a whole world of plays. Recent productions include the U.S. premiere of ENJOY (Japan), the NY premiere of Lloyd Suh's AMERICAN HWANGAP (U.S.), the U.S. premieres of Przemyslaw Wojcieszek's MADE IN POLAND (Poland); Robert Farquhar's BAD JAZZ (England), Vijay Tendulkar's SAKHARAM BINDER (India); Yoji Sakate's THE ATTIC (Japan); and The Presnyakov Brothers' TERRORISM (Russia); as well as world premieres of the American plays SMASHING by Brooke Berman, HIGH DIVE by Leslie Ayvazian and EDGEWISE by Eliza Clark. Play Co. received a 2007 Obie Award for its "unique contribution to the theatre community."

INVASION! is scheduled through March 13.