From Brooklyn to Broadway 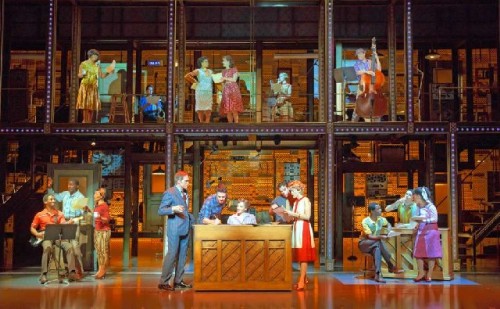 Exploring facets of her life. 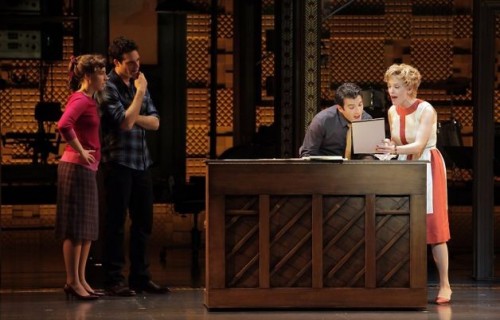 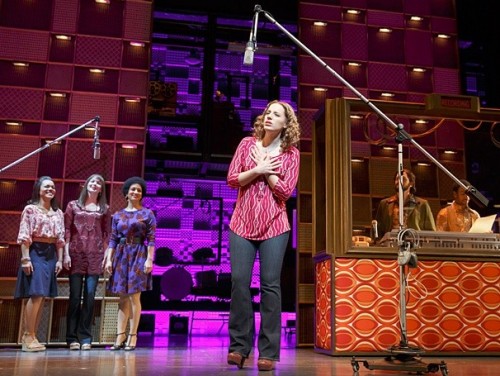 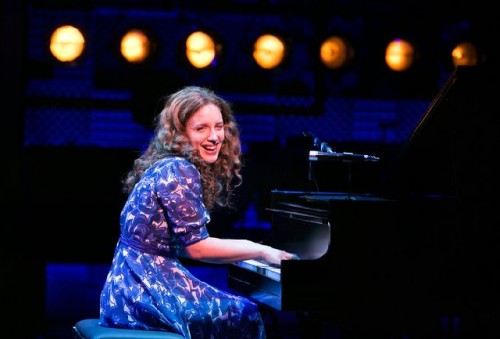 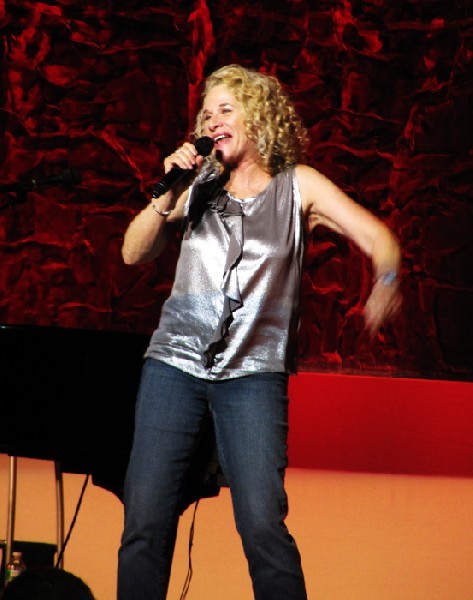 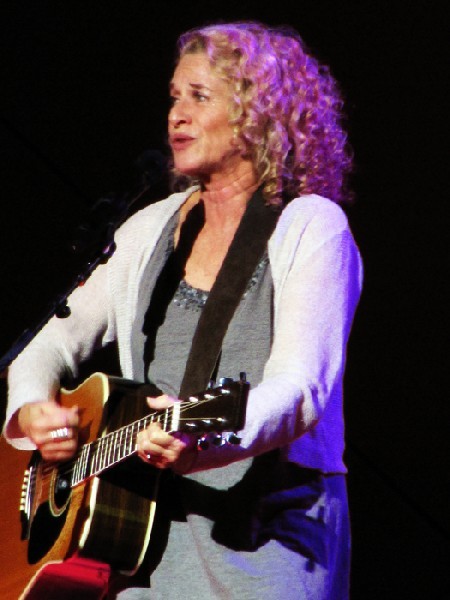 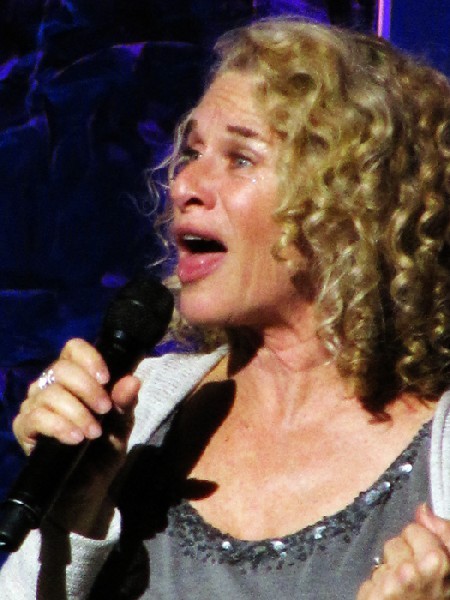 All those amazing hits. 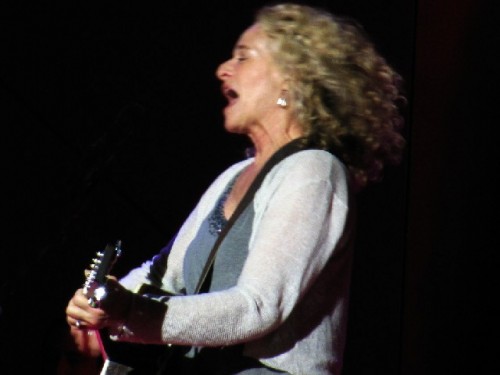 Belting out a song. 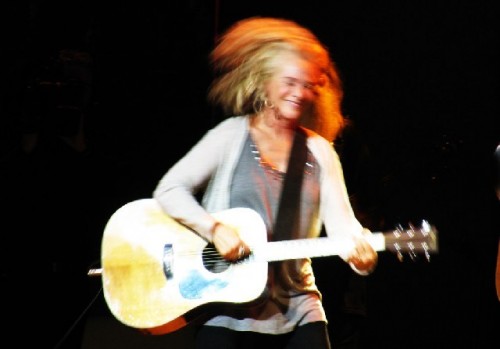 A blur of kinetic energy. 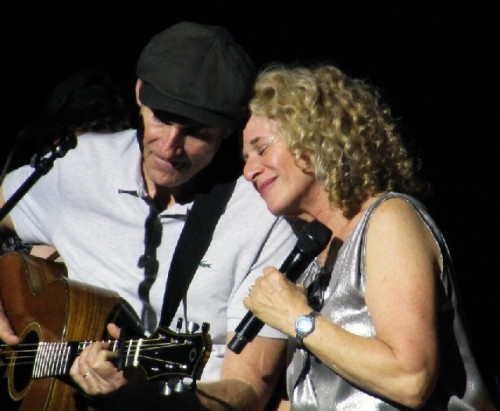 Whether found on the stage, TV, at the movies, or housed at your local museum, there is nothing more challenging, or for that matter more annoying, than having your own lifetime experiences recycled and sold back to you.

Sin number one is that you have to pay for it. Sin number two is that they never get it 100% right. Of course, one could say the same thing about the storied obituaries found in the New York Times, the fictionalized resumes of job applicants, and your own diary jottings. There is a lot of padding, skip-over’s, eliminations, and stretching of points.

Still, there are times, especially in theatre which is the one live art most in your face, when getting every little fact down is far less important, than catching the essence—a tried and true fact that Jersey Boys and Motown The Musical are still capitalizing on.

Beautiful—The Carole King Musical, currently at the Stephen Sondheim Theatre on Broadway, is another prime example where song and dance, beautifully delivered by a talented cast and crew, trumps the storyline.

The feel-good script, sanitized to a fare thee well, is thinner than a slice of bologna. Nowhere is it mentioned that King formed a band called the Co-Sines in the '50s, and made demo records with her friend Paul Simon for $25 a session. Nor are we told that King was married 4 times and birthed 4 children. On top of this some twenty years plus of King’s life remains unaccounted for.

Also shockingly missing – I told you they don’t get things 100% right - is the fact that Carole King attended James Madison High School in Brooklyn, the same one that I attended. Carole Klein as she was known in those years belonged to Gamma Phi the same sorority as my sister Annette.

Nor was it even alluded to that King used to come over to our house and was in no way the shy lady the play makes her out to be. Like all of Annette’s chatty sorority sisters Carole had an opinion about everything.

Missing information aside – who other than me wants to know such stuff – let it be said that King’s heart-swelling songs, beautifully delivered by Jessie Mueller and company, transported me back to my youth. Yes, those of us long in the tooth were made to feel young and vital again.

For those too young to know much about Carole King – which includes most people under 50 – you can go to Wikipedia which I did. King’s career, started to blossom in 1960 at the tender age of 18, with her number 1 hit Will You Love Me Tomorrow. Written with Gerry Goffin - King’s first husband, the only one you get to meet face-to-face in the play - it was recorded by the Shirelles.

King’s career climbed to the top of the mountain with her 1971 album Tapestry which allowed the lady for a 2nd time – the first album flopped - to play the piano and sing her own songs. It sold 25 million copies worldwide. Winning 4 Grammys, it remained on Billboard’s Chart for an unheard of six years.

Awards, too many to list, were to follow. King was inducted, along with Gerry Goffin, into the Rock and Roll Hall of Fame in 1990. She became the number 2486 star on the Hollywood Walk of Fame (2012), and was awarded the Grammy Lifetime Achievement Award in 2013. Now she is conquering Broadway.

Reawakening us to the singer-songwriter’s vast repertoire, Beautiful opens with King, stunningly brought to life by Jessie Meuller, singing So Far Away at Carnegie Hall. Taking us full circle, the musical ends on a high note with King, once again at Carnegie Hall, singing Beautiful the show’s title.

In between the Carnegie bookends, we witness King’s early Brooklyn beginnings, comedic exchanges with her mother (the delightful Liz Larsen). There is the struggle to have her songs recorded. Then the first big break given to her by record producer Don Kirshner (Jeb Brown whose masterful maneuverings hold the play together). We also learn of a close but competitive friendship with fellow hit-making songwriters Cynthia Weil (Anika Larsen) and Barry Mann (Jarrod Spector).

Adding romance, as well as a touch of disappointment and sadness, is King’s fairytale marriage and subsequent divorce — he just couldn’t keep his pecker in his pants - to her songwriting partner, Gerry Goffin (a very sexy and seductive Jake Epstein). The marriage marks the birth of her first two children – talked about but never seen – and King’s eventual move to Los Angeles where she lives today.

Sandwiched in between King’s truncated history, all smoothly directed by Marc Bruni and choreographer Josh Prince, are some 26 hit songs sung by the four songwriters, as well as an ensemble of actors. Each one representing the original individual or group who recorded the song. Along the way, smoothly integrated between scenes, we are serenaded by the look-alikes of Neil Sedaka (Oh Carol), the Shirelles (Will You Love Me Tomorrow), Drifters (Up on the Roof), Righteous Brothers (You’ve Lost That Lovely Feeling), and Little Eva (Ashley Blanchet) of Locomotion fame.

The five leads, all cleverly gift-wrapped inside the musical’s nubile singing and dancing ensemble, carry the play’s simple story. Mueller, without any flashy makeup, hairstyle, or clothes – no star attitude here – emphasizes King’s humble, down to earth attitude. What we see is a kind of Plain Jane – writing songs, tending to her husband, and raising children who we never see, as she climbs the ladder of success.

Breaking News! It is rumored that Mueller is being courted to play the lead in a rival of Funny Girl. With her beautiful voice, wonderful sense of timing, and a letter perfect Brooklyn accent, she is the best choice to reprise the role that Streisand originated both on Broadway (1964) and on the Big Screen (1968).

The perky writing team of Weil and Mann, friends and competitors of the Goffin’s – both accomplished singers – add yet another layer of interest. We watch their tenuous relationship begin to develop. It is especially fun when they get to sparing, not only among themselves but with record producer Kirshner whose job it is to decide which singer or group is going to record whose song.

Mystery kicks in as we wait to see who Kirshner is a going to assign each song to and if it is going to be a hit once recorded. The wonderful thing about this page to stage is that that the audience is treated two renditions of each of song.

The first time around the songwriters get to sing their own song. The second version, performed in concert style by actor’s playing the song’s original performers – those that put the song on the chart – was simply thrilling.

Some audience members swayed in their seats throughout the evening to the rhythms of the music. Others had tears sliding down their face, as memories of their long lost youth flooded both brain and heart.

Many were heard vociferously extolling the musical’s virtues as they exited the theatre. Not a few were heard to say they just don’t write songs like they used to.