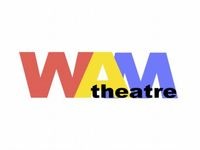 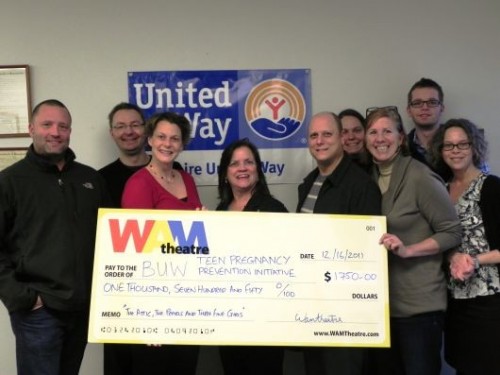 After a successful second year that included presenting The O Solo Mama Mia Festival, which benefited the training of a community midwife at Edna’s Hospital in Somaliland, the first 24hr Capital Region/Berkshires Theatre Project, which involved over 50 theatre artists, and The Attic, The Pearls and Three Fine Girls which led to a $1750 donation to the Berkshire United Ways’ Teen Pregnancy Prevention Initiative, WAM Theatre is pleased to announce it’s 2012 Season.

The second 24hr Berkshires/Capital Region Theatre Project, co-produced with MOPCO, will take place on April 13 + 14 at Shakespeare and Company in the Bernstein Theatre complex with a public performance taking place at 8pm on Saturday, April 14.

It will again involve over 50 professional theatre artists from the Berkshires of MA and the Capital Region of NY and will showcase five new works by women playwrights with everything written, rehearsed and performed in 24hrs. For more info: http://www.wamtheatre.com/2012-24hr-berkshirescapital-region-theatre-project/

In August, WAM will create a new piece of devised theatre entitled ‘Women & Technology’ during the WordxWord Festival in Pittsfield. WAM will spend five days as artists in residence, opening up the devising process to the public and completing their residency by presenting a public performance of the material created during the festival.

The piece will center around the impact of technology on young women’s lives and will include interviews with community members as springboard material.  The project will be directed by WAM co-founder Leigh Strimbeck and marks WAM’s official launch of devising original works of ensemble theatre that center around issues of importance in the lives of women. This project is sponsored in part by a grant from the Pittsfield Cultural Council.

Jim Benson, founder of WordxWord and WAM Theatre board member says, “Part of WordxWord’s mission is presenting new works, and new performers.  WAM’s new project 'Women and Technology' is a perfect example of that.  This piece will be current in real-time, and will have a lot to say about where we are, and will question a lot of our assumptions about what role technology and staying current with technology is doing to us.”

In the fall of 2012 WAM will present the World Premiere of The Old Mezzo by Berkshire based writer Susan Dworkin. The play concerns the political awakening of a great opera singer, who must risk her fame and success to preserve the freedom that is so essential to the arts. The beneficiary for this production will be a Berkshire based women’s organization. Ms. Dworkin is best known for her books The Viking in the Wheat Field and The Nazi Officer’s Wife as well as her play All Day Suckers.

Kristen van Ginhoven, WAM’s Artistic Director says, “We look forward to collaborating with more local professional artists in the 24hr Project, to creating our first official devised theatre project at the WordxWord Festival and to ending our third season with the World Premiere of a play by a local playwright that will benefit a local women’s organization. We are so grateful for all the incredible support WAM has received since launching two years ago and are excited for the WAM Adventure to continue in 2012!”

Additionally WAM announces that Artistic Director, Kristen van Ginhoven, has been selected for a spot in the Stratford Festival of Canada’s Michael Langham Workshop for Classical Direction. While at Stratford Kristen will assistant direct 42nd Street, directed by Gary Griffin. Link to Stratford Press Release: http://www.stratfordfestival.ca/media/media.aspx?id=646

“The WAM Theatre Board congratulates Kristen on this prestigious opportunity”, says Nick Webb, President of the Board. “We look forward to all she will bring to WAM from her time at the Stratford Shakespeare Festival.”