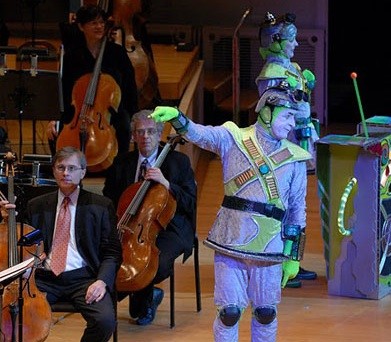 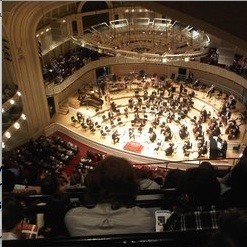 The stage of Symphony Hall, Chicago. A space ship? 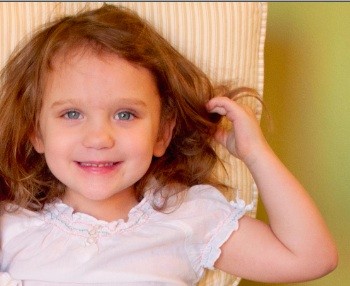 Aliens from Planet X landed in Chicago on the stage of Symphony Hall at approximately 11 am on Saturday, February 8th. Quickly word spread that a Martian cylinder had also landed in town. Orson Welles, who nurtured his talent in the Thorne Rooms of the Art Institute, just across from Symphony Hall, announced an earlier Martian arrival.

While the city’s panicked citizens fled town through fat puffs of snowflakes falling over Michigan Drive, many young people embraced the two grown up ETs on stage. (In case you have been wondered what ETs are doing these days.) The aliens were unable to speak any earthly language, but gestured with signs.

Parents may have been terrified, but we are in a new world. Often gravity is defied. All the galaxies are embraced, entrancing young people.  Space is reflected in music, a universal message.

Music’s origins in the beating of chests and the tapping of feet could be seen not only in the aliens’ music, but throughout the Hall. No one seemed anxious to return to outer space in the space ship that hovered over the stage.

The engaging conductor Cristian Macelaru and Symphony orchestra members introduced music as we conventionally understand it to the aliens on stage and to the audience.  Planet X Aliens created their own form of music. Both orchestra and aliens made their case with charm.

The program was punctuated by the thrilling prospect of an other earthly venture. Yet it was grounded in America and the music of the New World. Only Dvorak was missing. But he is for another time and space.

Young concertgoers, embracing the aliens while the outside world fled, were entertained by Aaron Copeland’s “Tis a Gift to be Simple” and his rousing hoedown from Rodeo. Children popped up from their seats and beat rhythms with their booted feet, leaping into the other worlds that the Chicago Symphony holds in store for them.  They joined the aliens' swooping arms signifying “Go,” and the clapping alien hands which indicate “Concert."  They came to understand also the thrill of the tuba’s mysterious growl and the lambskin covered mallets muffling the drum beats.

Morton Gould incorporated jazz in his Symphonette No. 2 and Symphony Hall swung to the rhythms. Leroy Anderson’s Typewriter Song has always had to be played on drum, because only aliens could type fast enough. They did, on their R2D2 keyboard.

When the aliens time on stage was up, the musical ET himself arrived. John Williams, who composed the score for the film, had wanted to be a pianist when we was growing up. He was afraid of performing and became a composer instead.

If you are young and considering how to join the music world, think about the wisdom of Joyce Idema, longtime CSO member: “We need listeners!”

The space ship reappeared and the aliens, responding to ET’s simple call for home, left for their Planet X. My companion Adeline could not resist the prospect of the music on Planet X and left with them. She has already beamed back some tweets and twitters that the CSO audience will not be able to resist. Teaching children the irresistible magic of music early on is the best way to ensure a civilized future. Aliens are always welcome.