Gutsy Blues at the Colonial in Pittsfield 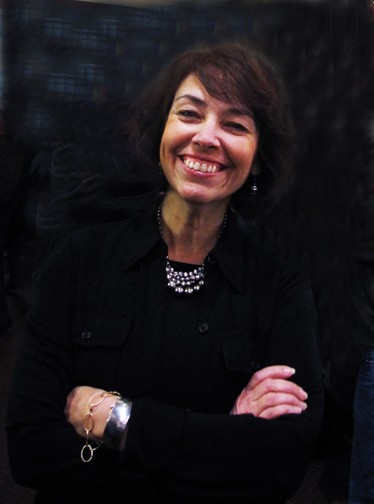 Artistic director, Kate Maguire, was pleased with the strong turnout when she introduced Hot Tuna Blues. 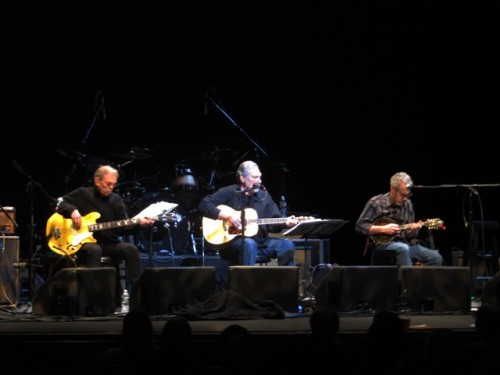 The evening started with an acoustic set with left to right Jack Cassady, Jorma Kaukonen and Barry Mitterhoff. 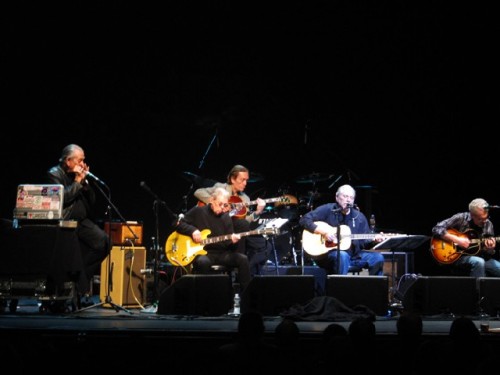 They were joined by Charlie Musselwhite and G.E. Smith. 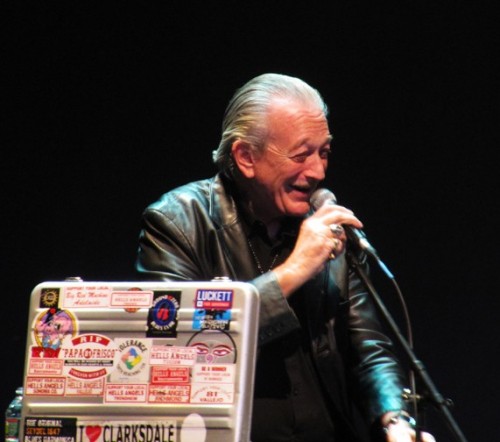 Charlie Musselwhite travels with a case of mouth harps. 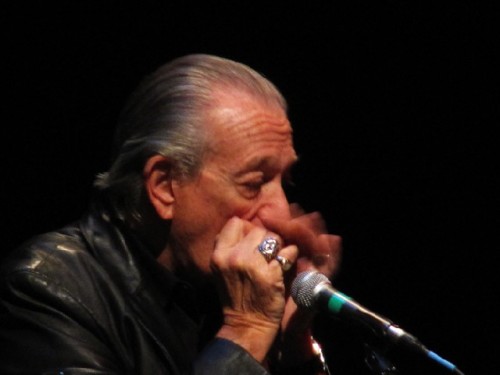 He was the heart and soul of the blues. 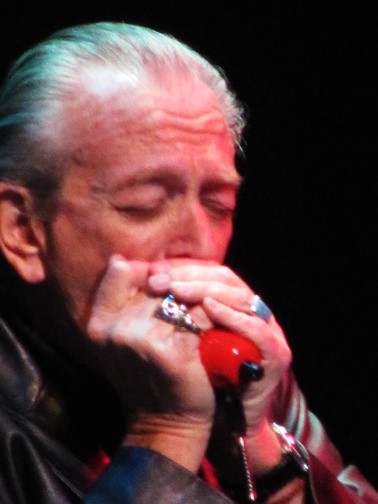 Musselwhite who is a Grammy nominee this year got down and dirty. 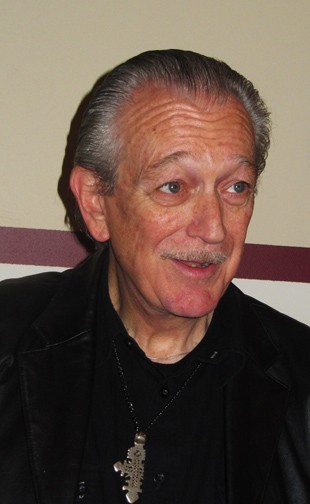 This year Musselwhite is a Grammy nominee. 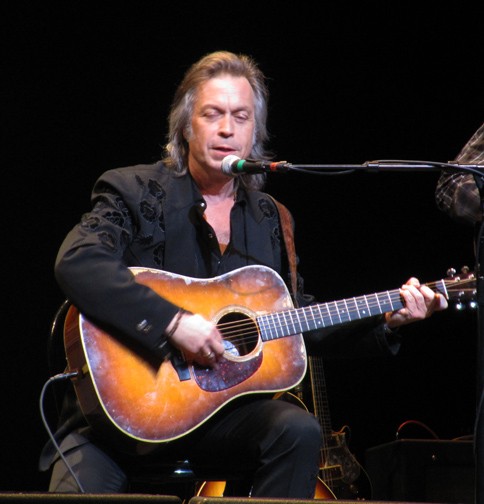 Jim Lauderdale lightened the mood with a couple of comical songs. 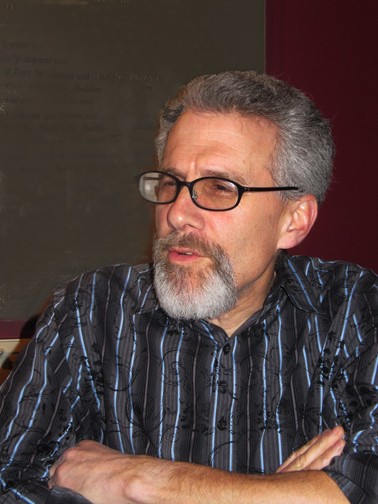 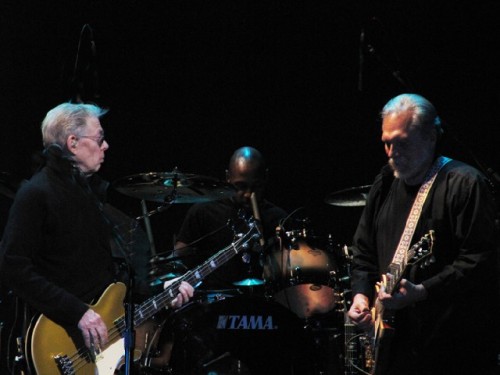 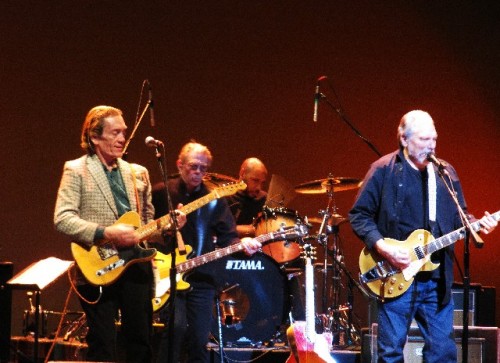 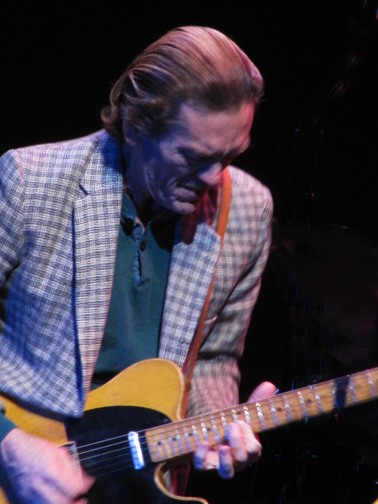 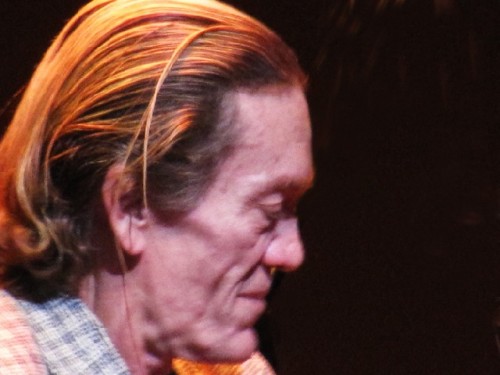 G.E. Smith is a master of Delta style slide guitar. 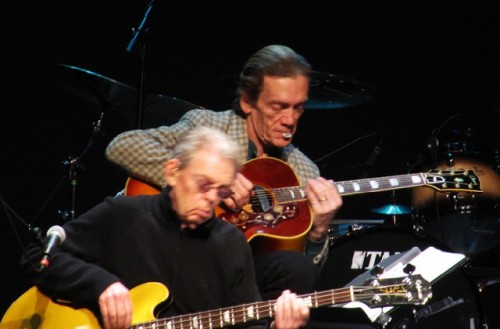 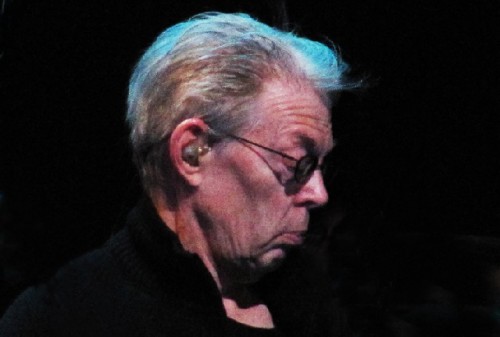 Jack Cassady may be the greatest rock/ blues bass player on the planet. 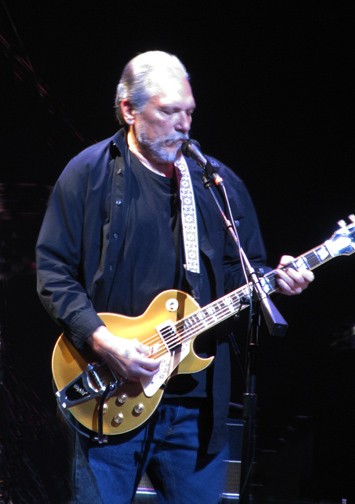 Jorma has written new material for the first Tuna studio album in 20 years. 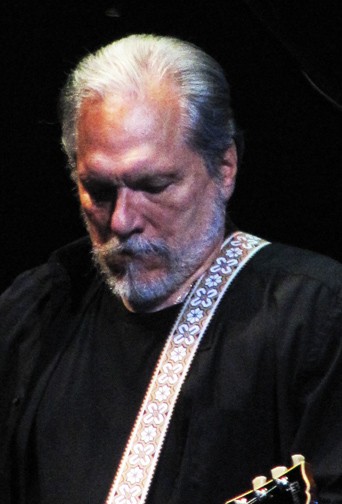 Jorma has come a long way from the psychedelic Frisco years.

Mountains of snow line the streets of Pittsfield in the record breaking winter of 2011. On a cold winter, mid-week school night the Colonial Theatre was near to capacity for a sizzling, performance of Hot Tuna Blues.

Artistic director of the now combined Colonial and Berkshire Theatre Festival, Kate Maguire, was in a familiar role but a new setting. Beaming as she looked out at a full house she introduced  the rock legends Jorma Kaukonen and Jack Cassady with friends and special guests, blues harmonica player, Charlie Musselwhite and country blues performer Jim Lauderdale.

Looking around at the splendidly restored vintage theatre several times Kaukonen referred to the beauty of the venue and the pleasure of performing in this remarkable setting. He compared it to “The usual dives and bars we perform in.”

It was a perfect setting for a richly nuanced program with spot on acoustic picking during the first set and jamming electric rock/ blues after the break.

There was an attentive, mostly older audience that listened with mellow appreciation of such superb musicianship. Even during the compelling, titubating, bone and soul twitching electric set the audience remained in their seats. Not that they did not appreciate the deeply moving music. It was more like most of us in attendance were parents and grandparents.

There were some die hard fans that shouted out for “Airplane.” It was a reference to when Kaukonen and Cassady were charter members of the psychedelic San Francisco band Jefferson Airplane. Jorma who conveyed a low key, laid back stage presence just made an appropriately pained shrug. The gesture conveyed that was then and this is now.

Which was just fine with the audience. Consider that Hot Tuna Blues filled all those seats. It should also send a strong message to the struggling theatre, now under new management. With strong booking such as this the Colonial rocks even in the dead of winter.

The Colonial Theatre has yet to release its 2011-2012 schedule but bet on its inclusion of more of the top vintage folk, rock, and blues acts. Obviously missing in the mix are strong jazz bookings.

In the past the non classical music scene in the Berkshires has been a bore and a snore. But now even Tanglewood and Mass MoCA are getting into the act. In addition to the perennial James Taylor gigs, with several more dates this season, Tanglewood has  added Earth, Wind & Fire, going head to head, June 25, with the Wilco Solid Sound Festival, June 24 to 27 at Mass MoCA. On July 26 Steely Dan will perform in Lenox. Train rolls in on August 8 with the Save Me San Francisco Tour.

While Tanglewood and Mass MoCA are confident they can fill seats during high season arts organizations are less sanguine about selling tickets when the tourists are not around.

During the coming Valentine Weekend, however, our dance card is full. Once again Shakespeare & Company is opening a winter production Mystery of Irma Vep. Barrington Stage is upbeat with Big V Day Cabaret, featuring guest artists and 21 new songs, February 11 to 13. The Met’s Live in HD the challenging Nixon in China, directed by Peter Sellers with choreography by Mark Morris, will be screened at the Mahaiwe, in Great Barrington, Beacon in Pittsfield, and at the Clark Art Institute in Williamstown on February 12.

On Friday the Williamstown Theatre Festival will announce their coming season. Jessica Stone, who directed Sondheim’s A Funny Thing Happened on the Way to the Forum, a smash hit for WTF last summer, is directing a reading of a Neil Simon play at the Clark on Monday, February 14. Jenny Gersten, in her first season as artistic director of WTF, will join Stone on stage  for a talk back with the audience.

Wow, there is so much going on. How great to brush off the car and bust out of terminal cabin fever. There is also more on tap for the Colonial with highlights including Travelin McCourys, February 26, Loudon Wainwright III and Shawn Colvin, March 11, Boston Legends, featuring J. Geils and Magic Dick, March 19, a Stones tribute, March 26, and Foghat, April 2.

Last night testified that, year round, it’s better in the Berkshires. Hot Tuna provided a stunning evening built, brick by brick, from the ground up.

The evening started with Jorma and Jack joined by Barry Mitterhoff on mandolin. Jorma started with a dedication to a musician friend who has passed away at 95. There were compellingly poignant lyrics to “What Are They Doing in Heaven Today.” That was followed by “How Long Do I Have to Wait.”

With ironic humor Jorma informed us that he had finally gotten off his ass and written some new songs. They were created for the first new Hot Tuna studio album in some 20 years. It will be released soon. They performed a preview with “Second Chance.”

Charlie Musselwhite joined them on “Baby How Long.” If you closed your eyes you could channel the licks of the Chicago blues legend Little Walter. While British rockers like the Stones, Eric Clapton, John Mayall, Jeff Beck and Long John Baldry appropriated the Chicago blues of Muddy Waters and Howlin Wolf, Musselwhite has lived the blues. His music is not an interpretation or simulacrum. As Musselwhite demonstrated several times during his riffs with the band, he Is the blues. He was as good as it gets and the heart and soul of the evening, as down home as ribs and corn bread.

This may be a very good year for Musselwhite. He recorded his first album in Chicago in 1966. This year he has been nominated for “The Well” in the Grammy category of Best Traditional Blues Album.

Frankly, I was less enchanted by the other guest artist Jim Lauderdale. He burst onto the stage with show biz pizzazz as if he were the star of the evening. His patter and one liners just seemed out of sync with the laid back, patriarchal approach of Kaukonen. There was an attempt to shift gears with the humor of his light hearted tunes “Alligator Alley” and “Trash Can Tom Cats.” He joined Tuna with acoustic guitar but his chops were not up to the other musicians.

Speaking of chops, my goodness, are there words adequate to describe the playing of the guitarist G.E. Smith. Everything about him was lean and mean from a craggy, bony face with sharp features to gutsy slide on acoustic and electric guitar. He is  one of the best musicians you never heard of who has performed with all the living legends of rock and blues. On the high frets his digging slide brought us back to the Delta where it all started.

Comparing notes with friends after the show there was a split decision. Lisa preferred the tasty, low key acoustic set while Astrid was dancing in her seat through the electric second half. For me the halves added up to a whole and a stunning demonstration of the depth and intensity of the veteran group of musicians.

In both sets Kaukonen demonstrated why he is one of the foremost musicians of his generation. It is a tribute to his skill as an artist that he is still going strong decades after Airplane crashed and burned. And Musselwhite, oh my, what a treat when he sang and soloed on “Highway 61.”

When the band came back for an encore there seemed to be some confusion on the stage. There was a conversation between Cassady and Kaukonen. There were some fits and false starts that evolved into a rhythmic vamp and groove. That’s when they cut loose the drummer Skoota Warner for a funky solo. This conflated into an extended solo by Cassady demonstrating why he just may be the greatest living rock/ blues bass player on the planet. He had been the foundation of the music all evening and it was just stunning to hear him out front, however briefly.