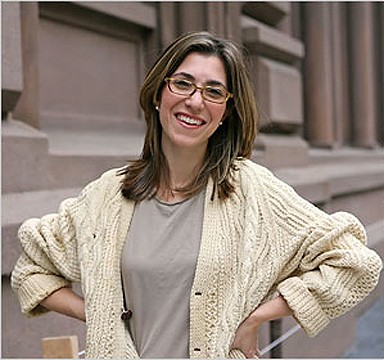 Artistic Director Jenny Gersten announced today the Main Stage line-up for the 2011 Williamstown Theatre Festival (WTF), the company’s 57th season and the first under Ms. Gersten’s leadership.  The Main Stage Season will kick-off on Friday, July 1, 2011 and run through Sunday, August 28, 2011 and will include a Broadway-bound revival of You Can’t Take It With You, the riotous Restoration comedy She Stoops to Conquer, and the American Premiere of the dazzling new musical Ten Cents a Dance.

“The 2011 Main Stage Season consists of the kinds of shows I've loved doing and seeing at WTF – a big screwball comedy, a Restoration gem, and a new romantic musical with some of my favorite songs,” Ms. Gersten commented.  “Each is challenging in its own way, and I believe they'll show the best of what Williamstown can do on our Main Stage.  To that end, we have added additional performances for the first and final shows to allow them to be seen by as many folks as possible in the Berkshires and beyond.”

You Can’t Take It With You

The Main Stage Season begins with a bang on July 1, 2011, with a Broadway-bound revival of Moss Hart and George S. Kaufman’s timeless Pulitzer Prize-winning comedy, You Can’t Take It With You (July 1 through July 23), directed by Tony Award-nominee Christopher Ashley (Memphis; Light up The Sky at WTF).

Last presented at WTF in 1966, You Can’t Take It With You is Hart and Kaufman’s masterwork which portrays the colorful, freethinking Sycamore family and the mayhem that ensues when their daughter's fiancé brings his conservative, straight-laced parents to the Sycamore residence for dinner on the wrong night. Literal and figurative fireworks erupt over the course of the evening in a household that appears to be a madhouse but proves, in fact, to be the opposite:  a sanctuary from the lunacies of the outside world.

She Stoops to Conquer

Pranks and hijinks abound in She Stoops to Conquer, a raucous 18th-century comedy of big costumes, big sets, big hair, and even bigger laughs.  Two well-bred young men arrive at the country estate of Mr. Hardcastle, intending to woo his daughter Kate and her cousin Constance, but when local mischief-maker Tony Lumpkin plays a practical joke on the city-slickers, the Hardcastle household is launched into a dizzying, deliciously preposterous romp of mistaken identity.  True to fashion, director Nicholas Martin assembles a fearless ensemble of comic all-stars and WTF favorites sure to thrill and delight.

Prepare to be bewitched and beguiled by Ten Cents a Dance, a new musical conceived by Doyle, who applies his signature style of engaging a company of actor-musicians to bring to life the extraordinary music of Rodgers and Hart.  Crooner Johnny wistfully recalls his lifelong love affair of chorus girl Miss Jones, who is embodied by five women, each portraying a different stage of her life.  As Johnny and Miss Jones take “Manhattan” under a “Blue Moon” while “Falling in Love with Love,” you can’t help but think “Isn’t it Romantic?” – even if sometimes "The Lady is a Tramp.”  These and so many other unforgettable songs – filled with infatuation, longing, and enchantment – will sparkle like a glass of champagne on a sexy summer evening.  “All you need is a ticket, come on big boy, ten cents a dance.”

A special Main Stage Season Package is available for purchase until March 11, 2011 at www.wtfestival.org

You Can't Take It With You
By Moss Hart and George S. Kaufman
Directed by Christopher Ashley
July 1 – July 23, 2011