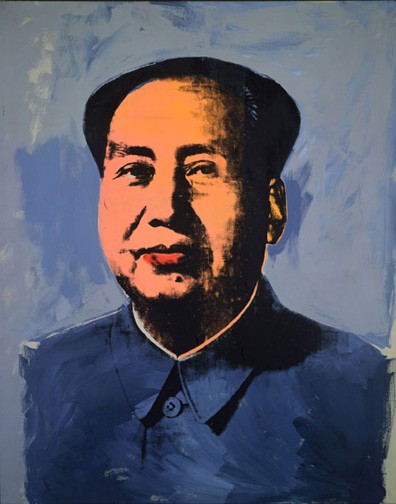 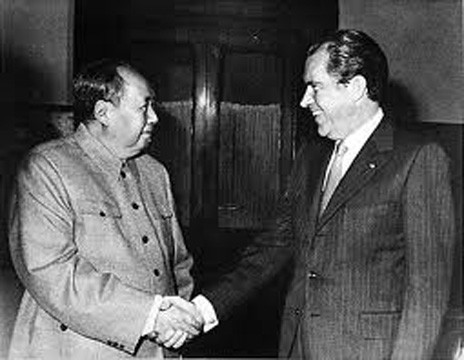 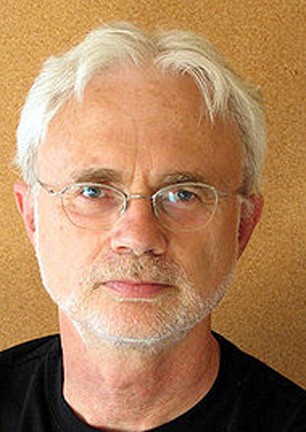 This was the first opera by John Adams who conducted at the Met. 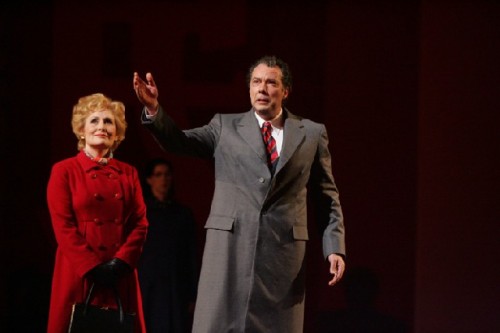 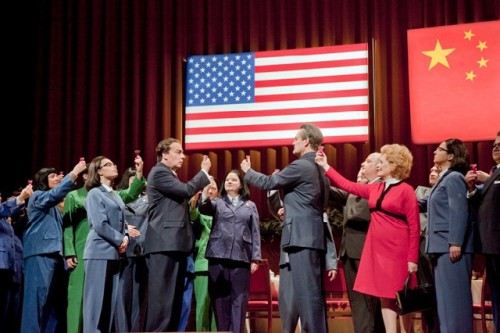 An official toast at the State Dinner. 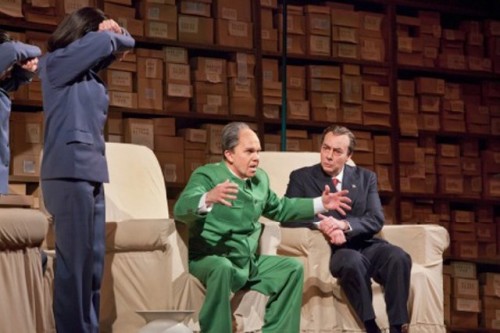 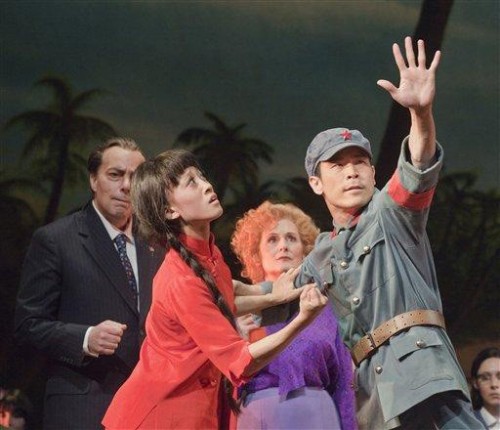 Mrs. Nixon attempted to rescue the condemned girl in play by Madame Mao. 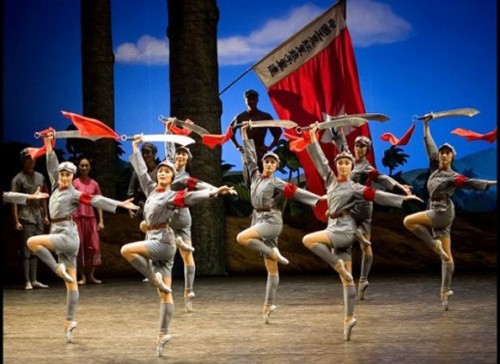 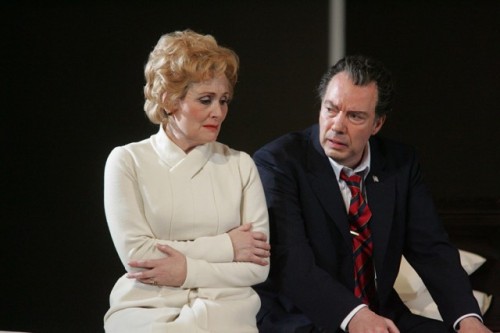 The Nixons apparently bickered while alone.

There is nothing quite like attending a performance at the Metropolitan Opera in New York. Is the notion of the Met Live in HD an oxymoron or just marketing hype?

Yesterday, at $25 a ticket, at the Clark Art Institute in Williamstown, it was almost like being there for the performance of the John Adams opera Nixon in China with the composer conducting. Or, as we learned from the back stage vignettes that livened this simulacrum, “Maestro in the pit.”

Live in HD. Whatever that means. In English with subtitles in English. What?

On the rare occasion when we hear an opera in our native language, who would have thought, the text was actually quite helpful. We read the couplets of the libretto of Alice Goodman set to the complex meters and jagged phrasing of the engaging, powerful and challenging music of Adams.

During the interviews with the composer, and his collaborators, director Peter Sellars, and choreographer Mark Morris, the words “masterpiece” and “genius’ were bandied about liberally. The opera which was commissioned by the Brooklyn Academy of Music, the Houston Grand Opera and the John F. Kennedy Center for the Performing Arts premiered in Houston, October 22, 1987.

In this first production for the Metropolitan Opera what was once considered edgy and experimental yesterday was praised as “The Greatest Opera of the 20th Century.” In response to the opera's world premiere, a review by Donal Henahan in The New York Times was dismissive, commenting that it was "a visually striking but coy and insubstantial work". The critic wrote that "Mr. Adams does for the arpeggio what McDonald's did for the hamburger.”

A generation later the Met broadcast gushed about a “masterpiece.” Of course, what was not mentioned is a rather thin field to select from, particularly in the second half of the century. One wonders where Philip Glass fits in this hyperbole.

We were astonished by brief glimpses of Peter Sellars and amused, if not a tad annoyed, by the ever droll, campy and diffident Mark Morris. He archly bragged about not doing even a minute of research for his channeling of an agit-prop staging of a horrendous passion play created by the wicked witch of the East, Madame Mao. The dance was quite apt and lovely. Take that statement as coming from a critic who has not spent ten minutes researching Maoist dance. What is good enough for Mark was fine with me.

But that interview with Sellars! Thank God I was sitting down. I remember him vividly in those waist length, Japanese wraps when he was a prodigy at Harvard doing productions in Boston. Now the child has grown into a shocking, mid-life troll, with a shock of spiked hair, framing a once cherubic face. His persona is accented with eccentric gestures and cavorting, playful body language. The “genius” seems to be channeling the Mozart we were astonished by in Amadeus. We wonder if Sellars has his Antonio Salieri lurking in the shadows.

But enough of this joshing about, you say, what about the opera?

Masterpiece? Well. File that under grade inflation. It makes us feel good to state that we live in an age of genius. Frankly, I have been quite bored the last several times we have seen the dance of Mark Morris. But his vintage choreography was clearly a gag played for laughs. Although, perhaps, the tongue in chic was lost on most viewers.

But I would agree with the Morris comment that with a Met production, that stunning orchestra, singers and chorus, this work is now taking its rightful place in the canon. We would love to see more contemporary works staged at the Met. Even in English with subtitles in English.

Even though we were not nestled into pricey orchestra seats, for twenty five bucks, we made out pretty good. Better than nose bleeders rubbing elbows with the poverini and aficionados perched in the rafters. Actually, the camera gives us the best seat in the house. Under the masterful direction of Sellars, now and then, we zoom into compelling close-ups of the singers, who, in this production, proved to be wonderful actors.

When Sellars pitched the idea to Adams, his first opera, the story of Nixon’s visit to China, in 1972, must have been a hard sell.  Vigorously flapping his jowls, with that slurry, emphatic, phony dramatic manner Tricky Dick told us “I am not a crook.” He was. Big time. On August 9, 1974 he was the only seated President to resign in disgrace from office. Others, Andrew Johnson and Bill Clinton, came close. In a deal with a hand chosen successor, that nobody voted actually for, Gerald Ford, Nixon dodged a bullet and walked away Scott free.

Sleep knits up the raveled sleeve of care. If not rehabilitated time has morphed Nixon from caricatured villain to an enigma and, arguably, one of the intriguingly complex characters who dominated the world stage of his generation. His greatest accomplishment, as he was quick to remind us, was the opening of relations with China.

As this opera compellingly conveys, oh my goodness, how utterly mind boggling, Nixon and Mao. Truth is indeed stranger than faction. What a matchup. Along just what crazed, psychedelic, yellow brick road did Nixon skip and slide his way to China. What a phenomenal life journey that catapulted the football bench warmer from Whittier College, to Congressman feeding on the frenzy of the Red Scare, to flunkie for Ike. He got sucker punched by the Kennedy boys. Dusted himself off, crawled back to power, only to crash and burn.

As Nixon, in a stunning performance which he originated, James Maddalena was up to the task of conveying all of those twists and turns. One felt and believed his chutzpah daring to go mano a mano with Mao. He took on the Colossus who founded modern China while sending millions to their graves. Mao in his 80s, staggering about in poor health, was brilliantly performed by the mesmerizing Robert Brubaker. The stoic, erect, ailing figure of Chou En Lai was conveyed as if cast in bronze by Russell Braun. Curiously, the least developed of the male figures was Richard Paul Fink as Dr. Henry Kissinger. It was confusing when he doubled as the evil Landlord in the viciously harsh drama of Madame Mao.

If the men are compelling the women, in lesser roles, were even more fascinating. The stridently evil Chiang Ch’ing (Madame Mao) was chillingly sung by the amazing Kathleen Kim. As the signifier of an abominable abuse of power she held aloft Mao’s famous Little Red Book repeating “The Book, The Book.” After the death of Mao his much younger widow, with the notorious Gang of Four, presided over the Cultural Revolution.

The most poignant moments of the four hour afternoon (with two intermissions) focused on the conundrums of the narrow minded, provincial, plain cloth Republican Pat Nixon. We feel her pain as the woman who sings about growing up poor. She suffered in the shadows of her flawed, ambitious husband. We see Janis Kelly portray her in private moments popping pills and bickering with her husband. There was a serio/ comic interval when she attempted to rescue the peasant girl. The actress had been condemned to be whipped to death for rejecting the advances of a smarmy Landlord. Nixon attempted to pull her away from intervening insisting that it was just a play.

It conveyed Pat Nixon as tormented and incapable of separating fact from fiction. Madame Mao’s drama was all too similar to the conflict of the world stage as a politician’s wife. It is an insight to the tragedy of many such women. Particularly when standing by husbands enduring scandal and disgrace. In that sense, whatever we think of Nixon, she was a tragic, tormented woman deserving of our compassion. While Presidents campaign for office their wives become First Lady by default.

There were many highlights in this ersatz masterpiece. There was a wonderful, spell- binding mood as we waited on the tarmac for the landing of Air Force One. The chorus chanted softly with a staccato cadence aphorisms from the Red Book. There was a Close Encounters like moment when the jumbo jet touched down. It was all too obviously a big, flat fuselage but conveyed theatrical magic as a door opened and the Nixon party descended.

The contrast between Mao and Nixon was strongly conveyed. A very weak Mao is assisted to a stuffed chair by retainers in generic Mao suits. Why did hard core Maoists have such a crappy sense of style? Or Castro, years after the Revolution, in those Army Surplus outfits?

During their meeting Nixon was eager to discuss Vietnam and global politics. Deftly, Mao brushed that off and wanted to explore philosophy; the post Confucian, hammer and sickle philosophy that fueled and justified a reign of terror the equal to those of Hitler, and Stalin.

During the 1960s many radical young Americans embraced Mao. I recall an era when friends wore Mao buttons and quoted from the Red Book as though it were the Sermon on the Mount. Warhol brilliantly depicted Mao as a Pop icon.

The half a house at the Clark were mostly, like us, pensioners. But I didn’t spot any former Maoists. Mostly, echoing Pat and Dick they looked like Republicans.