From Oklahoma to Lion in Winter 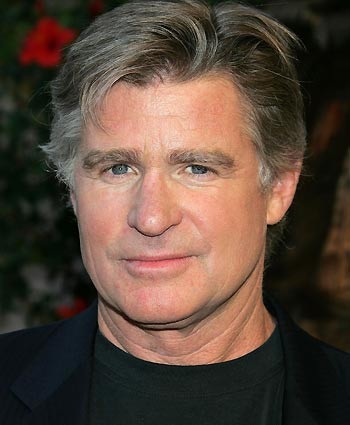 Treat Williams will star in The Lion in Winter. 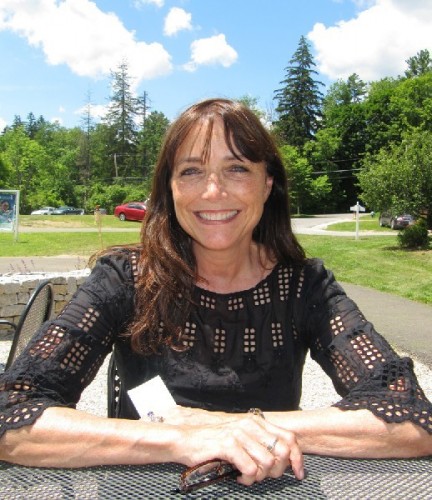 Of this year, Artistic Director/CEO, Kate Maguire says, "I am well aware of the significance of being able to announce our 85th season of honored masterpieces and treasured stories. This year, as ever, an adventurous and great group of American artists will join us at our historic stages—still in Stockbridge and now also in Pittsfield—to make theatre together again with our wonderful community. How could I not be thrilled to invite audiences to Oklahoma!, The Lion in Winter, Same Time, Next Year, Anna Christie, Extremities, and stories by Berkshire women writers Mary Mott and the great Edith Wharton? This festival combined with the roster of shows already announced is going to make for one great year for the Berkshire Theatre Group!"

Season pass and Member tickets are exclusively available starting February 13. Tickets are on sale to all on February 20. Season Passes are still available for purchase at $175 for a four show pass and $250 for a six show pass.

Tickets may be purchased in person at the Colonial Ticket Office at 111 South Street, Pittsfield or by calling (413) 997-4444 or online at www.BerkshireTheatreGroup.org. The Ticket Office is open Monday-Friday 10am–5pm, Saturdays 10am–2pm or on any performance day from 10am until curtain. All plays, schedules, casting and prices are subject to change.

Treat Williams commented, "I'm thrilled to be Playing King Henry this summer in The Lion In Winter at Berkshire Theatre Group. It is, in my opinion, one of the best plays about family ever written. It's wonderful to follow a dysfunctional royal family (what family isn't?) for a Christmas holiday in the twelfth century and realize nothing much has changed. They manipulate, cheat, lie, maneuver, seduce and threaten one another throughout, and have great fun doing it. I can't wait.”

An epic and humorous tale of political strategy and family dynamics, The Lion In Winter, set during Christmas 1183, tells the story of King Henry II, Queen Eleanor of Aquitaine, and their sons, Richard, Geoffrey and John as they play a deadly game of real life chess; winner takes the throne. Who will come out on top as the ruler of England and the ruler of the family? The Lion in Winter proves just how absurd and lethal family rivalries can be.

Rodgers and Hammerstein's first collaboration, Oklahoma!, was the defining American Musical when it first opened in 1943. It completely changed the face of musical theatre into what we recognize it to be today.

Set in the heart of America, where the corn is as high as an elephant's eye, comes Oklahoma!, one of Rodger's and Hammerstein's most cherished musicals. Follow the beloved story of Laurey Williams and her suitors, Curly McLain and Jud Fry; as well as spitfire, Ado Annie and her patient beau, Will Parker. Featuring timeless songs such as "Oh What a Beautiful Mornin,'" "The Surrey with the Fringe on Top," "I Cain't Say No," "People Will Say We're in Love," and of course "Oklahoma!," this landmark, Pulitzer Prize winning musical will have you saying, "Oklahoma O.K.!"

Berkshire County's own Karen Allen performed the role of Marjorie in Extremities on Broadway in 1983, and is now "thrilled to be directing this production at BTG.”

In William Mastrosimone's psychological thriller, a young woman is violently attacked in her own home. However, once the tables turn, Extremities raises provocative and difficult questions about rape and its aftermath, violence and its justification, justice and its reliability. Who will be held responsible in this riveting game of cat and mouse? Directed by original cast member, Karen Allen.

One of Berkshire County's first artistic couples, David Adkins and Corinna May, perform in this loving comedy.

George and Doris are married, but not to each other. After a passionate chance meeting, the two decide to meet once a year to rekindle their relationship. Encompassing twenty five years of reunions, manners and morals, Tony Nominated and Drama Desk Winning, Same Time, Next Year is a hilarious and touching look at unconventional love and changing times.

The Cat and the Canary
by John Willard

As the clock strikes midnight, the relatives of Cyrus West assemble at his mansion to read his will twenty years after his death. In an unexpected twist of fate, young Annabelle is named heir to Cyrus' large fortune, under one condition: that she is deemed legally sane. When the group finds out that a lunatic has escaped from the nearby asylum, inexplicable things begin to happen and Annabelle begins to fear for her sanity and for her life. A suspenseful and delightful "who-dunnit,” this mystery will transform the Unicorn and have audiences on the edge of their seats and begging for more.

Anna Christie won Eugene O'Neill his second Pulitzer Prize for Drama; he went on to win four in total.

Eugene O'Neill's masterpiece tells the story of Anna Christie, a young woman abandoned by her father and forced into a life of hardship. When the two are finally reunited, Anna must learn to forgive her father's past transgressions. However, after Anna falls in love with a sailor, certain secrets come to light, and the love of father and daughter is truly tested. Anna Christie is a beautiful and poignant tale of love and forgiveness. Directed by Tony Award and Pulitzer Prize winner, David Auburn.

Two highlights of past Made in the Berkshires Festivals receive their own production.

Celebrate Berkshire women writers with an evening of stories old and new. Mary Mott will share stories of her life in the Berkshires, and Kate Maguire and Kim Taylor will perform a stage adaptation of a short story by one of the Berkshires' most well known authors, Edith Wharton. Mrs. Ansley and Mrs. Slade are old friends vacationing in Rome with their daughters. As the two reminisce, they begin to realize that the secrets they each hold about the past may not be as hidden as they thought. Based on the short story by Edith Wharton, Roman Fever explores the power of love and deception, all the while set on a beautiful Italian terrace.

Made in the Berkshires
at The Colonial Theatre & The Unicorn Theatre
October 11-13
Passes on sale: August 15

Made in the Berkshires is a locally grown festival of new works including theatre, film, dance, poetry, short stories, performance, and visual art.

The Ellenoff Musical Theatre Series turns the spotlight on beloved shows from the American Musical canon. Featuring members of the BTG Acting Apprentice Company, these nostalgic performances will include sing-throughs of the full musicals.

BTG's wildly popular Friday Series will feature some of the best new work directed and read by members of the BTG company. In addition to staged readings, the series will include guest lecturers and BTG's Acting Apprentice Showcase.

The Fitzpatrick Main Stage is sponsored by The Red Lion Inn, Country Curtains and Blantyre Inn.

For more information about Berkshire Theatre Group and our upcoming season, please visit our website at www.BerkshireTheatreGroup.org