Two Great Nights at the Theatre and Two Great Museums 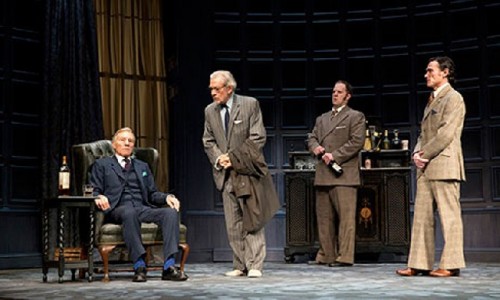 The Cast of No Man’s Land 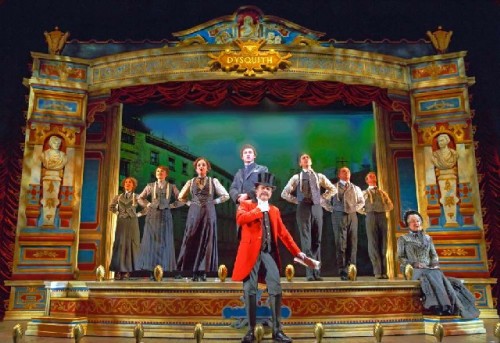 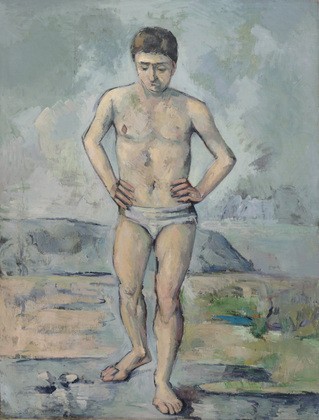 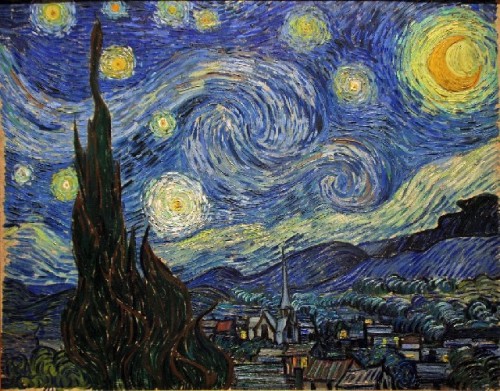 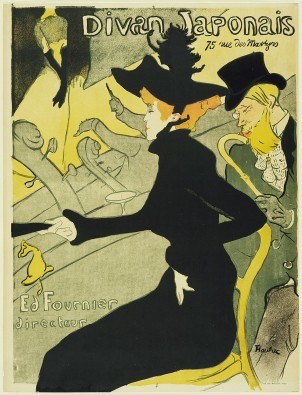 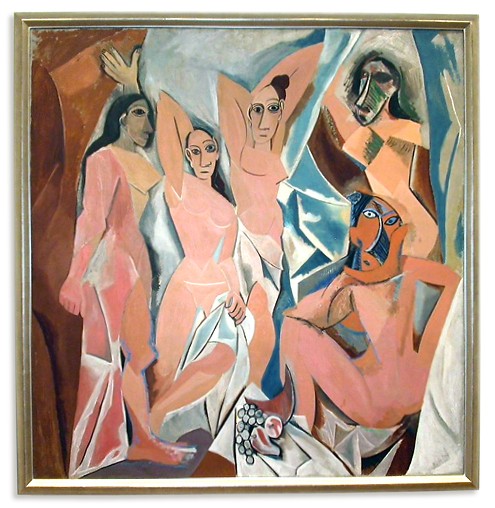 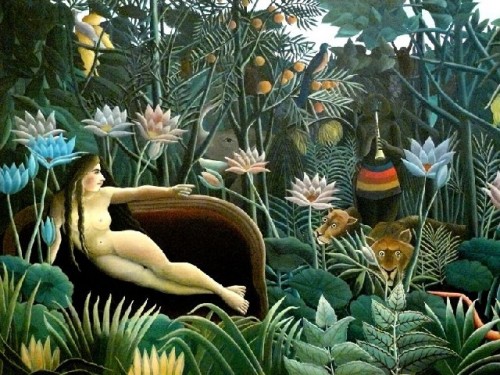 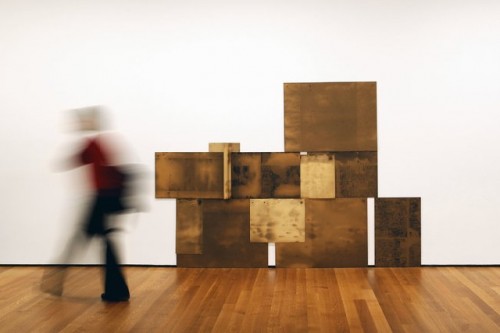 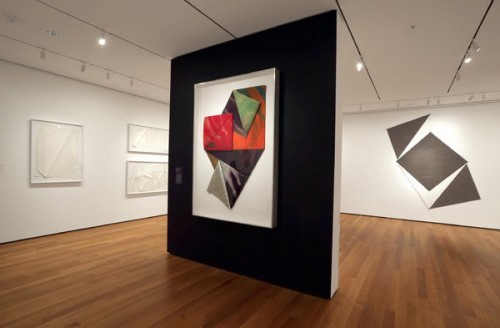 Installation Shot of Exhibit By Dorothea Rockburne at MoMA 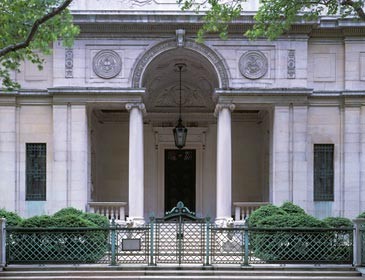 Entrance to the Morgan Library 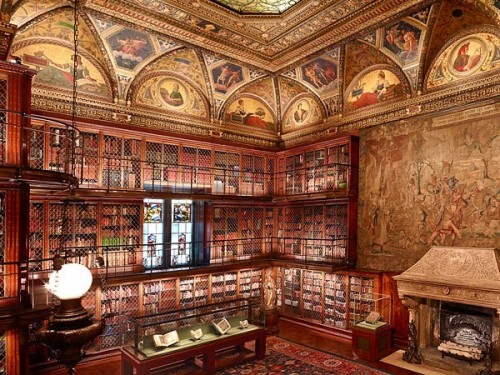 Three Story Library and Decor at the Morgan Library 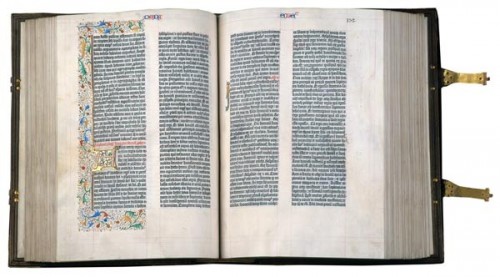 An Original Copy of The Gutenberg Bible at the Morgan Library. Biblia Latina, Mainz: Johann Gutenberg & Johann Fust, ca. 1455. The Morgan is the only institution in the world that owns 3 copies.

A Page from Leonardo Da Vinci’s â€œCodex on the Flight of Birds," at the Morgan Library 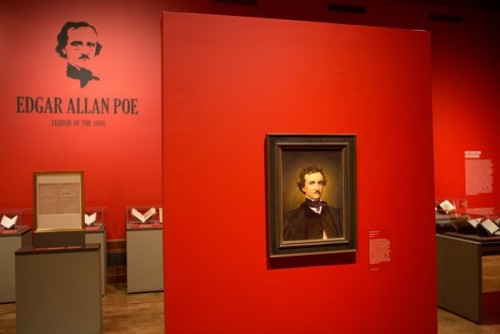 Installation of Exhibit of Edgar Allen Poe At Morgan Library 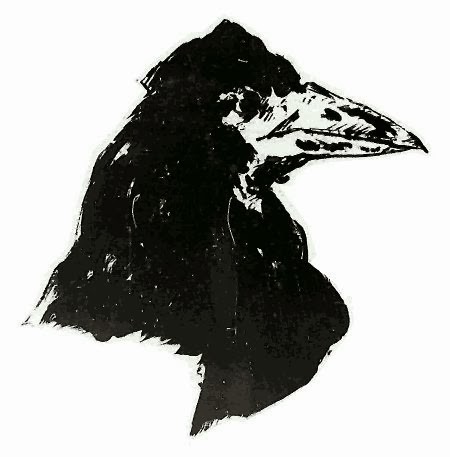 Illustration of the Raven By Edgar Allen Poe At Morgan Library

Planning our visit to New York, we booked tickets to two shows online. One was a clear winner due to the playwright and lead actors, Harold Pinter's No Man's Land with Sir Ian McKellen and Sir Patrick Stewart and the other was a gamble with interesting reviews but not really known to us. It was A Gentleman's Guide to Love and Murder. It starred Tony Award winning actor Jefferson Mays.

We were able to get tickets to see No Man's Land, and we were glad that we did.

In No Man's Land, two elderly writers, having just met in a London pub, continue drinking and talking into the night. All was well until the return home of two younger men. The two older men's real relationship is then exposed and with a certain menace and hilarity. It is one of Pinter's most entertaining and humorous plays.

Hirst (Stewart) is an alcoholic upper class literary star who lives in a grand house in Hampstead with Foster (Crudup) and Briggs (Hensley) respectively his major domo/assistant and servant/bodyguard, who may or may not be lovers. Spooner (McKellen) is a failed, scruffy rather down-at-heels literati whom Hirst picked up while out drinking at a nearby Hampstead pub. He is invited home for a drink or five or even six (of the really good stuff) and becomes Hirst's house guest for the night.

Spooner claims to be a fellow poet as well. Through a conversation of partly fantastic reminiscences, he appears to have known Hirst at university and to shared mutual male and female acquaintances and relationships. We really don't know. The four characters are supposedly named after famous English cricket players.

The production was wonderful. The set unusually shaped as an oval with oval carpet underscored the notion of life cycle, past and present as well as movement of actors, voices and actions, perhaps even reactions. It was great theatre performed by great actors. With the two distinguished actors, actors in their 70s, it was a once in a lifetime experience at the height of their dramatic powers.

Laughably, I had forgotten the McKellen and Stewart have both been in the X-Men films. No Man's Land may be the intellectual and emotional antithesis of the popular action movies.

The second night, Saturday, we went to see one of the funniest, most entertaining musicals that we had both ever seen. Based on a 1907 novel "Israel Rank" by Roy Horniman, A Gentleman's Guide to Love and Murder opened Nov. 17 at the Walter Kerr Theatre.

The dark musical narrative goes something like this: Young Monty Navarro (Pinkham) has just received some really great news from his late mother’s lifelong friend Miss Shingle (Carr). He’s a long-lost member of a noble family and could become the next Earl of Highhurst. There are only eight other relatives who precede him in line for the title. So Monty does what any ambitious, highborn gentleman would do. He sets out to eliminate them one by one.

Monty does this juggling his mistress (O'Hare) who is after more than just love, his fiancée (Worsham) who is actually his cousin (but who’s counting?), plus the constant threat of being caught and incarcerated. But it will all be worth it if he can murder his way to become master of Highhurst Castle. Each of the eight heirs (male or female) standing in the way of Monty’s fortune are played by Tony Award-winner Jefferson Mays, in one of the great multi-role, tour de force performances of this or any season.

This amazing performance by Mays and a thoroughly entertaining total production is destined for numbers of Tony nominations and awards. Without being too effusive, A Gentleman's Guide to Love and Murder is one of the best musical comedies of this or any year in a long, long time. From the time the curtain goes up and the orchestra plays to the curtain calls, it is the best of what a musical comedy on Broadway is all about.

Interspersed, with theatre, we went to the Museum of Modern Art (MoMA) primarily  to look at the permanent collection. The visual and visceral experience is always gratifying. Here is what Modern Art sings in its various visual voices.

Major books have been written by scholars about the variety and quality of the treasures on display, but the museum visitors all react individually to the creative expressions and crafted statements of some of the greatest examples of art history of the last century and a half.

We started at the Architecture and Design Gallery. The selection here was thinner than usual as the curators had strangely decided to exhibit various videos that seemed to have less to do with design than technical production.

However, there were a number of old design chestnuts--chairs by Frank Lloyd Wright and Charles Renee MacKintosh as well as Charles and Ray Eames. There were ceramics by Eva Zeisel and Wilhelm Wagenfeld's 1924 Bauhaus lamp. This was a good taste but not a full meal of Modern design history.

Before moving on to the permanent galleries, we visited a forgettable curator's choice exhibit by a European artist who felt anything that they did was great art even if it wasn't. Enough said. However, we did see a wonderful exhibit of geometric abstraction by Dorothea Rockburne.

Ms. Rockburne, who studied with the German mathematician Max Dehn at Black Mountain College in North Carolina in the early 1950s, uses ideas from group theory, topology and non-Euclidean geometry to structure her art. This includes the Golden Mean ratio that was a staple of Renaissance art and architecture. For centuries, it has been used to determine pleasing proportioning within an artwork.

The artist has used math to be a physical expression, both as a kind of visual dance and process art and often involves large sheets of paper and board. These were articulated on walls and floors in sweeping movement vignettes.

Here mathematically derived art demonstrates that it need not be sterile. And these examples of Rockburne's works also show how drawing could be of itself and not about something else.

Then we moved on to MoMA's permanent collection.

Initially, we are equally embraced by Cezanne, Renoir, Rousseau, Van Gogh, Matisse and Picasso as well as scores of other Modern masters. Yet, Pablo Picasso's Les Demoiselles d'Avignon (The Young Ladies of Avignon, and originally titled The Brothel of Avignon) that he painted in Paris in 1907, is perhaps the greatest radical departure from traditional painting.

Each of the five figures, supposedly prostitutes, is depicted in a disconcerting confrontational manner, and none are conventionally feminine. The women appear as slightly menacing and rendered with angular and disjointed both 2-dimensional and 3-dimensional body shapes and mask-like faces.

The proto-cubist large painting is widely considered to be seminal in the early development of both cubism in particular and Modern Art in general. Immediately considered important by contemporary critics and artists, Demoiselles was revolutionary and controversial, and led to wide anger and disagreement. And yet, today it is iconic.

Other great works we viewed and often commented on. But spending only two and a half hours was not enough to visually drink from this monumental fountain of artistic achievement. However, more time than that is probably visual, emotional and intellectual overload.

On Sunday, we went to the Morgan Library. This is an amazing institution. In 1924, J. P. Morgan, Jr. gave his father's extraordinary library to the public. The most influential financier in this country's history, Pierpont Morgan was also a voracious collector who bought on an astonishing scale, collecting art objects in a variety of mediums, including rare books, manuscripts, drawings, prints, and ancient artifacts that are today the core of The Morgan Library & Museum's holdings.

In 1902 American financier J. Pierpont Morgan (1837–1913) commissioned architect Charles McKim (1847–1909) of McKim, Mead and White to design a library to house his growing collection of rare books and manuscripts. Adjacent to Morgan's home on the corner of Madison Avenue and 36th Street, McKim created a a classically styled majestic structure based upon Italian Renaissance villas.

In the years since the Morgan's becoming a public institution in 1924, there have been several additions to the original library building. As the collections grew, the Annex was added in 1928 on the site of Morgan's home. In 1988, the adjacent mid-nineteenth-century brownstone on Madison Avenue and 37th Street where J. P. Morgan, Jr. lived was also added to the complex.

The literary collection is astounding. Rare Books, manuscripts, illustrations and even early drafts are part of the massive holdings. In addition, paintings, drawings and prints as well as sculpture and ancient objects are part of the eclectic collection. Also, The Morgan is known for its rather brilliant educationally-oriented temporary exhibits. While we were there, we saw a spectacular Leonardo Da Vinci show including one of the master's Codexes on the Flight of Birds as well as another exhibit on perhaps everything you wanted to know about Edgar Allen Poe's literary career.

In a permanent library room, there was maybe the most beautiful edition of the Gutenberg Bible in any institution in the world. One of the guards told me that they had two others that were not as nice but were used by scholars. Additionally, the Morgan owns works by Lord Byron, Charles Dickens, Edgar Allan Poe, John Ruskin, Mark Twain, Herman Melville, and William Morris, and scores of classic early children's books as well.

The Carter Burden Collection of American Literature, a major 1998 gift, has greatly added to the Morgan's twentieth-century holdings with authors such as Ted Hughes, Sylvia Plath, Vladimir Nabokov, Gertrude Stein, and Tennessee Williams.

The exquisite European Renaissance art collection was marvelously assisted by Bernard Berenson, the same art historian who was so instrumental in Boston's Gardner Museum's collection. The interiors that were preserved of J.P. Morgan's original home show the lushness and quality of the super wealthy from the days of Golden Age of the late 19th Century. Opulent would be an understatement.

The Morgan is a treat to experience and view.

New York is not like any other city. Its cultural resources are so wonderfully rich and varied. Our New York sojourn was a wonderful experience and now a terrific set of memories.