Couple Wrestles With Relationships And Events 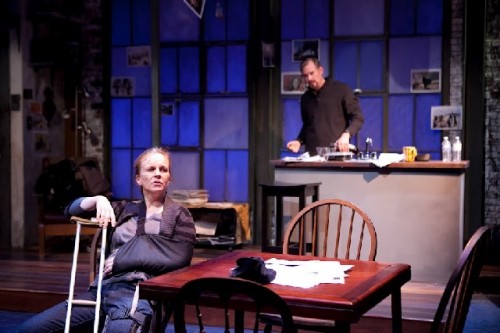 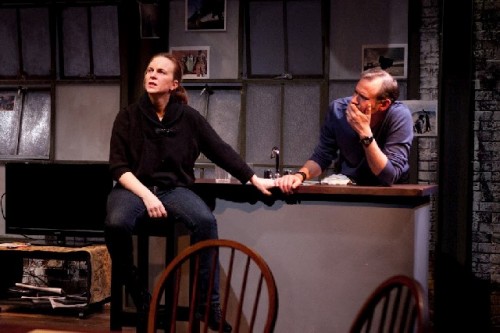 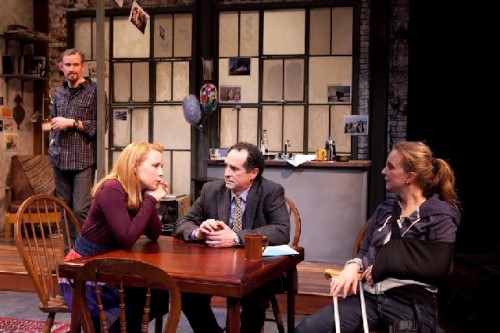 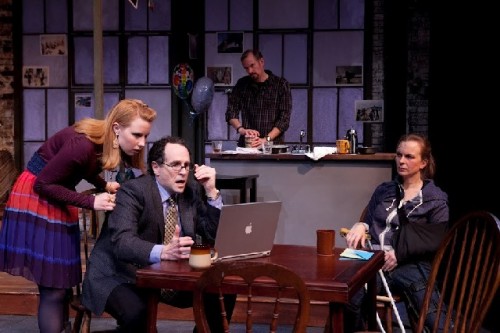 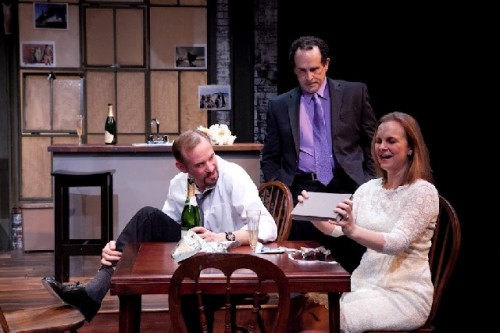 After the Wedding with Barlow Adamson, Jerimiah Kissel and Laura Latreille 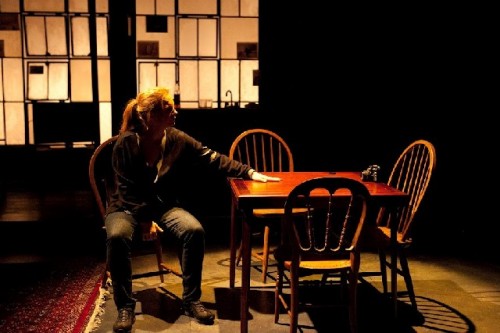 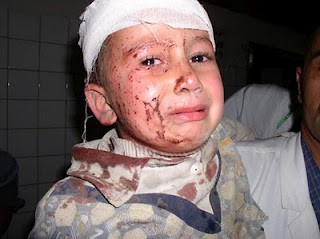 The victims of war are countless. Those who actually fight and those who are victimized are most understood. While individuals who document the carnage are the least understood. Often internalized, severe wounds suffered are sometimes hardly visible.

Time Stands Still is an homage to war correspondents and photojournalists who risk their lives to record the carnage. Set in an apartment safe at home, the drama wrestles with the issues of cruelty of war versus domesticity and their own personal security.

Playwright Donald Margulies' narrative is about the balance of normal life with a home, schedule and partner in opposition to risking your life to document the awful truths and evils of war. Personal issues allow or disallow sustained individual involvement.

In this case, Sarah, played with a wonderful nuanced realism and sensitive gravity by Laura Latreille, plays the stronger of the journalistic couple. Despite all the potential danger, she has her calling.

Barlow Adamson plays the less strident and steadfast James Dodd as a writer still looking for his voice. He has gone from a nervous breakdown on the battlefield to an homage of horror films. To him, the monsters are metaphors for the monstrosity of contemporary war.

Added to the interpersonal mix is Jeremiah Kissel's seemingly steady yet insecure Richard Erlich. He is both Sarah and James' editor. He is also James' best friend and Sarah's former lover from 20 years ago.

His decades younger girlfriend Mandy Bloom played with energy and growing maturity by Erica Spyres brings a certain normalcy to the edgy careers of Sarah and James. Mandy is the awkward conscience of the dramatic narrative.

Sarah and James' apartment is another character in the play. Supposedly set in an emerging currently stylish neighborhood (they moved in before it became chic), the flat appears to be part of a previously rennovated factory building.

More of a temporary environment than a real home, it underscores the notion of an urban hand-me-down or thriftshop style, perhaps comfortably bohemian but certainly far from luxurious. This is an environment reflecting the transience, the lack of solid roots, of an ever moving war correspondent and a photojournalist.

The environment also speaks to a rejection of Sarah's upbring and family including a resented wealthy father with conservative leanings. Sarah is the play's most well drawn character. She is the one with the most layers of humanity. The others are more sparingly and even sketchily rendered.

All the actors are quite good. The set and lighting meet Lyric Stage Company's standards for excellence. The problem is that the story tries very hard to use not always fully realized personalities to explain the daunting issues of good and evil. It strives to convey differences between human light gray and universal dark gray and what a normal relationship is or isn't.

Symbolism at this level needs to be more refined and/or better focused. Time Stands Still is good but not great theatre. The play's dramatic arc seems too expected. That everyone will not live happily ever after seemed apparent from the first scene.

This drama needs more than to be about snapshots of couples behaving badly and personal inner turmoil. If this dramatic production is supposed to be about how lives intertwine and come apart as metaphors for the world's great ills, Time Stands Still falters.

Instead, it is mostly about the unfortunate needs and lack of committment of one psychologically damaged individual following her dangerous yet somehow necessary but disquieting calling.

At the end, just as Sarah does alone contemplating her camera, we are left thinking about the human dilemma of trying to deal reasonably with untenable and morally questionable situations without losing our own humanity.