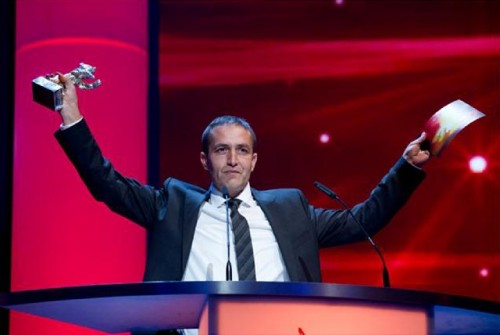 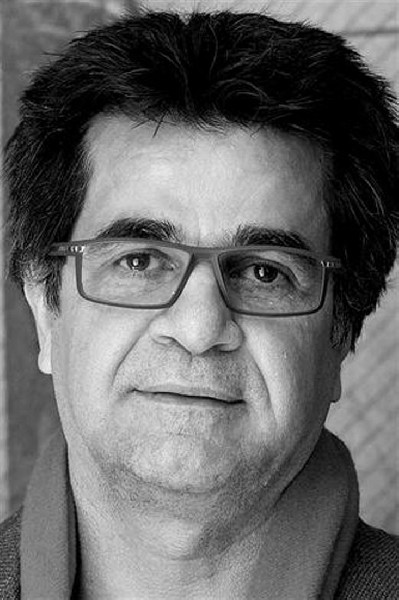 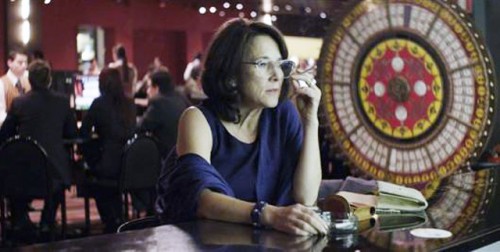 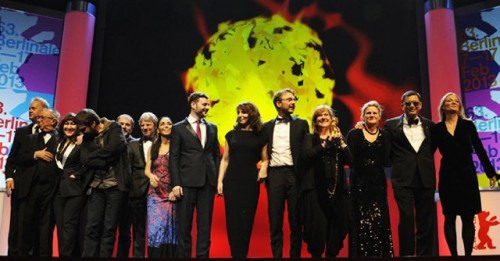 The 63rd Berlinale is history.  From  February 7-17, 2013, the biggest international film festival had rolled out the red carpet for hundreds and thousands of film buffs, and for an onslaught of stars and media.  Nothing else mattered in Berlin as much as how to take in as many films as possible of the over 400 offered.  19 of them from 13 countries made it into the” Competition,” the showcase for the big international productions. They competed to reach the festival’s ultimate prize, the Golden Bear (Goldener Bär) and several Silver Bears (Silberne Baeren) awarded for specific disciplines. The other 400 films, many times the more interesting ones, vied  for world-wide attention and ultimate distribution in movie theatres around the globe. There were full-length movies, documentaries and shorts, selected in typically Berlinale tradition, for their relevance to pressing societal and political issues.

This year, as festival director Dieter Kosslick had put it, emphasis was on highlighting the more subtle changes and problems that arose for people from the increasingly uncertain living circumstances and dislocations of societies and political systems.   The large number of woman directors (87 altogether, 3 in the “Competition”) reflected, according to Kosslick,  that  women may be better in depicting damages in our degenerating societies. The 3  pics in the Competition and their woman directors were:

France’s Emmanuelle Bercot with “Elle s’en va” (On My Way) starring Catherine Deneuve as Bettie who leaves her life and  drives off with her grandson into adventures, a showcase for Deneuve but otherwise just entertaining.

The Polish director Malgoska Szumowska created with “W ImiÄ™…” (In the Name of...) a haunting story with powerful images of a Catholic priest’s love for a young man.

Germany’s  Pia Marais contributed “Layla Fourie,”  a tale of a black woman in South Africa conflicted as to telling the truth about a car accident she caused, because she wants  to create a better life for her son. The film received an Honorary Mention.

It was not easy for the 7-people in the jury to decide on the Golden Bear winner. The members had diverse backgrounds and brought a genuinely international approach to their judgments.  This year’s president is one of the most important Chinese directors, Mr. Wong Kar-Wai.  His newest film “Yi dai zong shi” (The Grandmaster) that also opened the Berlinale on the 7th of February, had great imagery but did not come away with one of the Bear prizes since it played out of competition.  It is about two Kung-Fu-Masters that meet on the eve of the Japanese invasion in 1936.  Two Americans were in the jury as well, Hollywood actor Tim Robbins and camera woman Ellen Kuras. To complete the panel there were: The Iranian artist and filmmaker Shirin Neshat, the German director Andreas Dresen, the Danish director Susanne Bier and the Greek director Athina Rachel Tsangari.

This year, besides diversity in judgment there was also a shift in focus, away from the monumental productions and towards the smaller budget and independent films. The US movies in the Competition reflected this trend. David Gordon Green received the Silver Bear for best Director for “Prince Avalanche,”  a laconic comedy on loneliness that deals with two societal outsiders thrown together repairing street signage in a burnt down forest area in Texas.   Gus Van Sant’s  “Promised Land” a timely political thriller about fracking, with Matt Damon playing a natural gas company salesman, received an Honorable Mention. Steven Soderbergh ‘s psycho thriller ”Side Effects” about the manipulative power and financial lure medical drugs can yield, lost out on any prize. Another US-submission, though out of competition, “The Necessary Death of Charlie Countryman” by Fredrik Bond with Shia LaBeouf received a lukewarm reception.

The big hope of the organizers for the Iranian director Jafar Panahi to attend the opening of his film “Pardé” (Closed Curtain) was disappointed. But the film received the Silver Bear for Best Script. While forbidden to make a movie in Iran for two years, the well-known director had nevertheless succeeded in filming in his own villa. The public and the critics liked this call to perseverance and freedom, although, as a film, it had obvious shortcomings.

The big Bear prizes all went to foreign movies.  The biggest prize, the Golden Bear for best movie, was awarded to the Romanian film “PoziÅ£ia Copilului” (Child’s Pose) by CÄƒlin Peter Netzer, a mother-son conflict illuminating the corruptness of people, the system and the feeble emergence of feelings against all odds. It was shown as the highlight at the awards gala on February 16, at the Berlinale Palace on Potsdamer Platz.

Two Silver Bears, one as the Big Prize of the Jury and the other for best actor, Nazif MujiÄ‡, were received for the Serbian film “Episoda u Å¼ivotu beraÄa Å¾eljeza” (An Episode in the Life of an Iron Picker). It tells the story of the horrifying treatment the Romanian Gypsies, the Romas, have to endure.

The Silver Bear for Best Actress went to Paulina García, the absolute darling of the public this year.  She received it for her depiction of Gloria, an aging woman who demands fun in her life despite all kinds of downturns in the Chilean/Spanish co-production “Gloria” by Sebastián Lelio.

Bows to accomplishments grander than making movies and not part of the Competition were: The presentation of the Golden Honorary Bear to the French documentary film maker and producer Claude Lanzmann for his life’s work documenting the atrocities of the Nazi’s against the Jews.  He is best known for his “Shoa” films.  Then, the Golden Camera was awarded to Isabella Rosellini on February 9  and for Rosa von Praunheim, while presenting a homage “Rosakinder” on February 13,  for all his movies on and about gays.

Again, the 63rd Berlinale was a gigantic undertaking.  300.000 tickets were sold, the same as last year.  It seemed that there were even more journalists than the 3800 from last year.  One almost hopes that this festival does not grow any further.  Nevertheless, everybody is looking forward to 2014.