Death of A Salesman Brilliant At Lyric Stage 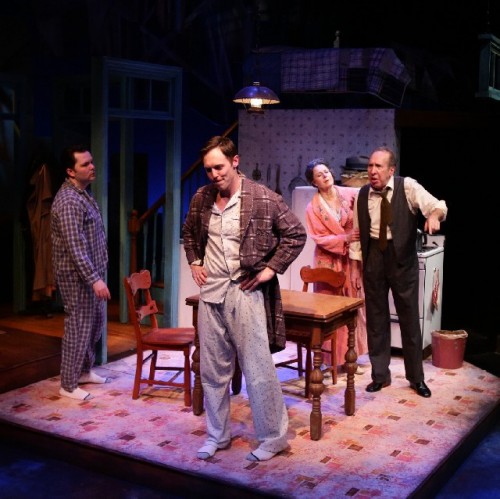 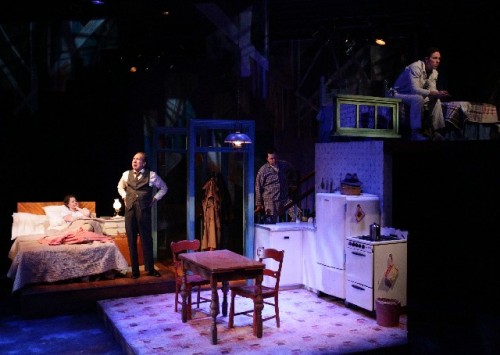 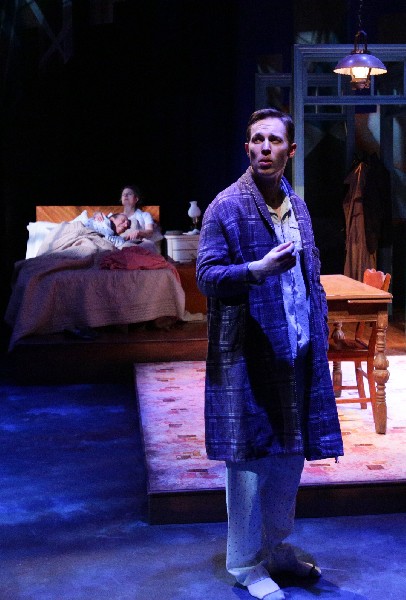 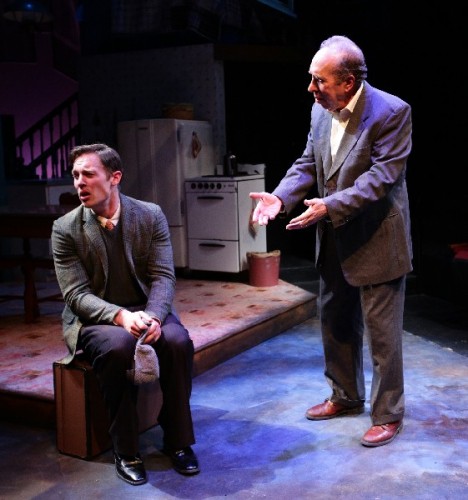 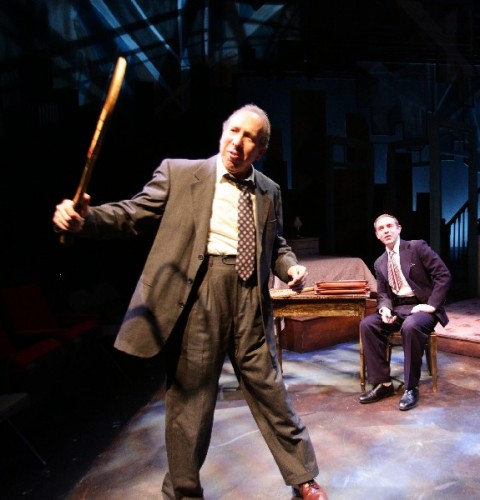 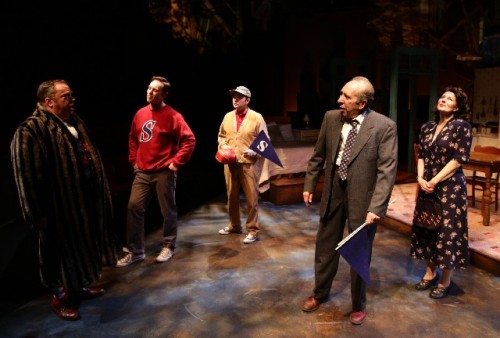 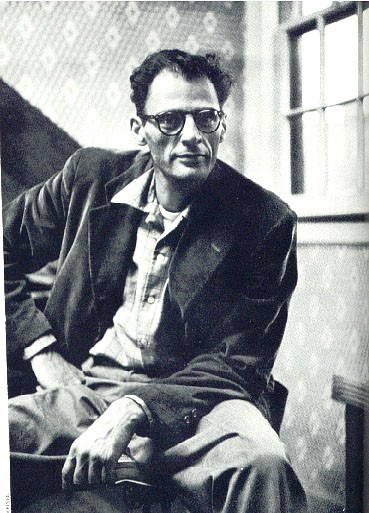 It is the classic 20th Century American tragedy that sets fathers against sons, planners in contrast to dreamers and haves versus havenots. When done well, audience members squirm both emotionally and experientially. A lot of people were squirming during this Lyric Stage Company's brilliant production of Arthur Miller's Death of A Salesman.

It is not the easiest play to watch or even enjoy. Most of us read it in high school. And it has been produced on television, on Broadway and in regional theatre numerous times. It is troubling both conceptually and in terms of the characters. It makes us think and analyze our own lives and lives of our loved ones. And sometimes, this is not favorably either. Yet, we appreciate the play on many even profound levels.

Emotionally charged and very compelling, the play is about the very few ups and many downs of the Loman family with father Willy and sons Biff and Hap (Happy). Each in his own way is a ne'er-do-well. This is a story of potentials unrealized, the American Dream as false premise and dillusional notions of what should be rather than what actually was and is.

The narrative is an often painful message of life downwardly spiraling out of control and personal as well as familial unqualified expectations gone awry.

When first produced, Death of A Salesman won not only the Tony Award but the Pulitzer Prize as well. Willy Loman, a late middle age tired and rundown traveling salesman (his sales area is New England) has not kept up with changing times and his own very human failings. He is physically and emotionally tired. This has badly effected his family's claims on the American Dream.

The main character is Willy Loman. His name itself evokes a now theatrically iconic sadness. He is a character struggling in a quicksand of failure. Played by many master actors, he is one of the seminal roles of 20th Century drama. Among those who have played him distinctly and distinguishly have been Lee J. Cobb (1949), George C. Scott, Dustin Hoffman, Brian Dennehy, Christopher Lloyd and Philip Seymour Hoffman (2012).

Yet, with his hangdog weight of the world countenance and his personal bearing, Ken Baltin, the actor playing Willy Loman in this Lyric Stage version seems to have been born for the part. Physically and artistically, he is Willy Loman. And he is perhaps the definitive Willy Loman.

Baltin brings a sad sack's sensibility to his characterization. He looks beaten down. His eyes are hollow, his face is jowly and haggard while his whole body is bent from Willy's lack of parental and professional success. His voice and movements convey frustration and inner turmoil.

While Mr. Baltin is viscerally Willy Loman, Linda, played brilliantly by Paula Plum, is at once the core of the Loman family, the steadfast loyal but realistic wife and the disappointed mother.

Willy's obsession with greatness and achievement is intertwined with his tragic downfall that arises directly from his continued misconception of himself, even in his aging 60s, as someone somehow and in some way capable of eventual greatness and therefore prosperity.

Willy's delusional tragedy is in his stubborn conviction that greatness stems directly from personal charisma or popularity, not hard work. This is something that he just does not and cannot possess.

Biff and Hap seem like salt and pepper shakers, complementary characters that differ yet work together. Kelby T. Akin's Biff appears to be athletically gifted but morally flawed, while his brother Hap, played by Joseph Marrella, is a character drawn and acted more subtly with several thin layers of flawed humanity.

All of the supporting characters are quite good. The best of them is Larry Coen's Charley. His character is the antithesis of Willy and has some of the best lines in the play. He is Willy's only true friend, and yet Willy fights against his love and support from misdirected pride, jealousy, arrogance and maybe stupidity.

The set was created by Janie E. Howland to add spatial imagination and visual economy that underscored an environmental bleakness of the Lomans' mundane lives. The lighting by Karen Perlow starkly accented the narrative flow.

Casting Baltin and the various strong supporting players is a stroke of theatrical brilliance by Director Spiro Veloudos. Also, he has done something extremely refreshing in casting actors of different races in roles that have not been traditionally done before.

Besides Director Veloudos' skillful choices of actors, he has sensitively choreographed the dialogue and action to sharpen the tragic tension of Playwright Miller's words. This is a wonderful creative directorial achievement.

Death of A Salesman is modern Greek Tragedy where the flaws of the gods are whittled down to the faults and obsessions of a delusional underachieving everyman and his disfunctional family. The genius of this Arthur Miller play is in its continued audience resonance 65 years after its debut. This Lyric Stage production is a special theatrical event.