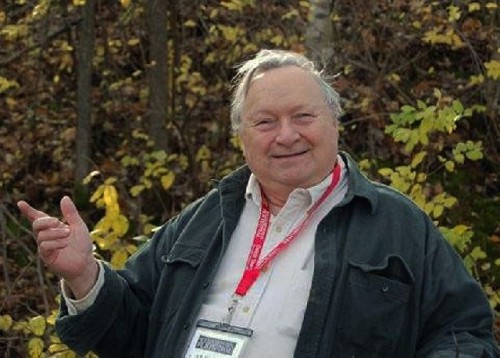 Larry Murray is the publisher/ editor of the on line Berkshire On Stage.

Larry Murray Here's a question for you. Don't you think people misunderstand the role of journalists?

Charles Giuliano That’s an enticing and complicated question. Of course this has always been true but there are new factors in the information age.

There is such a glut of media and “social networking” information delivery systems that journalism as a profession is in a state of flux. If you went back to the 1960s, for example, every night we watched Walter Cronkite the anchor of CBS Evening News. During the Vietnam War there was the daily body count. Sources of information were limited and to a large extent controlled and censored. It was a shock when we lost the war.

Compare that with the kind of saturation reporting today. We have seen a revolution in Egypt organized and sustained by information posted on Facebook and through E Mail. The government controlled media ignored what was happening in the streets. Eventually the TV staff started to resign rather than not report or misrepresent what was going on. The resistance in Egypt was so successful that dissent is now sweeping through the Middle East.

In the past couple of days some 300 were killed in Libya during a funeral for slain demonstrators. Troops supporting the regime of Muammar Gaddafi fired on the crowds. He also ordered air strikes on demonstrators. Some pilots defected and flew to neighboring countries rather than fire on their own citizens. The conditions are so volatile that no journalists were on the scene. The news media picked up footage posted through social networking. What we saw on TV last night was being sent by cell phones and lap tops.

Right now regimes and long standing dictatorships are toppling because they can no longer control the media and communication. In a democracy information keeps us free. But there are also concerns with this proliferation. Anyone with a cell phone and a laptop can post information. But, unlike TV networks and traditional news media there is no process of editing and fact checking. With such a plethora of information it is the task of individuals to separate fact from fiction.

The current Supreme Court recently eliminated restrictions on advertising for political campaigns. That resulted in a glut of misinformation, negativity and dirty tricks. Rumors and lies have permeated the media. Politicians with the deepest war chests, now more than ever, are holding office.

Would the rise of the Tea Party have been possible a decade ago?

Consider how misinformation about the Swift Boat issue impacted the reputation of John Kerry as a war hero. It was a contributor to his political defeat. Sarah Palin can say whatever nonsense pops into her head and it will be covered by a large and influential segment of the media.

The demise of professionalism, checks and balances endangers democracy and ushers in demagogues and their reactionary constituents. It is all a part of the dumbing down of America through the erosion of journalistic and educational standards. We are devolving into becoming an ever more ignorant but more strongly opinionated nation.

With the emphasis on testing, and the concept of no child left behind, there is less emphasis on critical thinking and expository writing. I found that to be true when dealing with freshman classes at the college level. When students didn’t bother to read assigned material I gave them surprise, blue book, essay tests. If they didn’t read the book that meant failing the test. What was the point of discussing what they didn’t read?

There was a confrontation about whether I would lower the bar. If students read assigned materials and participated in class discussions they received adequate grades.  Toward the middle of the semester most of them wised up.

In medical or law schools professors don’t grade on a curve. If I land in the emergency room I don’t want to be treated by a B minus doctor. Today, students with a sense of entitlement are graduating into the job market. In the current economic climate only the strong survive. It would be nice if this social Darwinism made its way back to the academy.

A colleague of mine flunked a couple of international students. They didn’t come to class or finish assignments. Daddy got on the phone and donated a million dollars to the university. The Dean got a call. He called the Department Chair who called the Professor. A loophole was unearthed in which the professor had not filed a student status report. So the students were granted an extension to make up the work. I faced similar situations. There was a graduate student who couldn’t pass my undergraduate art history class. The department chair put pressure on me to inflate the grade with a CC to the dean. Ultimately, the student repeated the course with another professor.

Let me put the question back to you for more clarification. How do you see yourself as a critic/ journalist? Do you feel that your role is valuable and respected? Is there any gratification and peer support for what you are doing? Considering the narrowly focused niche of blogs do you think that we have any significant impact?


LM I often see myself more as a reporter than a critic. The reason is that I am a generalist rather than a specialist. Many critics limit themselves to dance, music, theatre, literature or the visual arts and architecture. I focus on writing about the performing arts, but my interests go far beyond that. One of the writers I most admire is Frank Rich at the Times, who was much feared and despised when he was that paper's theatre critic. As everyone knows he has gone on to write about politics as theatre, and he is usually the lead - and most read - Op Ed columnist each Sunday. That speaks volumes about the game of politics you spoke of. That our elected officials are simply actors, playing carefully devised roles on the national stage is an insight most Americans have not yet come to grips with. They may know that they can not fully trust the words that the politicians utter, but rarely question the nonsense put out by corporate and lobbying flacks who are shaping our policies. I believe they have led us to an impossibly deep recession from which I doubt we will fully recover. The odds are not stacked in the people's favor.

Looking at my role as a writer from this vantage point, I rarely get too full of myself. No matter what I write it pales in comparison to the issues of the day. Yet, theatre and the arts have been a vehicle for change, and so I consider my small role in cultural reporting to be significant as it can provide some insights and answers. Arthur Miller's Death of a Salesman has lessons about business and keeping up with the times, not assuming that everything will remain constant. I saw it back in the fifties and have remembered its lessons all my life. I also get - and share - the insights from Samuel Beckett whether it be Godot, Endgame or whatever. My think pieces and interviews on Beckett have been linked to and shared more than any others. Same for Arthur Miller’s  The Crucible, at Barrington Stage last fall, which also has political lessons. A whole lot of people posted reviews of that same show along with mine. I love it when the play gets discussion going.

Has what I have written had an effect? My many stories and reviews of The Whipping Man and Pool Boy at Barrington Stage had something to do with those shows selling out. And my constant harping on the importance of not forgetting to use real musicians to accompany musicals has resulted in improvements. Julianne Boyd told me she waved our reviews of Carousel - where they used two pianos instead of a pit orchestra - at her board when explaining why Sweeney Todd needed a platoon of musicians to make it work.

You also know that a few years ago I started the Gay in the Berkshires blog because I never, ever saw the word gay, or LGBT uttered by any of the media or arts organizations. Here was a whole community of people in the Berkshires who worked, supported and loved the arts and yet they were invisible. Since then we have had two “Out in the Berkshires” weekends, and both Barrington Stage Company and Jacob's Pillow have established and openly promoted "out" nights and events. In time, I expect to see more, and as we approach a critical mass, a whole new segment of tourism could be tapped.

For me, it is those sort of benchmarks that prove what I am doing is valid and effective. I am also surprised when I bump into someone who saw a show I wrote about and recommended, especially if they tell me they were going to pass it over. That, more than anything else, is my raison d'être.

Each of us has our cadre of readers, and they are far more focused than those of the local papers. We are not the ones they read to find out about who got dragged into court (always the most read in the Eagle and Transcript) or who is having a 50-50 raffle and spaghetti supper (yawn) or who fell through the ice. When you think of it, we cover the really interesting stuff, the challenging plays, live music, the gorgeous dance with which our young people celebrate life. As Auntie Mame so famously said, "Life is a banquet and most poor suckers are starving to death."

So you might say I look at myself as the Auntie Mame of arts reporting.