Vanya and Sonia Masha and Spike 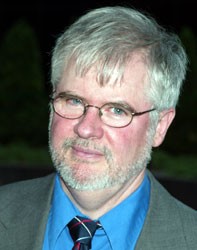 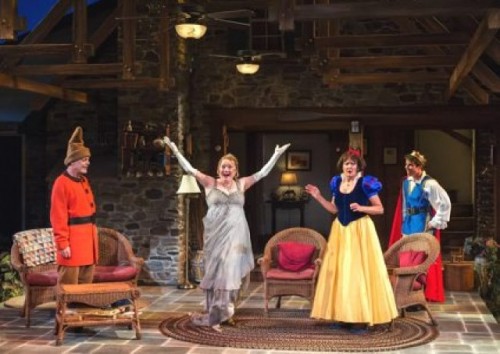 Over the top comedy. 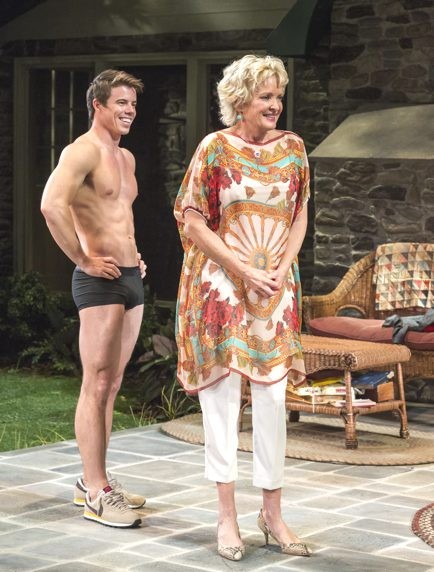 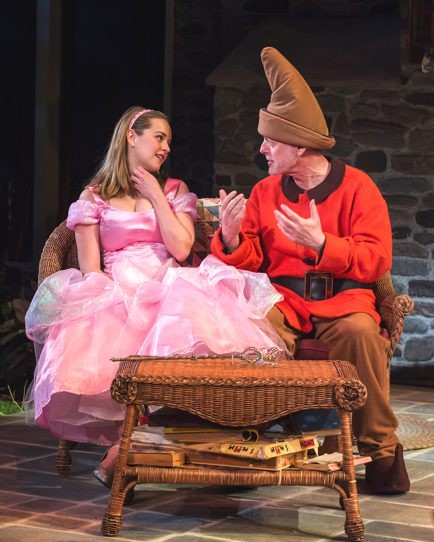 When it comes to the plays of Christopher Durang one thing one can count on is, that he isn’t going to be predictable, old school, or conservative in the traditional sense by a long shot.  Another thing one can rely on regarding Durang, is his penchant for gleefully poking his playwright fingers into the eyes of main stream America.  Just ask the Catholic Church who is always a potential target in Durang’s cross hairs.

Known for his absurd, and brilliant parodies, plus his out-of-the-box thinking in such plays as “Beyond Therapy”; “Sister Mary Ignatius Explains It All For You”; “Miss Witherspoon”; and “For Whom The Southern Bell Tolls” (a witty parody of Tennessee Williams’ iconic drama “The Glass Menagerie”), make his plays favorites with actors.  In Durang plays they can go over-the-top without fear.  In fact he encourages it if the actors feel so inclined.  As an actor himself, he’s simpatico when that urge to soar comes on.

Which brings us to the wildly zany current LA Mark Taper Forum production of “Vanya and Sonia Masha and Spike”.  Deftly directed by David Hyde Pierce (who also starred on Broadway in the 2013 Tony Award-winning show as Vanya), the Taper production stars a terrific ensemble cast that includes: Shalita Grant as Cassandra and Kristine Nielsen as Sonia, (holdovers from the Broadway production; lucky for LA audiences); the inspired casting selection of Christine Ebersole as Masha; veteran Mark Blum as Vanya; David Hull as Spike and Liesel Allen Yeager as Nina, both making their Center Theatre Group, Mark Taper Forum debuts.

The story in short, revolves two middle-aged siblings Vanya and Sonia (their parents were Chekhov fanatics) who share a home in Bucks County, PA, where they do nothing but continually wail, bicker, and complain about the circumstances of their very Chekhovian-like lives.  Suddenly, their movie star sister Masha drops in unexpectedly with her hunky, hot, young boy-toy Spike in tow, informing them that she’s selling the house.  The news of this announcement freaks out Vanya and Sonia who are not rocks of stability to begin with.  What will happen to us, they moan to Masha.  She’s tired of paying all of their bills to keep a house she rarely visits available just for them so she comforts them with a “you’ll think of something” zinger

Also, in this comedy mashup of Chekhovian- named characters are the wired and sassy Cassandra, the maid who claims she can predict the future, and a pretty, young aspiring actress named Nina, whose presence drives Masha up the wall.  Are we peeking into a Snow White/Evil Queen competition in reverse here?  Hmmm.

Durang, freely borrows characters and plot-lines from Chekhov’s plays, then cleverly remixes and reinserts them into his highly entertaining comedy tale with the result being it’s one of the best ensemble casts to tread LA theatre boards in quite awhile. Within the ensemble, Durang and director Pierce allow each character a protracted comedy monologue that leaves the audience breathless, roaring with laughter, and wanting more.

As with most Durang plays, expect the unexpected, and simply let the good times roll.  The actors go over-the-top at times, but always with impeccable timing and with the blessing of director David Hyde Pierce, an actor himself and a person with impeccable comedy timing.  Timing is a gift.  It’s practically impossible to teach.  One either has it, or one doesn’t.  Lucky for us, these actors have it.

Pierce and his creative team really deliver the goods, as well, in this solidly performed production.  The set design by David Korins places us right into the family’s rustic country home in Bucks County, PA. Lighting Designer David Weiner paints the stage with mood-enhancing lighting designs, and the costume of Gabriel Berry perfectly fit each character.

Fans of one of theatre’s gifted playwrights of the absurd and the outrageous will have a field day with “Vanya and Sonia Masha and Spike” at LA’s Mark Taper Forum.  The production runs through March 9, 2014.