The Who & The What by Ayad Ahktar 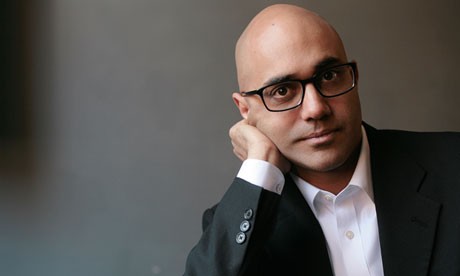 Ayad Ahktar the playwright for The Who and the What. 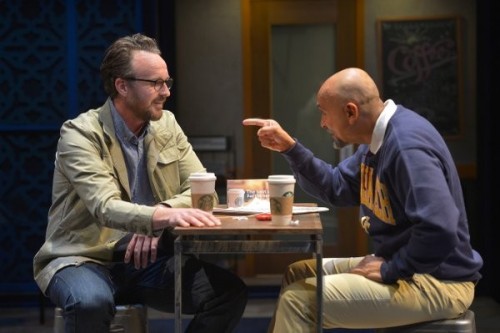 The Who and the What in a world premiere. 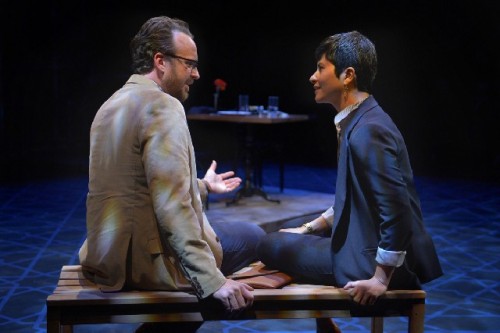 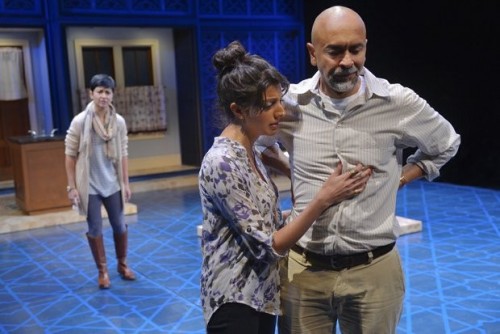 When plays about mainstream America and our way of life are written and produced the story and subject matter usually isn’t focused on Islam or its effect on our culture.  After all, Islam is a minority religion in the U. S.  But it does have a deep and lasting affect of those who practice their religion in this country, be they born into it, or converted to it.

In the world premiere of “The Who & The What”, currently on-stage at The La Jolla Playhouse, playwright Ayad Ahktar boldly goes where few Muslim writer’s (except for Salmon Rushdie) have gone before – to the heart of religion – to the family.  The play focuses on Zarina (Monika Jolly), an outspoken feminist and a brilliant young woman raised in a conservative Muslim family in Atlanta, GA, who routinely clashes with her traditional Pakistani-born father Afzal (Bernard White), and her American-born sister Mawish (Meera Rohit Kumbhani).

The story revolves around Afzal, a conservative Muslim father and businessman who owns a successful taxi-cab company and his two daughters: Zarina and Mawish.

Afzal wants Zarina, his oldest daughter to get married in the tradition of the Muslim faith. Mawish also wants Zarina to get married so she, as the youngest daughter, can finally get married.  Zarina would love it if her family would just leave her alone to fend for herself in the romance department.  She was burned once before when Afzal prevented her from marrying the man she wanted to marry – a white Irish-Catholic guy.  Romance, for now, is on hold.

Zarina’s one outlet, however, is her recently completed book about humanizing the Prophet Mohammad as a man, instead of a deity. She also explores the role of women within Islam.  Although the book is finished she is filled with trepidation about showing it to her father; even to her sister.  She worries that if the book is published it will tear her family apart for good.

The play, sensitvely directed by Kimberly Senior, is a light comedy (honestly) about clashing generations in a Muslim American family. In Senior’s hands, the story is careful not to offend conservatives too blatantly, but does allow for equal secular approaches to life that is unique to America.  Sometime these situations can be funny.  Sometime they can be intense and serious where tempers flare in frustration.  In other words the play is about a typical family in multicultural America.  I believe the issues confronting the characters in “The Who & The What” is a harbinger of a society whose time for discussing similar issues is fast approaching.

But papa has other ideas.  He’s now in the matchmaking business. Enter Eli (Kai Lennox), American-born and a convert to Islam who runs the local mosque.  Eli is a pleasant and intelligent man who agrees to a meeting with Zarina arranged by Afzal.  Alas, there is no spark or fire between them …at first.

Playwright Akhtar introduces religious and cultural concepts for the audience to consider without slipping into didacticism.  But for the most part, the story has to be careful from falling into a series of cliché’s.  As the audience, we’ve been on board since Act One.  It’s only a matter now of style over substance for that happy ending American audiences have come to expect from comedies.  But, “The Who & The What” has more depth to it than a typical comedy about cultural diversity.

The cast is generally solid, but I wish there was more on stage chemistry between Zarina and Eli.  Lennox tries to warm her up, but Ms Jolly has a dialogue battery that is low on energy, except in her scenes with White.  In her scenes with a high-energy performer like White, the sound level on stage could shatter glass. There are times when less is more.  Less shouting at each other, and more modulation in delivery, might mitigate against the audience tuning out due to auditory overload.  White’s timing is also a strength in his performance.  Lennox brings a quiet authority and a nicely nuanced performance to his Eli.  Kumbhani as Mawish, also scores as the young sister eager to get married.

The Scenic design by Jack Magaw makes good use of his design space by using wagons to keep the scenes moving along.  Also the lighting by Jaymi Lee Smith and costumes by Elisa Benzoni are first-rate.  “The Who & The What” runs at the Hugh Potiker Theatre through March 9, 2014.