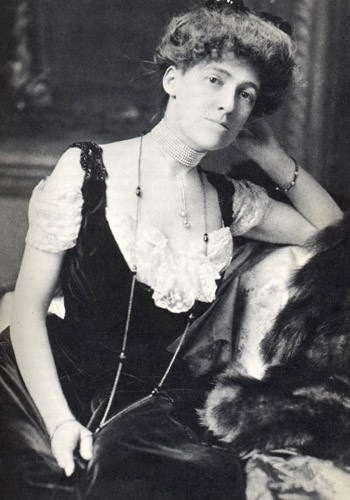 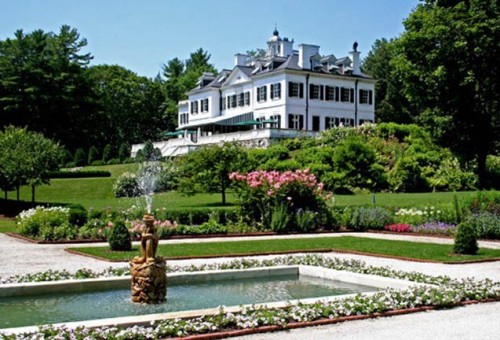 On Saturday, March 13, at 4:00 p.m., The Mount will present a special performance of Edith Wharton's Parisian salon, featuring the Cantilena Chamber Choir. The concert is similar to those given by Edith Wharton in her Parisian salon to raise money for the Belgian war relief effort in World War I.

Inspired by the autographed manuscript score of a choral section of The Legend of St. Christophe by French Composer Vincent d'Indy from The Book of the Homeless, the choir has chosen to perform works by d'Indy and other French composers of the time, several of whom were involved in Wharton's concerts.

The musical evenings and The Book of the Homeless, a compilation of prose, poetry, music and art printed in 1916, were only a few of Mrs. Wharton's many charitable endeavors during the war, for which she was honored by both the French and Belgian governments.

The program features all a cappella music including the Sept Chansons by Francis Poulenc, the Trois Chansons by Maurice Ravel, and rarely heard works for choir by Camille Saint Saëns and Vincent d'Indy. Narration by Molly McFall, The Mount's librarian, will provide lively background information about Wharton's connections with the composers and her admirable fundraising efforts during World War I.

Now in its sixth season, the Cantilena Chamber Choir is the Berkshire region's leading a cappella group. For the past two seasons it was heard on a special WMHT Christmas Eve radio broadcast of Lessons and Carols. The Choir has collaborated with the New England Baroque Soloists, Aston Magna and The Empire Brass, and appeared a second time this December with The Empire Brass at the Mahaiwe Performing Arts Center in Great Barrington.

The Choir is in residence at Trinity Church in Lenox and is under the artistic direction of Andrea Goodman who is also the Director of the Northern Berkshire Chorale in Williamstown and the Saratoga Choral Festival, an annual summer concert series for chorus and orchestra in Saratoga Springs, N.Y.

About The Mount
The Mount is both a historic site and a center for culture inspired by the passions and achievements of Edith Wharton. Designed and built by Edith Wharton in 1902, the house embodies the principles outlined in her influential book, The Decoration of Houses (1897). The property includes three acres of formal gardens designed by Wharton, who was also an authority on European landscape design, surrounded by extensive woodlands. Programming at The Mount reflects Wharton's core interests in the literary arts, interior design and decoration, garden and landscape design, and the art of living. Annual exhibits explore themes from Wharton's life and work. In the summer of 2010, The Mount launches the Berkshire Literary Festival, a vibrant gathering of writers and readers in one of the most beautiful settings in the Berkshires. Learn more at www.edithwharton.org

About Edith Wharton
Edith Wharton (1862-1937) was born into the tightly controlled society of Old New York at a time when women were discouraged from achieving anything beyond a proper marriage. Wharton broke through these strictures to become one of America's greatest writers. Author of The Age of Innocence, Ethan Frome, and The House of Mirth, she wrote over 40 books in 40 years, including authoritative works on architecture, gardens, interior design, and travel. Essentially self-educated, she was the first woman awarded the Pulitzer Prize for Fiction, an honorary Doctorate of Letters from Yale University, and a full membership in the American Academy of Arts and Letters.