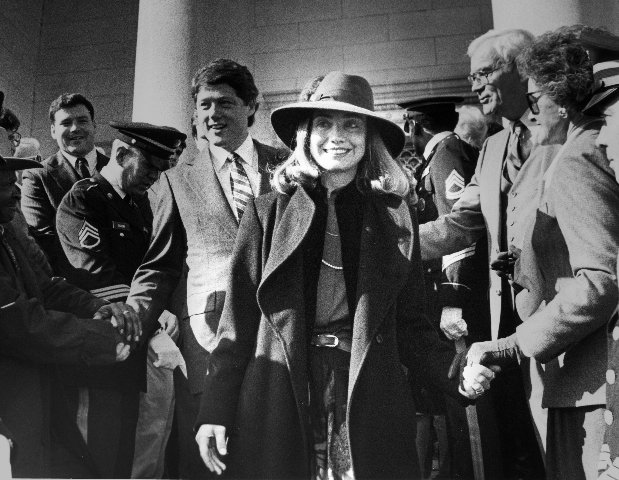 'Hillary' - All photos: courtesy of Berlinale 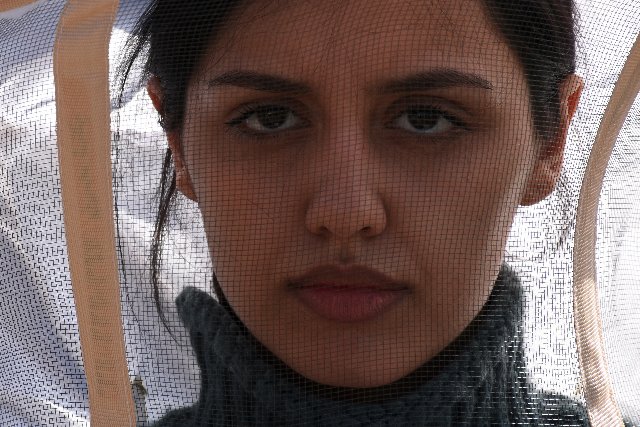 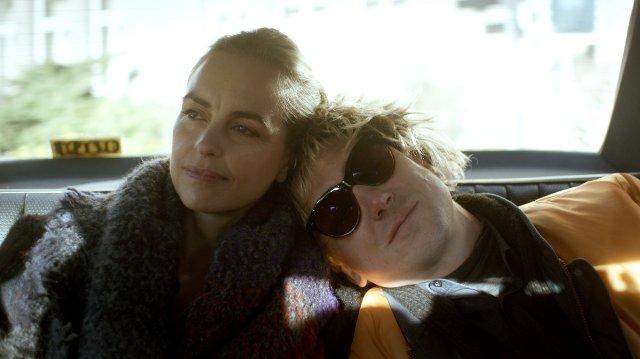 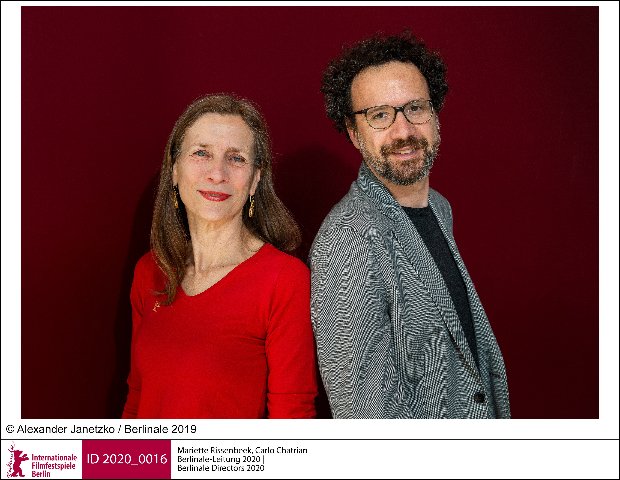 The 70th Berlinale, the huge international film festival in Berlin took place between February 20th and March 1st, 2020.  Great expectations were put upon the new festival leaders, Carlo Chatrian (artistic director) and Mariette Rissenbeek (executive director). What came about was not much of a change.  It was still the biggest international  festival with audience participation. There were slightly fewer works selected, 340 in contrast to last year's 400.  The venues all over Berlin with a concentration around Potsdamer Platz and Berlin Mitte remained, and the public came in droves to the sold out showings.

What changed was the style in leadership and focus. Where the longtime festival chef Kosslick was ebullient, charismatic and dramatic, the two new bosses remained elegantly in the background. Too much perhaps, since they had to establish themselves and a distinct new direction for the Berlinale. And, since this did not happen, the festival mostly went along in its proven path with timidly reaching for new ways: the new series Encounters with15 films was added. It turned out to be an extension of the Wettbewerb/ Competition series. But the very popular series the Culinary Kino was taken away.

If Rissenbeek's credo from the task of filmmakers to identify topics and thus consequently help shape the future of men has been the selection modus, then, according to the films in the main series, the Wettbewerb (Competition), the world is not in a happy place. Many of the 18 films in this section dealt with never being able to belong, like Burhan Qurbani's Berlin Alexanderplatz where Francis (Welek Bungu) after his flight from West Africa wants to become a decent citizen of Berlin. But he is an illegal immigrant and cannot escape  drifting into the criminal world in order to survive. Francis is the 2020 take on Franz Biberkopf in Doeblin's famous novel in 1920s Berlin. Change to a better life will not come for the protagonist, but perhaps, for the child of Francis and his lover Mieze. Hope despite hopelessness is the tenor in many of the films, for example by the Italian brothers Fabio and Damiano D'Innocenzo in their movie Favolacce (Bad Tales) where families in the outskirts of Rome try to clamber up the social ladder. It received a Silver Bear for its camerawork.

The two American contributions in the main section dealt with struggling on, despite unsurmountabel challenges. Kelly Reichardt directed First Cow, a tale of survival in 19th Century Oregon. Two outcasts in search for an easier life find each other by accident. Illegally milking the only cow that belongs to a rich landowner provides the basis for baking delicious scones and making them rich – until they are found out and are chased away. They die together en route but at peace in this harsh fairy tale. The other one, Never Rarely Sometimes Always by Brooklyn born filmmaker Eliza Hittman is a modern day run away story of a pregnant youth and her helpful cousin across the Americas to find a way out of her dilemma in New York City. It was applauded as a very touching and heart-worming film about finding a way for survival and received a Silver Bear as Big Prize of the Jury.

Although the six members of the International Jury, headed by the British film star Jeremy Irons and including the American filmmaker and playwright Kenneth Lonergan, did not do well in selecting positive scripts, they did well in selecting powerful works reflecting inevitable acceptance of life's destructive paths for their heroes and heroines. Heart breaking and wonderfully tender is the British director Sally Potter's film The Roads Not Taken about the dementia stricken Leo (Javier Bardem) who is driven through New York City by his loving daughter Molly (Elle Fanning). Leo drifts in and out of memories about the roads he has not taken in life, like staying with Dolores (Salma Hayek) in Mexico or as a writer on a Greek Island.

Another movie about inevitable decline, this time real death from cancer, is the Swiss film Schwesterlein (Little Sister) by Stephanie Chuat and Veronique Reymond. The famous theatre actor Leo, played by German star Lars Eidinger, is dying of cancer.  His twin sister Lisa, performed by equally famous Nina Hoss, fights with and for him until he has to leave this world. It is a powerful performance of both actors. But the Silver Bear for Best Female Performer went to Paula Beer in Christian Petzold's German film Undine, a romantic love story that literally ends in the waters of a reservoir.

Equally powerful and sad as Schwesterlein is  Volvedo Nascondermi (Hidden Away) by Italian director Giorgio Diritti. The story is based on the real painter Antonio Ligabue,  following his sad life as an orphan, then on his becoming famous despite the contempt of his surroundings and his final decline into insanity. Elio Germano as Antonio Ligabue performed fabulously and absolutely deserved his Silver Bear for Best Actor.

Although most politically explicit films  at this year's festival belonged into the Panorama or Berlinale Specials section, there is one exception. Ilya Khrzhanoskiy's and Jekaterina Oertel's DAU. Natasha that eases the onlookers into a fascinating portrayal of how the Russian secret service procedures turn people into informers for the system. Natasha (Natalia Berezhnaya), who runs a restaurant at the DAU institute has an affair with a French scientist. This episode is used to make her succumb to becoming an informer through physical and psychological torture. Juergen Juerges received the Silver Bear for his camera work. This film is actually the first of fourteen movies produced for the original DAU project, a monumental undertaking about life in Russia that should have included rebuilding a wall in Berlin's center. It was forbidden two years ago in Germany. One more of its 14 films was shown within Berlinale Special. Named DAU. Degeneratsia where the Institute of secret physical experiments has reached its declining phase.

Astonishingly, this year's Berlinale has put politicians center stage, not at the Competition but at the Berlinale Specials series. Who would have thought that Hillary Clinton became a superstar guest as herself in Nanette Burstein's documentary Hillary. There was protest outside and there were over four hours of film to be taken in, but it proved an absolutely worthwhile experience. This time in Berlin Hillary Clinton stole the show.

Political as well, of course, was the presentation of the Golden Bear for Best Film to Iranian filmmaker Mohammad Rasoulof, who was not allowed to attend. It proved to be a very emotional gesture applauded by all.

Less dramatic but certainly interesting, also shown at Berlinale Specials, was Courtney Stephens and Pacho Velez documentary The American Sector.  This US movie traces locations all over the United States where pieces of the Berlin Wall found its final place. Amazing to see for a San Antonian, as myself, that one part of the wall is located at Ripley's, an entertainment location across the shrine of the Alamo mission in San Antonio.

One other highlight and a bow to American film making was the retrospective for American filmmaker and producer King Vidor who was born in Galveston, Texas. 37 films spanning 40 years between 1919 and 1959 were shown at Berlinale Classics.  This immense undertaking brought his works back into the consciousness of the public.

No problem with recognition had the great actress Dame Helen Mirren who received a Silver Bear for her lifetime accomplishments.  She endeared herself to the public at her gala by telling that her Oscar will fall in love with her Silver Bear now.

All in all, what could be said is that the 70th Berlinale was a good continuum of a great festival, with just a few improvements. Let's look forward to next year.