Programming to Reveal the Arc of the Maestro's Musical Journay 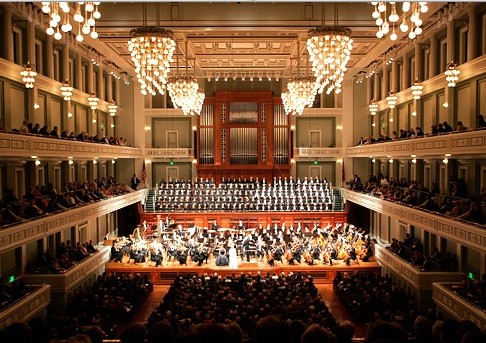 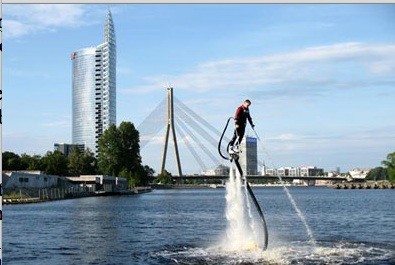 Where is this bridge? Boston or Riga?

Has Boston come up with an answer to the survival of classical music?

Surely when they appointed the young Andris Nelsons as their music director they took a step in the right direction.

Now we see the first season he has designed. In the ten programs he will conduct,  audiences will tour his musical development.  The Maestro’s musical heart is detailed.

From the overture to Tannhauser which first caught his ear, to his studies with Mariss Jansons, Nelsons has listened ever more deeply.

He is not a conductor who waves blown-dried hair and his baton to catch an audience’s eye.  Like Riccardo Muti, it is all about the music.  The love of the music. In letting us in on his musical journey, Nelson proposes to share his love with the audience.

This may sound gooey, but if classical music is to survive, audiences must engage on an elemental level.

Yes, we have to get young audiences, because people age and die and are no longer listeners.  We probably have to let audiences eat and drink in orchestral venues.  A Milton Academy classmate danced in the aisles at Symphony Hall and was punished.  Dancing should be not only permitted, but de rigueur.  Let music enthusiasts eat bread and applaud when they feel like it, not restrained by convention.

Certainly on the lawns of Tanglewood and Ravinia, elaborate picnics and errant children dancing to whatever is being performed, even a Strauss tone poem, create the right mood.  Shakespeare never suffered from guffaws and the stomping of feet.

Nelsons is unrestrained in his presentation of music. What is nice about his givingness is that it is about the music, not him.  So even in presenting himself as a journey, it is the music on which we will focus.

After Tannhauser, the symphonies of Shostakovich, Rachmaninoff, Sibelius, Bruckner, Beethoven and Mahler will be shown through the Maestro’s eyes and heart.  Strauss tone poems. A Bartok Suite and Stravinsky’s Rite of Spring will also be brought forward.

Contemporary  Latvian composer Eriks Esenvals new work for chorus and orchestra will give a sense of the Baltic spirit.

No doubt the programming is exciting. The voice is prominent. For some reason, which may in time become apparent, audiences are still mightily drawn to this musical instrument.

Listening to the Latvian State Choir, to tenor Aleksandrs Antonenko, to Esenvals Evening, to Jansonns conduct, and the Maestro’s Latvian soprano wife, you wonder about genetics.

Jonas Kaufmann opens the season with a gala performance conducted by Nelsons with his wife also singing.  Kaufmann is not just a tip to audience enthusiasm. The two men have worked together and obviously enjoy each other’s music making.  And that is what the entire exercise is about.

Boston is a watertown and so too is Riga. Let us hope that the Maestro will make Boston and the Berkshires his second home.  From this base, he is obviously going to have the support of the BSO and the audience as he finds just the right place for classical music in the 21st century.  We will eagerly follow the new course.