Ghost the Musical in Indy

Broadway Across America Comes to Town 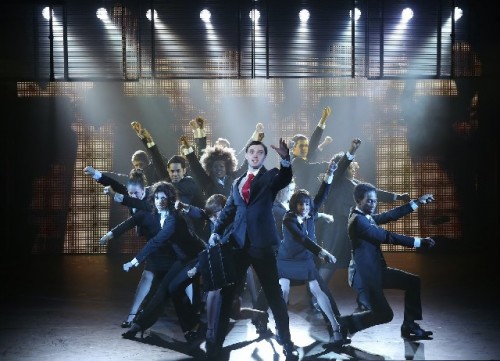 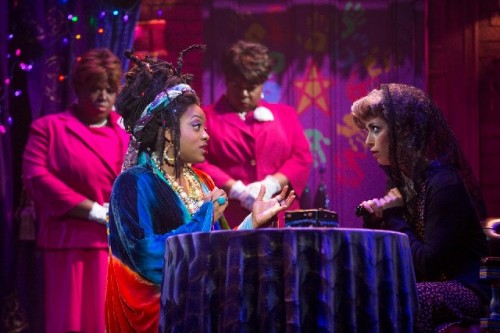 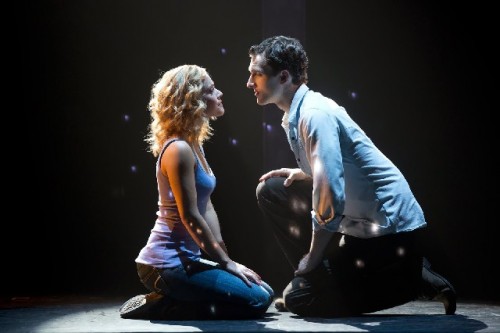 The latest in a string of movies turned musicals is Ghost the Musical. A Broadway Across America show based on the 1990 film of the same name, the production follows in the footsteps of The Wedding Singer, Grease, Once, Newsies, Sister Act, Flashdance and a few notable others, fleshing out the story from the movie with musical numbers. This popular trend works well with some movies, but feels forced with others; unfortunately Ghost is one of those others.

The love story with a supernatural twist introduces us to Molly and Sam, a young couple whose devotion can only be challenged by Sam’s untimely death. The film was best known for Whoopi Goldberg’s sidekick sass and for making pottery wheels sexy. Carla R. Stewart plays the role of Oda Mae Brown, originated by Goldberg, and brings a much-needed levity to the show.

A cinematic opening sets the bar for a show that depends heavily on digital screens, flashing lights and other production gimmicks. Awkward choreography and a score with no real heart don’t help it along either. During many of the numbers the music and manic dancing overwhelm the singers. Songs like “I’m Outta Here” are superfluous; clearly filler pieces that add nothing to the show and making the musical aspect take away from the actual story.

The two leads, Steven Grant Douglas as Sam and Katie Pototnik as Molly, both provide excellent vocals and have great chemistry. They do the best they can with the material, and the production strongest in the quiet scenes featuring the duo. In those simple moments the show finds its pace and the right balance of sweetness.