Anthony Rapp Reads The Skin of Our Teeth 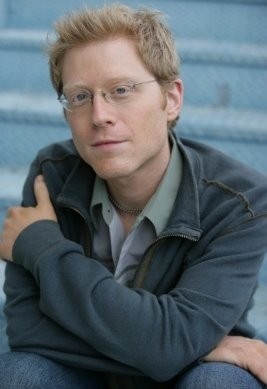 Anthony Rapp will direct the Thornton Wilde classic in a free performance.

Commonwealth Shakespeare Company announces the second installment in its American Voices 2011 script-in-hand presentation series: The Skin of Our Teeth, by Thornton Wilder.  Acclaimed actor and singer Anthony Rapp directs this American classic, which won the 1943 Pulitzer Prize for Drama.

The Skin of Our Teeth is an apocalyptic everyman story, sweeping from the Garden of Eden to suburban New Jersey that is as frightening for its familiarity as for its peculiarity.

The free performance is Monday, March 14 at 7pm at the Wimberly Theatre at the Boston Center for the Arts. There will be a Wine and Cheese reception with the cast and director immediately following the reading. Reception tickets are $20 and can be purchased at commshakes.org or by calling 617.426.0863. Orders received by 12 noon on Monday, March 14 will have a guaranteed seat at the reading as well as admittance to the reception. A limited number of reception tickets are available. Attending just the reading is free; however seating is first come, first served with limited availability. For more information on the attendance policy, please visit commshakes.org

Commonwealth Shakespeare Company, best known for its annual free performances on Boston Common, is a non-profit organization founded in 1996 dedicated to bringing the works of William Shakespeare in vital and contemporary productions to the people of Boston. In addition to the annual Boston Common production, the company offers a summer “Tour of the Parks,” with a Shakespeare-inspired program designed for families as well as other Shakespeare-related programming throughout the year. Previous productions include Othello, The Comedy of Errors, As You Like It, A Midsummer Night’s Dream, Taming of the Shrew, Hamlet, Much Ado About Nothing, Macbeth, Henry V, Twelfth Night, The Tempest, Romeo and Juliet, and Julius Caesar. For more information, visit www.commshakes.org

Anthony Rapp (Director) has been acting and singing professionally since he was nine years old. He is best known for originating the role of Mark Cohen in Jonathan Larson’s Tony Award- and Pulitzer Prize-winning musical,  Rent, for which he shared an OBIE Award with the rest of the cast. He reprised his role in Chris Columbus’s film version opposite other members of the original cast. Rapp recently visited the role once more with original cast member Adam Pascal in a national tour of the show. He  was recently seen in Don Roos’s  The Other Woman opposite Natalie Portman and Lisa Kudrow.

His Broadway credits include the revival of  You’re a Good Man Charlie Brown and John Guare’s  Six Degrees of Separation. His Broadway debut was in  Precious Sons with Judith Ivey and Ed Harris, for which he received an Outer Critics Circle Award and a Drama Desk nomination. His most recent stage appearance was in Second Stage Theatre’s  Some Americans Abroad. Film credits include  Adventures in Babysitting, School Ties, Dazed and Confused, Six Degrees of Separation, Man of the Century, David Searching, Road Trip, and A Beautiful Mind (SAG Award nomination for ensemble). He has also appeared in  Winter Passing, a film written and directed by his brother, Adam Rapp.

On television, Rapp has appeared in “The Lazarus Man,” “The X-Files,” “The Beach Boys: An American Family,” “Kidnapped” and “Law & Order: SVU.” In 2000, he released his debut album,  Look Around. He has performed his music in clubs and at colleges throughout the country. Mr. Rapp  recently performed his one man show Without You  in Seoul, South Korea and a series of concerts with Adam Pascal in Japan.