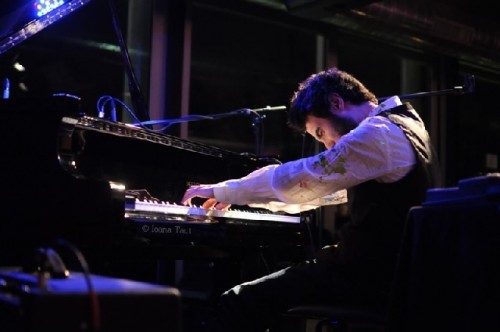 Tigran Hamasyan is an Armenian jazz pianist. All photos curtesy of Ioana Taut. 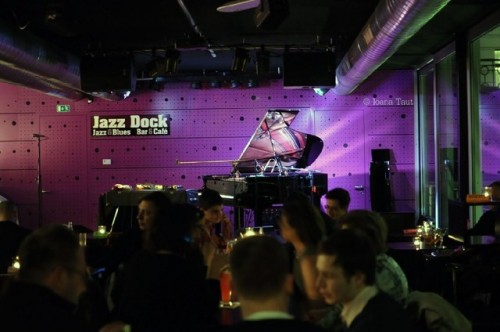 The club is dedicated to jazz, good food and drink. 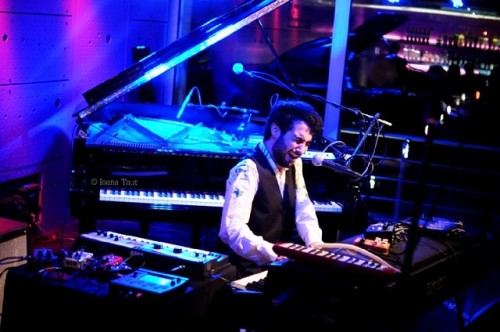 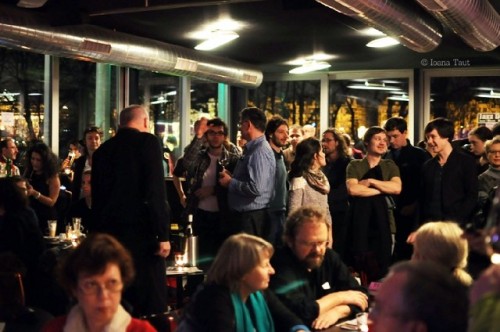 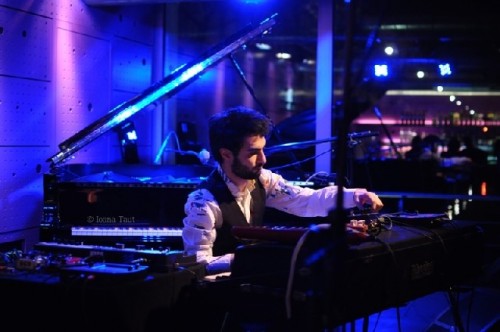 At the keyboard 'mixing'. 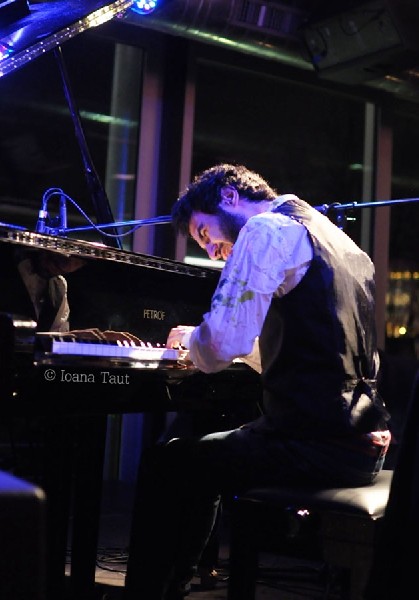 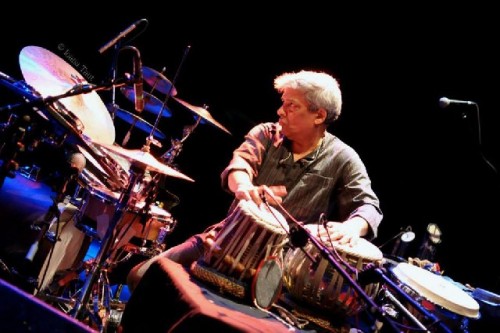 The Czech Petrof Piano Company, currently the biggest piano manufacturer in Europe, has supported over time many music events and festivals by offering their distinct pianos for the occasions. Last month’s Petrof Pianojazz Festival in Prague, February 24-27, received their support as well and organizers of the festival managed to put together a great line-up by gathering a handful of talented European piano players. There were local Czech musicians like: Hlavenková and Justin Lavash, Vítek Kristan Duo, Matej Beko Solo and Trio, or artists from other European countries, such as Gabriele Pezzoli Trio from Switzerland, Kari Ikonen Trio from Finland and Fabio Giachino Trio from Italy.

The festival was held in one venue, the Jazz Dock, a well know jazz and blues pub in Prague, located on the Vltava river. At the beginning, I somehow felt bothered by the lack of space, until realizing how long it has been since the last time I enjoyed such a special jazz concert among a small group of people. Armenian jazz artist, Tigran Hamasyan, opened the Petrof Jazzpiano Festival on Monday.

The first part of the concert was based on Hamasyan’s solo album, Fable, and was conducted in a classical, somewhat conservative way. One would refer to some pieces as ballads and lullabies. They were of a rare clearness and immaculate composition. The approach was smooth and substantial, like every time he touched the keyboard, something astonishing, overwhelming would rise up in the air and enchant us. Looking back, I still think of that night as a wistful moment between dream and reality. Although everything sounded so crystal clear and reachable, there is a musical complexity that Hamasyan was wisely handling in his own particular way. If you have seen him live before, you know what I am talking about and if you haven't yet, just pay attention to this when you'll hear him play. It's that singing or humming along when playing the piano solo that helps him keep everything to an essential level and beats the limits of a regular piano recital.

Seeing him live for the first time, I realized something more about him, besides his innate talent! There are many great musicians out there, but Hamasyan is more than that; he doesn’t fit the usual pattern - he is unique! It's not easy to explain the vibe you get when you see a short guy, still with the allure of a teenager, effortlessly taking over the piano. I think it's something similar to wild animal trainers, who get to know and bond with the animals so well. They come to see and accept each other as equals. I think that's how strong the connection is between Hamasyan and the piano. What's more beautiful about it is that he is able to send his state of mind into the audience.

The second part of the concert was a total switch from the classical approach to an experimental one. By experimental I mean totally unexpected ideas and approaches, like blending break-beats and various samplers with the piano, even getting close to mixing like a disc jockey! The method is somewhat conflicting for this reason: When you experiment with something, it actually means that you are trying out things without knowing the end result, a good or a bad one. Well, I don't think there was ever a moment, when Hamasyan wasn't maneuvering his tools with perfect awareness and knowledge, yet improvising. Even so, as different as it was compared to the beginning of the concert, people enjoyed it and appreciated it maybe even more.

The concert lasted for approximately two hours and as impressed as he declared himself to be with the architecture of Prague, at least that much he impressed a Prague audience in return!

That Monday evening was definitely an atypical one, since earlier that night I also attended the concert of another memorable jazz artist, Trilok Gurtu. It was a fortunate coincidence that both, Gurtu and Hamasyan, had their concerts scheduled the same night, same city, although totally independent of each other. Fortunately, for some of us, we did not have to chose between one of the two.

Gurtu's concert in Prague was part of a releasing tour of his latest album, Spellbound - a project, where percussion is accompanied by trumpet, bass and keyboard, stormy and powerful percussion! It was indeed a powerful concert, producing an excellent bond with the public and a great atmosphere.

Returning to the title of this article, Prague’s jazz fans are looking forward to the Second Petrof Pianojazz Festival in the near future.