The Confession of Lily Dare Off Broadway 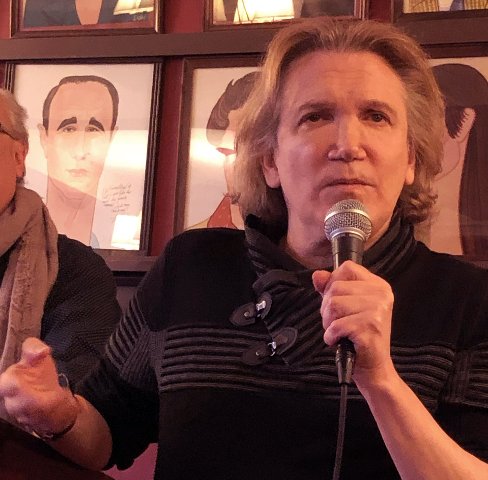 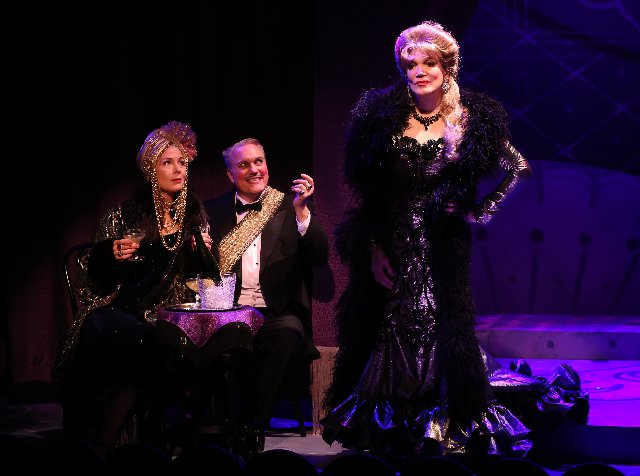 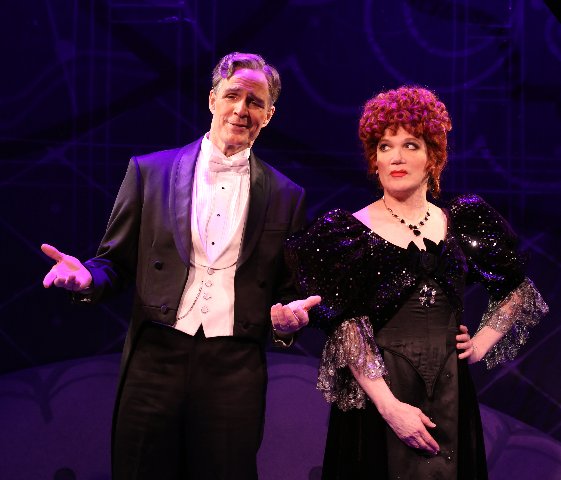 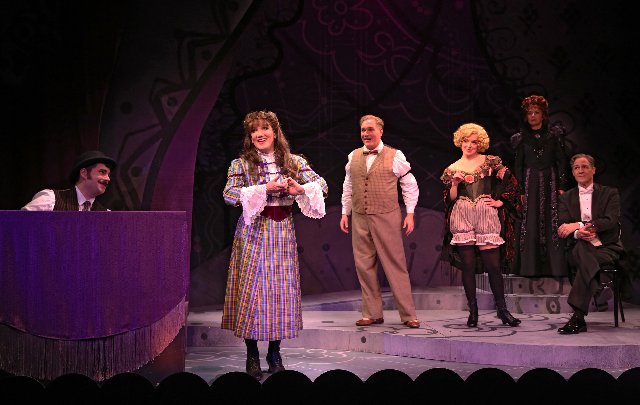 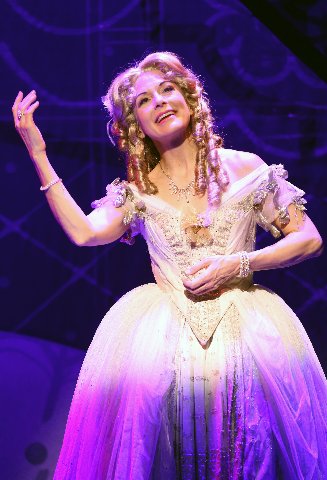 In or out of drag, whether on stage or page, the 65-year-old actor playwright Charles Busch, with some forty years of show business under his belt, is a force to be reckoned with. His signature calling card is in his allover inventiveness, his humorous tongue-in-cheek playfulness, looking outrageously spectacular in a gown and wig, and most importantly, a straightforward honesty in everything he touches. In short, Busch is entirely believable even when he is not.

The Confession of Lily Dare, Busch’s latest outing, as both playwright and lead actress, packed them in at the Cherry Lane Theater in New York City. The show which closed on March 5,was a humorous, fast-paced dish of delicious camp.

The year is 1950, and Confession opens and closes at Lily Dare’s graveside with prostitute Emmy Lou (Nancy Anderson) and Mickey (Kendal Sparks) paying respects to their  friend. Told in flashbacks, the play traces the vertiginous rise and fall of Lily Dare channeled by Charles Busch in the melodramatic style of Hollywood’s pre-code films.

Many of these films were peopled by woman, both fallen and not, who, in dire straits (most often because of a man), were forced to give their children up for adoption or turn to the streets for a living. Lily Dare, with talent to spare and luck mostly on her side, until not, is one of these larger-than-life women.

Confession, with more plot undulations than a snake on LSD, casts an unblinking eye on the innocent sixteen-year-old Lily. She is festooned with a million fabulous costumes (Jessica Jahn) and wigs (Katharine Karr). She was  kicked out of a Swiss convent after her mother was killed in an avalanche. She found a home in San Francisco at her Aunt Rosalie’s (Jennifer Van Dyck) bordello, and became a popular cabaret performer.

Further gilding his Lily, we follow Lily’s higgledy-piggledy trajectory as an unwed mother who puts her daughter Louise (Nancy Anderson) up for adoption. She is an owner of a string of highly successful money-making brothel but ends up in jail taking the rap for Blackie (Howard McGillin), over the theft of diamond earrings. Of course, as the man that done her wrong, he gets his comeuppance, this at the murderous hand of a vengeful Lily.

As far as the mixture of Lily Dare’s acting styles employed by Busch in this play, he begins by donning the innocent demeanor of silent-film stars Mary Pickford or the Gish sisters. As Lily continues to age over time,  she jumps right into emulating the highly stylized walk, talk, and facial expressions of yesteryear’s cinematic queens of camp, Mae West and Joan Crawford.

“Pirate Joe,” the big show-stopping number has Busch conjuring up nostalgic memories of Dietrich. I could just see him (if only!) coming downstage and singing “Falling In Love Again."

The Confession Of Lily Dare opened on Wednesday, January 29, 2020 in New York City at the Cherry Lane Theatre 38 Commerce Street. It closed on Thursday, March 5, 2020. Written by Charles Busch and Directed by Carl Andress. Running Time was 2 hours with one intermission.