James Levine at the Metropolitan Opera

His Intense Schedule is Cause for Concern 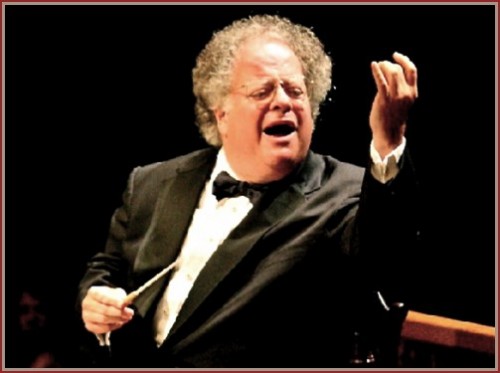 The health issues of James Levine have caused uncertainty regarding his intense schedule at the Met and beyond that Tangelwood this summer.

Sources close to the Metropolitan Opera suggest that all is not well for General Manager, Peter Gelb, and the company. The Met is dealing with the health issues of its artistic director, James Levine. His role beyond this season is uncertain. There are other concerns about productions scheduled for the remainder of 2010-11 and into the future.

Part II of the Wagner’s new Ring is pending. Ben Heppner, who was due to sing Siegfried next year, retired from the role on February 8th.  While Bryn Terfel, a superb baritone, clearly is not the bass-baritone required for Wotan, there has been no talk of his immediate replacement.  But Deborah Voight, who was, at best, received politely in The Girl of the Golden West, is cause for concern.

Voight has just returned from Wales where she was being coached for Brunhilde.  Wales is not as odd as it might sound for coaching, because that’s where Terfel lives and he is an acknowledged homebody.  Hopefully, coaching has prepared them both for Walkere.  The opera ends in one of the most beautiful and heart-wrenching scenes ever composed.

Sources indicate that there is a search for a sub for Voight, or a complete replacement. Although her image as Brunhilde blankets New York, Gelb may be forced to hire another singer.  Nina Stemme, the obvious choice, is due in San Francisco in June for three full cycles of the Ring.  Katerina Dalayman, who is scheduled to alternate with Voight next year, is in Europe. Violeta Urmana is busy. Other possibilities, like Linda Watson or Judith Nemeth, don’t have marquee appeal.  At desperate moments, Jane Eaglen's name is heard, but she is retired from the stage and has been teaching.

Walkere runs for over five hours.  There are well founded concerns that Maestro Levine will not be able to conduct.  Fabio Luisi, the Met’s principal guest conductor, is in residence for performances in April and May and would be available for last minute substitutions.

Levine is scheduled to open the BSO’s Tanglewood season on July 8. There he is on also conducting on July 9, 16 (twice including morning rehearsal and an evening performance), 23, 24, 25, 29 and August 3. In addition to conducting Levine is essential to the educational programming in Lenox through master classes and mentoring. He has a particular impact on the vocal fellows.

As of now Levine’s name remains on the Met’s website for the Japan tour and on the BSO’s for his full Tanglewood schedule. Given his ongoing struggles with back pain and health issues audiences may only hope that he is able to fill all of the commitments of a full and demanding schedule.

At the Met, they appear to be prepared to replace him in Il Trovatore.  Wozzeck is a favorite on his, an opera the Met schedules for him, and perhaps he will be able to manage its four performances. It comes between two performances of Das Rheingold and seven performances of Die Walkere. Matthias Goerne, the Wozzeck lead, quit on March 7 to have knee surgery during the run of the opera.

This uncertainty takes a toll on the Met staff, despite reassurances from administration.  Arguably, the unwise casting in Walkere is partly Levine’s fault. There are complex reasons why this was allowed to happen. One assumes he knew that Karita Mattila was a disaster in Tosca. She was panned by critics in her native Finland for performances as Tosca four years before she performed at the Met. Ultimately, Luc Bondy who created the new Tosca production, was blamed to keep the gaze off the popular Mattila. Levine was ill after the first performance and did not conduct any others.

Angela Gherghiou appears to have ended her career at the Met citing illness for canceling her entire run in Romeo and Juliet.  On March 7 the company announced that she will not appear in Faust next year.  This seems severe punishment to a perhaps difficult but still stunning soprano and charming and warm actress.  When she arrived in New York for rehearsals, she reacted badly to Placido Domingo’s conducting. When he leads, he often goes in one direction, the orchestra in another, and the singers follow their own bliss.  Domingo is a wonderful singer, but his conducting is difficult for all artists.  No one is stepping up to say no.

If Voight performs as Brunhilde, and she probably will, because substitution at this late date for an important premier is almost impossible, reviewers will be sympathetic.  She is respected as an artist who has given so much to music. Critics are not likely to be harsh on Terfel, although he may be uncomfortable with the bass range of Wotan.  Is there a search on for a new Siegfried, a singer of Ben Heppner ‘s stature?   It is surprising that no one called attention to Heppner’s difficulties, which have been notable for at least five years.  (He ‘retired’ from the role on February 8th).  Sometimes it feels like no one is minding the shop.

Given the accomplishments and artistic status of Levine it is lamentable that his precarious health had such a great potential impact on two great organizations. But it’s cost is not as minimal as Gelb’s note to the staff (cited here in) would have you think. With so much at stake we may only wait patiently as this opera within the opera unfolds.