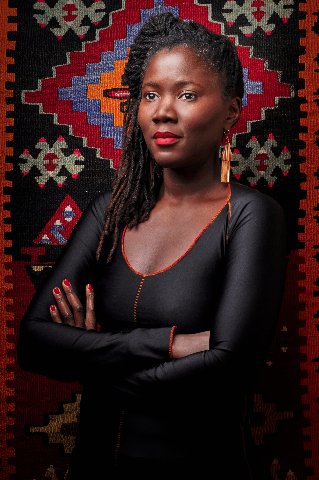 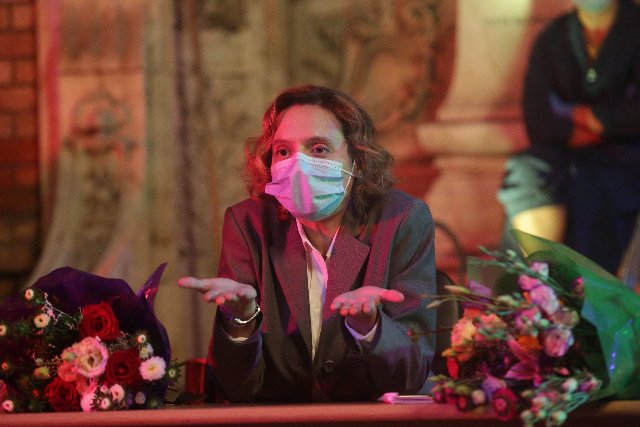 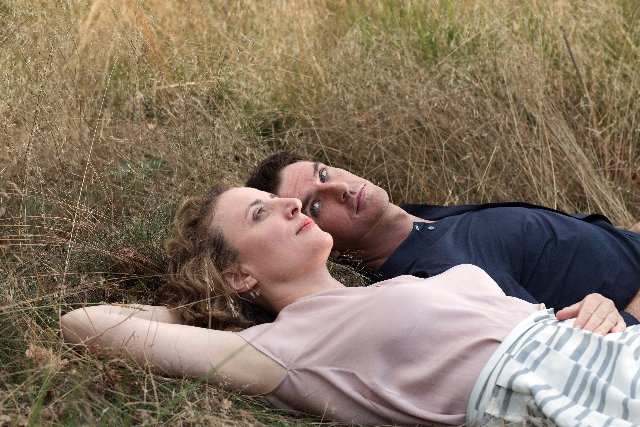 Berlin, March 1st - 5th, 2021, a virtual film festival has come to an end. The winners have received their Golden and Silver Bears and they will return to Berlin in June, 9th - 20th, 2021, for the award ceremonies and, so the world hopes, for the public viewing of their movies.

Having started in 1951 the Berlinale is one of the largest international film festivals that screened, until this year, for a huge public. This March though, only the jurors, the professional film market and the press had access to the streamed movies. There were five categories, and only about 100 films were selected. At the most important one, the Competition had 15 works showing.

Maria Schrader’s I’m Your Man (Ich Bin Dein Mensch) is a German experiment in living with a humanoid. Maren Eggert, as the scientist Alma, received the Silver Bear for Best Leading Performance. In this lighthearted tour de force Alma was to take the robot Tom (Dan Stevens) home to see how human he could behave, but she ended up falling in love with him instead.

Another German movie, Maria Speth’s Mr. Bachmann and his Class (Herr Bachmann und seine Klasse) reaped a silvery prize as well, the Silver Bear Jury Prize. A wonderfully eccentric teacher, an aged hippy type, brings his class of immigrants with limited command of German to complete their basic education courses in harmony. Without being saccharine, the transition of the youngsters into opening up to their new surroundings, is convincing and heart-warming.

Not sweet but downright heart-wrenching is Dénes Nagy’s Into the Light (Természetes fény). This Hungarian movie received the much-deserved Silver Bear for Best Director. It depicts atrocities committed by Hungarian soldiers during WWII in the Ukraine, all seen through the eyes of sergeant Semetka (Ferenc Szabó). Consequently, he suffers quietly and stoically without any relief or resolution in this dark film, surrounded by the ever-present accusations of a gloomy forest.

Personal sufferings shown in its many facets seems to have been one of the strong driving forces in the 2021 grand jury’s selection processes. The Silver Bear Grand Jury Prize to Japanese Ryusuke Hamaguchi’s film Wheel of Fortune and Fantasy (Guzen to sozo) depicts in several independent episodes the search of people looking for a purpose in life or a soulmate.  It is not a glamorous focus but rather an unobtrusive following of subtly developing stories of lives not connected with each other. One of the episodes centers on two women Natsuko (Fasako Urabe) and Nozomi (Aoba Kawai) who meet by chance at an elevator. Both lead lonely lives, each thinking of an old schoolmate. They discuss this over tea and from it, a tenuous friendship arises between these strangers.

There was one film in the Competition that did not reflect on world affairs from an intimate or personal viewpoint only, but focused on severe problems within the social system, specifically in the police force of Mexico City. That was Alonso Ruizpalacios’ A Cop Movie ( Una pelicula de policias). The Silver Bear for Outstanding Artistic Contribution went to its editor Yibran Asuad. Created as a docudrama, it unveiled the widespread corruption within the force and depicting dire consequences for a police couple that did not want to play along.

The majority of the chosen films at the Competition did not reflect nepotism and disadvantaged groups as directly as una pelicula de policias. Even the new section at the Berlinale – Encounters – kept criticism at a gentle level. This new platform also offered approximately 15 movies.  It is designed to foster “aesthetically and structurally daring works from independent filmmakers…. to give more room to diverse narrative and documentary forms in the official selection.” It certainly did this judging from their prize for best film, the French docudrama Us (Nous) by Alice Diop. It puts scenes of upper-class hunting parties side by side with views of lives of black immigrants, of seniors of all colors and walks of life and of commentaries of aspiring hopefuls, searching for a better future.

Over the years the Berlinale has developed a reputation for being politically skewed. This did not seem to have been a strong factor in this year’s selection process. COVID-19 definitely must have sharpened the view into more personalized encounters calling on the senses and sensibilities of individuals.

*International jury for the Competition: