The Art of Sacrifice by Anthony Clarvoe 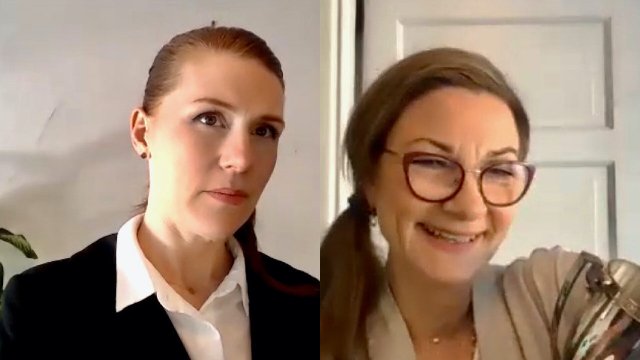 Who would have thought that a recent television miniseries would spawn huge enthusiasm for a dweeby mental challenge like chess?  – especially when the protagonist is not only female, but a child for much of the chronicle.  While no others loomed so large in the public’s fascination, “The Queen’s Gambit” was certainly not the first performance work to feature chess as a central theme.  Among others was Anthony Clarvoe’s play “The Art of Sacrifice” which was first produced in 2006.

While the past twelve months of Covid-19 has shuttered theaters, creative minds continue at work.  Remote Theater is one of those newly-minted organizations designed especially to solve the challenges of the absence of live theater in the time of pandemic.  One of their projects has been to work with Clarvoe to adapt a new rendition of the “The Art of Sacrifice,” converting the two-hander from the relationship of a father and son to that of a mother and daughter.  Fortunately, the organizers benefited from a considerable resource – two-thirds of perhaps the Bay Area’s finest theatrical family – two women with highly accomplished and diverse resumés – Susi Damilano and her stepdaughter Lauren English.

On the most obvious level, the play is about the proverbial “stage mother” who has failed to make it to the top but lives vicariously through her child, prodding the offspring to be everything the mother had hoped for herself.  And the daughter responded by becoming U.S. National Champion at age 17.  But is that really best enough?

The action takes place in real time on a rare visit of the daughter, Nora, to her divorced and isolated mother, Wilma.  But Nora’s mission of mercy out of concern that Wilma was losing it turns into a raw emotional journey of revelations and accusations that opens more wounds than it closes, exposing the clashing perspectives that two people can hold in a shared relationship.

Tension runs from beginning to end of this perceptive one-act play.  At the analytical level, the game of chess serves as a great analogy to human relationships.  Indeed, Wilma observes in a not-so-subtle declaration that modest chess players are condemned to a strategy of capturing as many pieces as possible, not realizing that sacrificing their own will often turn the direction of the game.

Both actors are well suited to their roles.  Damilano’s performance is show-stopping, totally belying the fact that this production is really a rehearsed reading.  She fumes and rages as the self-absorbed mother, always looking for blame-shifting explanations despite the fact that her obviously fractious personality has alienated many.

Like the play itself, English seemed slightly underpowered at the outset, but she compensates by giving a commanding performance as the conflicted daughter.  Though a chess master, she doesn’t share her mother’s death-grip zeal and has even thought of looking for a “money job.”  She reflects on a life that has focused only on winning and realizes the sacrifices she’s made to climb to the top – a classic study of the dilemma “what price glory?”

This production is captured with Zoom technology.  Director Desdemona Chiang has chosen to use conventional Zoom format with actors facing separate fixed cameras.  With this limitation, actors appear as talking heads delivering competing monologues.  This design yields the symbolic gesture of psychological distance and of characters not really communicating with each other.  They seem to be entreating the audience instead.  It may also act as a metaphor about the straitjacket rules that Wilma employed when teaching chess to Nora or the constraints of chess competitions or of the game itself.  But this visual device works at all only because of the winning performances.

Although laptop or ipad cameras may be difficult to control artistically, they can be moved to zoom, pan, and create two-shots as well as one-shots, relieving the static nature of the stand-and-deliver approach.  Wider shots would give perspective of the setting and reduce the claustrophobia.  It would be great to see this production with more conventional cinematography (or better yet, on the stage!).

Nonetheless, Clarvoe’s relationship insights and situations make for a highly enjoyable and stimulating entertainment.  One sequence that does go off the rails concerns the aftermath of food and ashes stuffed away in trophies by Nora 20 years before, which is really unnecessary.

It is hard to consider this play without two comparisons.  In “The Queen’s Gambit,” the protagonist learns chess from a maintenance man in an orphanage and is adopted several years later when a teen.  The personalities of the new mother and daughter are already well formed, and the new mother knows nothing about chess, but a new somewhat symbiotic, yet somewhat parasitic relationship built around chess springs from their becoming family.

Even more apt is the comparison with the playwright’s original realization of “The Art of Sacrifice.”  Knowing of the predecessor, I found it hard to watch the revision without thinking about alternate situations that might appear in the two versions, or how the same situations would be handled differently in each because of the change in gender.  There should be enough material that reveals the variances in the two treatments to make for an interesting shared bill of two one-act plays.  More daring, but perhaps an interesting experiment, would be to integrate the two plays into one, alternating scenes between the male dyad and the female dyad, where the mother and father are in effect one person with the same name and the daughter and son are another.  But I digress from my reviewing duties.  This version is well worth watching.

“The Art of Sacrifice” by Anthony Clarvoe is produced by Remote Theater and was performed live online through Zoom on March 6-7, 2021.  Its archive will stream on demand March 18-25.