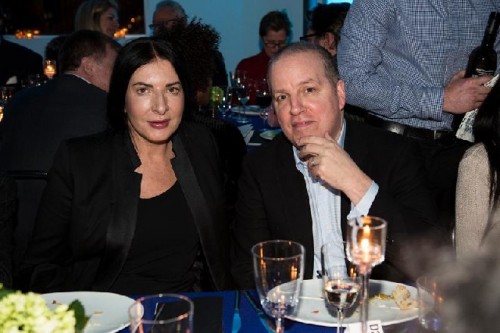 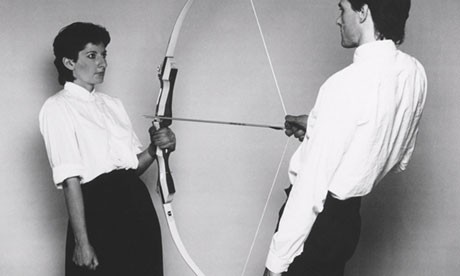 Marina gets the point in a piece with former partner Ulay. 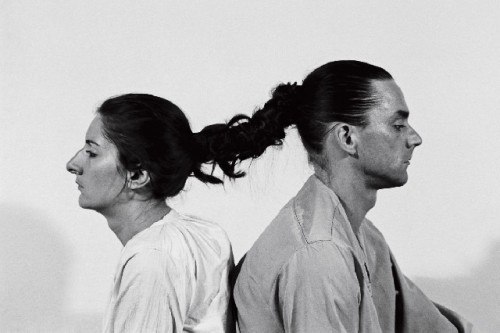 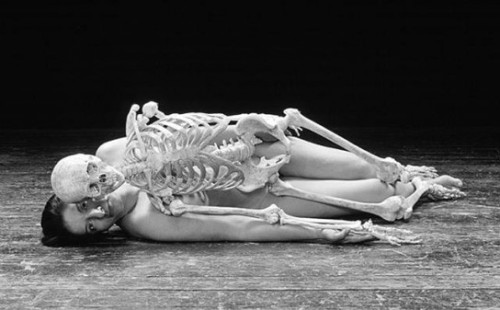 Death and the maiden. 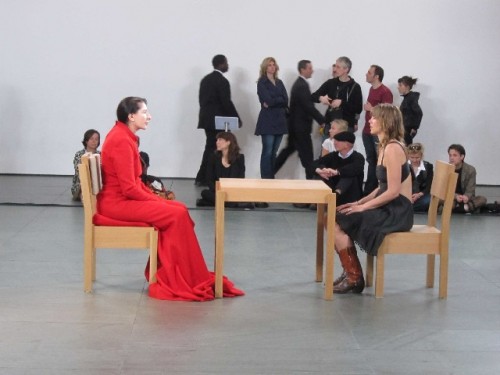 Staring down visitors during day long sittings in the atrium of MoMA.

The performance artist Marina Abramovic is known for extreme, punishing rituals. They entail endurance over long intervals that recall the actions of the post war German artist Joseph Beuys or those of Chris Burden. Her work, with recreations of a number of her classic pieces with living performers were presented in a retrospective at MoMA with additional performances staged at the Guggenheim Museum.

The artist is currently developing a museum for performance art in Hudson, New York which is an arts based community on the last stop of a commuter line to New York City.

What follows is the news release of Mana Contemporary which recently honored the artist.

Broadcast journalist Charlie Rose hosted the elegant evening, which was held to honor iconic performance artist Marina AbramoviÄ‡, whose seminal body of work is best known for pushing physical and mental boundaries. Rose interviewed AbramoviÄ‡ on stage before the crowd about her extraordinary career and her ambitious plans for the Marina AbramoviÄ‡ Institute for the Preservation of Performing Art, a non-profit organization in Hudson, NY.

Shai Baitel, Vice President of Strategy at Mana Contemporary, presented AbramoviÄ‡ with an unusual gift—a custom-made over-sized cabinet for her institute. AbramoviÄ‡ said the gift was her “real favorite” out of awards she had received lately, “because an artist needs something that is functional, and that is the most functional cabinet I ever saw.” AbramoviÄ‡ said of her recent visit to Mana Contemporary: “I saw the vision that is so similar to my own idea, to educate not just artists but also the public.”

The dinner was held in collaboration with RBC Wealth Management, and included a modern dance performance by Armitage Gone! Dance and music by pianist Dror Baitel and cellist Agnes Nagy. Each year, Mana Contemporary will hold the Collectors Dinner in early March to coincide with the Armory Show art fair. The annual event honors a prominent figure in the arts as selected by Mana’s leadership.