The Whale Brilliantly Spouts at SpeakEasy 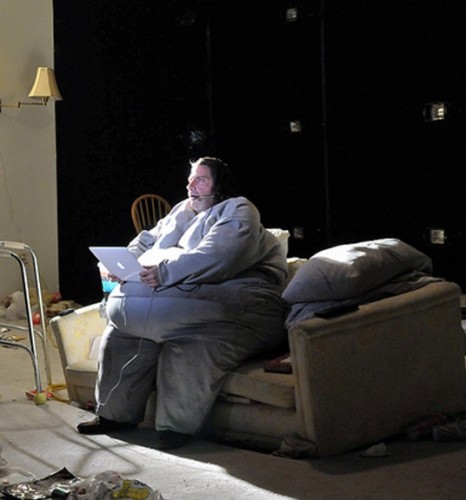 Charlie with his Laptop 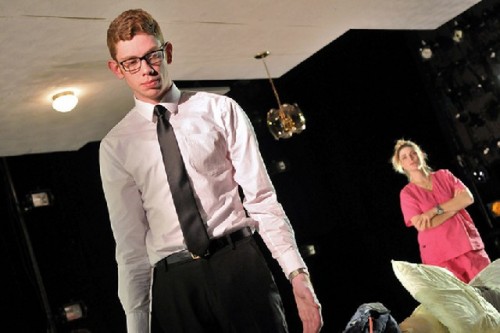 The Elder Thomas and Nurse Liz 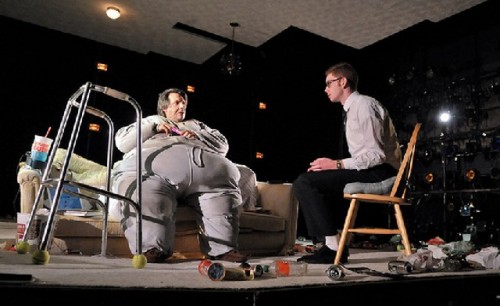 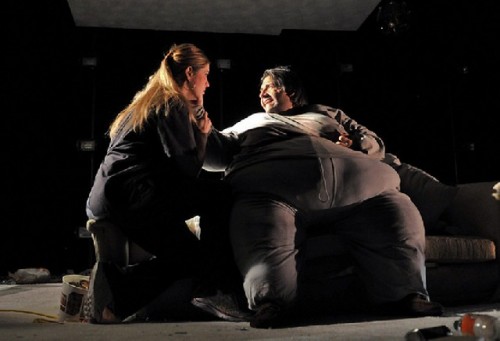 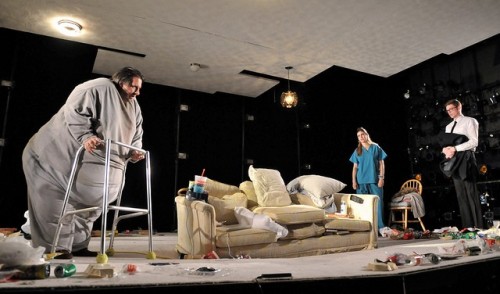 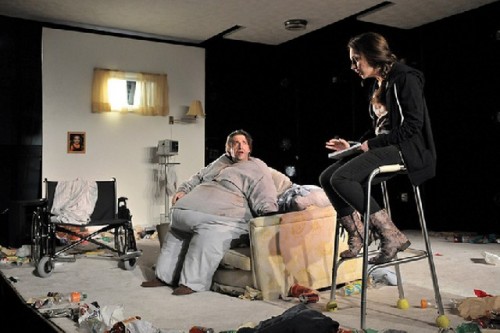 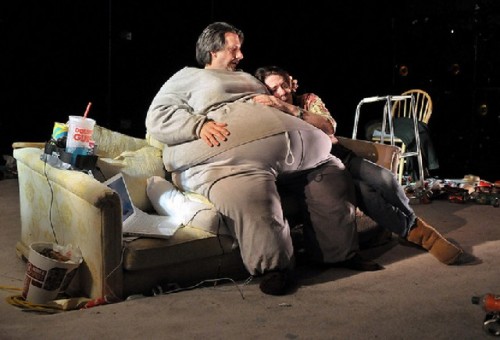 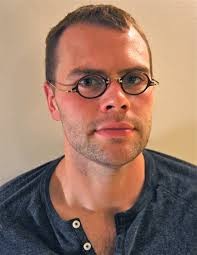 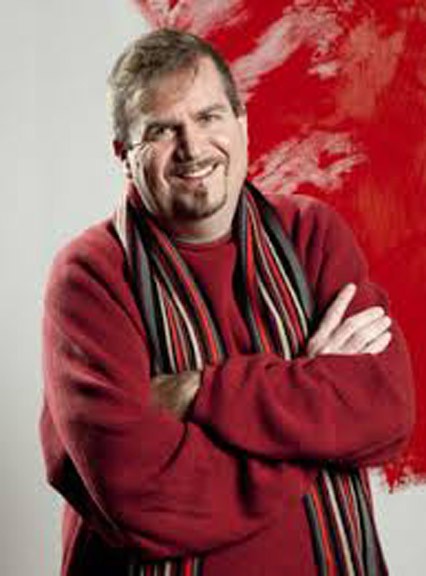 The design team includes Cristina Todesco (scenic), Gail Astrid Buckley (costumes), Jeff Adelberg (lighting), c and Megan F. Kinneen (props)
March 7 through April 5 in the Roberts Studio Theatre in the Stanford Calderwood Pavilion at the Boston Center for the Arts, 527 Tremont Street in
Boston’s South End
speakeasytheatre.org
Once harvested and now mostly cherished and protected, whales are elegant leviathans of the sea. With superb performances by each actor at the SpeakEasy Stage Company, Playwright Samuel D. Hunter's play, The Whale, is a strangely provocative story about a pathetic 600 pound man trapped in his body and life in monstrous ways.
The play opens with the protagonist, certainly not a hero, Charlie (played with empathy and eloquence by John Kuntz), a morbidly obese man dressed in gigantic sweat clothes sitting on a trash strewn couch in a garbage covered room. Charlie is so large that he is actually a major part of the environment, a strategic piece of the set.
He is looking at his laptop and speaking into a headphone. Charlie is an online writing instructor at a local college. His job is to teach reluctant students to express themselves and to refine insights about what they read and think. Being true is an important aspect to Charlie's thought process. But, this is something confused about Charlie himself.
Also, Charlie is dying, but refuses to get medical care. His only "friend" and attendant is a nurse neighbor Liz. She is full of contradictions: checking in on him healthwise but also badly overfeeds him and is an enabler of his condition. Played naturalistically by Georgia Lyman, she varies between cynical, very angry, chastising and profanely funny.
Charlie's story is about leaving his wife and daughter for one of his male students when his daughter was two. His lover Allen, a Mormon, is shunned by his family and church. He eventually gives up on life and literally starves himself to death. In grief, Charlie, who always had a bit of a weight problem and was socially awkward, eats himself to morbid obesity and becomes a reclusive couch potato. This lean and fat aspect is rather Biblical.
Charlie's great desire is to connect with his estranged daughter Ellie (played with great strength and realistic anger by Josephine Ellwood). He eventually "bribes" her to reconnect with him. There is a lot of anger in this narrative all around.
Sprinkled in are the visits of a tall, lanky Mormon missionary, Elder Thomas. He is played with wonderful late adolescent restraint by Ryan O'Connor. For some odd reason, Charlie wants to hear what he says. Elder Thomas's own story gets twisted around both Ellie's grass-toking and Nurse Liz's own rejected Mormon background.
Even though it probably shouldn't be, somehow, this peculiar story is upsetting and humorous at the same time. There is a tenuous metaphor that literally swims through the narrative: Moby Dick. There is an attempt at an interconnected web of allusions with Melville's white whale tale to the Biblical story of Jonah and the Whale.
The Jonah story makes some sense, but the connection between Herman Melville's great symbolic novel and this play doesn't quite work. This may be the fault of the playwright just not filling in the gaps of the story to make Melville's big fish story fit better.  The script lacks gravitas while everything else in the play is weighty. Or maybe, there needs to be just better or tighter script editing? However, one whale tale is not just like another.
Yet, with this somewhat satirical drama, The Whale speaks quite strongly in its own voice to life choices, family connections, self as well as social acceptance, medical insurance costs and the overall human condition.
This is a wonderful production of fine acting. All of the actors perform exceptional characterizations. Each one is distinctive, personally magnetic and realistically recognizable.
The direction by David R. Gammons is deft. From the painful hard to bear movements of Charlie, to the methodical Medical procedures of Liz to the the teenager's defiant dance of Ellie, each actor's motion and position underscored their emotions and dialogue.
The set is a mess, but this was done on purpose. Not only is the refuse and detritus strewn all over the stage to reflect Charlie's gluttony, but it is also symbolic of the waste of lives. Cristina Todesco should be congratulated for the garbage underfoot, across the stage and as part of the narrative. Gail Astrid Buckley's "fatsuit" for Charlie is rather remarkable as well. And David Remedios' sound adds a rhythm to the words.
The Whale is not a fun play to watch. At times, it is even painful. But it is a drama worth seeing about the human condition, its ugliness and a few of its better aspects. It may be one of the best acted plays of the season.
Back to Theatre Section Home