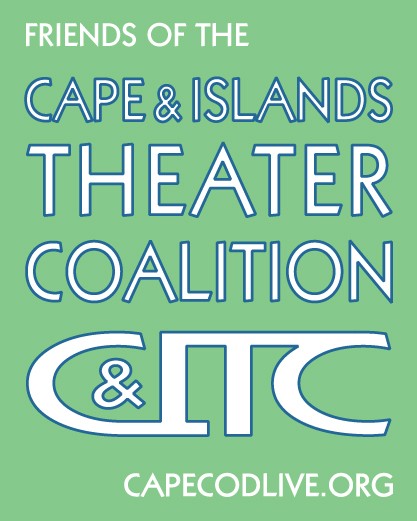 The Cape & Islands Theater Coalition announced today that it has created the new position of Executive Director and has appointed David B. Kaplan to fill that post.  The members of the Coalition took this step in recognition of the growth of the Coalition and its activities on behalf of the Cape and Islands live performance theaters, and in anticipation of greater collaboration and outreach by the organization.  The Coalition is composed of 24 member theaters and a Friends organization which helps raise awareness of our regions theaters and promote theatergoing.   Perhaps best known for its annual printed and online Theater Guide and Calendar, Coalition members work together to ensure the vitality of the performing arts on the Cape and Islands.

In announcing this new appointment, David Willard, VP & Community Relations Director of the Cape Cod Five, and the founder and Co-chair of the Theater Coalition remarked "The creation of this position is a historic milestone for us, and signifies the growing importance of the Coalition and the need for increased collaboration among all cultural organizations.   Mr. Willard further observed that the Theater Coalition is "extremely fortunate that Mr. Kaplan accepted the offer to be the Coalition's historic, first Executive Director. His long philanthropic support of and broad involvement with theaters and other Cape cultural organizations is a great asset for the almost 20-year old organization."

In accepting the position, Kaplan noted that "I'm proud to accept the position and I look forward to helping build this wonderful organization by supporting our member theaters and spreading the word about the critically important cultural, educational and economic benefits that theaters provide to our community".

Prior to becoming Executive Director, David Kaplan had held the volunteer position of Co-chair at the Coalition.  He is a member of the board of the Arts Foundation of Cape Cod, the Harwich-Dennis Rotary Club, President of the Jeremiah Kaplan Foundation, and serves on numerous Chamber of Commerce, civic and Town committees.  Kaplan  has also served on the boards of Eventide Arts Theater and the Cape Cod Museum of Art.  He will continue working as Leasing Manager at South Cape Village in Mashpee, and as a commercial real estate broker specializing in leasing representation for landlords and tenants.

The Cape & Islands Theater Coalition is a collaboration of live performance theaters from Woods Hole to Provincetown and the Islands.  Best known for its annual Theater Guide and Calendar which this year will distributed to over 85,000 households and visitors throughout the northeast, the Coalition also provides the latest theater performance calendars and news through its website, Facebook page, and Twitter feed.  The Coalition sponsors seminars, promotes the performing arts, and through the Friends of the Theater Coalition promotes awareness of its theaters, holds events such as its annual Season Highlights Celebration featuring showcase performances from member theaters, and special events such as its educational series: StageStruck: Behind the Scenes of Local Theater.  The Coalition is primarily funded through member dues and sustaining grants from the Cape Cod 5 Bank Foundation, along with assistance from the Arts Foundation of Cape Cod and other corporate and individual supporters and the fundraising efforts of the Friends group.

Founded in 1995 by five theaters and the support of the Cape Cod 5 Bank Foundation, the Coalition has grown to 24 theaters making it one of the largest collaborative theater groups in the country.  Members range from small community theaters to large venues featuring professional Actors Equity productions.  The Coalition recently launched its new website, capecodlive.org, as part of the Theater Coalition's on-going effort to encourage and promote cultural tourism among the more than 8 million annual visitors and 250,000 year-round residents of the Cape and Islands.