Homage to a Friend – Artist – and Mensch 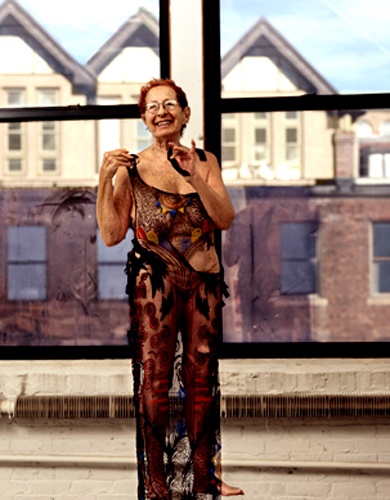 A portrait of Harriet in her 80s. 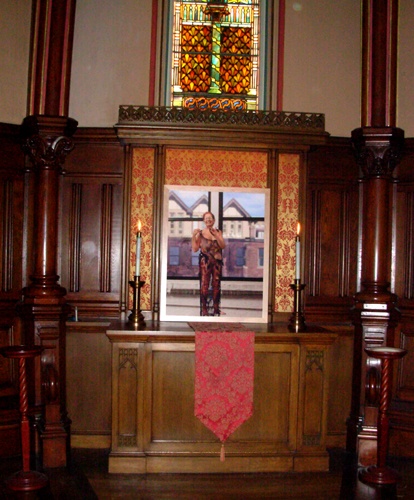 The portrait was displayed on the altar during services in her memory. 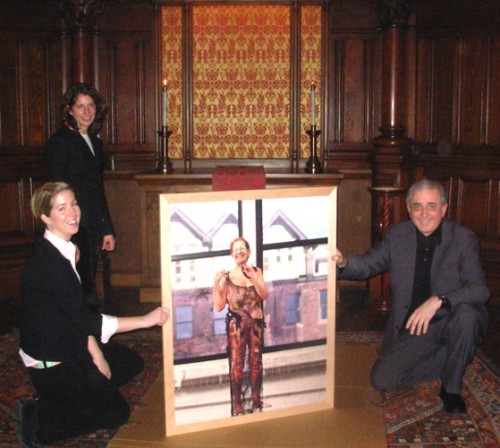 Team NAGA with the portrait of the artist. 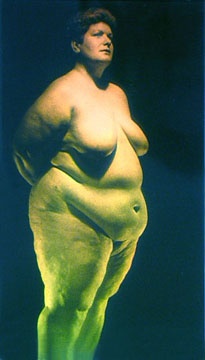 The Venus of Willendorf from 1991 is one of her best known images. 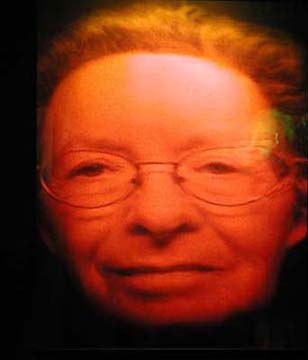 A recent self portrait hologram. Images of Casdin-Silver works courtesy of Gallery NAGA. 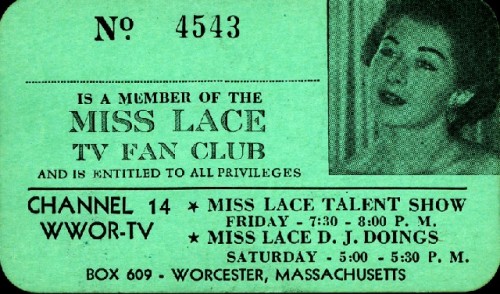 A fan club card from her days as a TV personality. 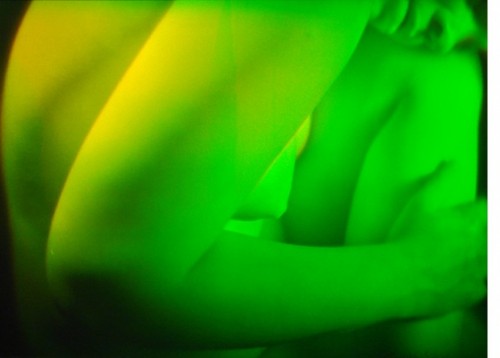 A hologram of Kathryn. 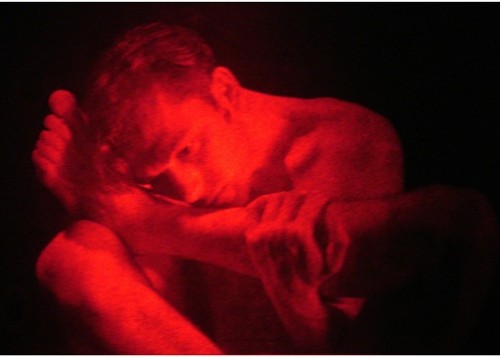 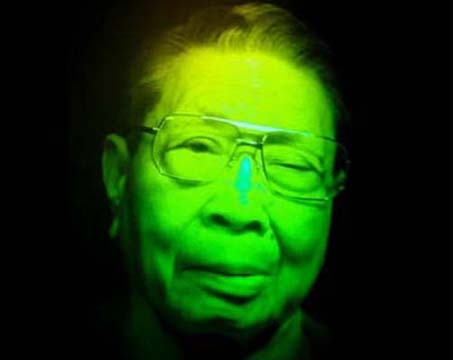 Henry Lee from the series on aging. 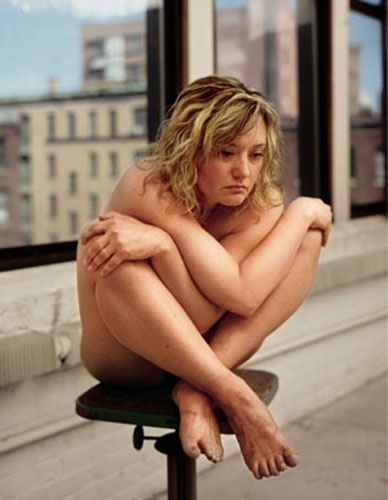 Harriet Casdin-Silver died on March 9, 2008, a month after her 83rd birthday, from complications of pneumonia, in Boston, Massachusetts. She had recently completed packing up her studio with much help from friends and family and half- jokingly exclaimed to me in a telephone conversation: "This move is going to kill me."  She had become a displaced artist from the Fort Point Channel area in Boston, having lost her studio to commercial expansion. She wanted to open another studio at a later time, she was a working artist, her life line.

Harriet and I met at the Center for Advanced Visual Studies, CAVS/MIT, in 1975, at "ARTTRANSITION," the first of many exhibitions, projects, and conferences we both worked on in different capacities. I had just become the administrator and she had been appointed a Research Fellow by then director, the artist Otto Piene.  We became friends, real friends, during the blizzard of 1978, when I invited her to stay with Olivia (my then eight year old daughter)  and me for as long as necessary, because Cambridge and the greater Boston area had become still after the storm, driving was prohibited and impossible.

Harriet was a pioneer in the field of holography. Previously she was a painter and installation artist. She started to experiment and make holograms as an Artist-in-Residence at American Optical Research Laboratory from 1968-73 in Framingham, MA. Her first holography exhibition, I believe, was at the Clarence Kennedy Gallery of the  Polaroid Corporation Gallery in 1972  titled "Aesthetic Holography." From then on she exhibited with CAVS/MIT, on her own, and in conjunction with other artists, galleries, and museums throughout the USA, Europe, Japan, and Brazil. Her most enduring theme of artistic expression was: Making visible, in its many different forms, beauty and pain of the human condition and body. She was a feminist, fighter, and as Arthur Dion, the director of 'her gallery,' Gallery NAGA, on Newbury Street, in Boston commented that "Harriet is the best artist I have ever worked with."

She worked in many holography laboratories around the world, where she was invited as a visiting artist, lecturer, or professor. In Kiev, London, Paris, Ghent, in Canada as well as the USA. At CAVS/ MIT and Brown University she had small holography studios and taught holography for some years.

Later in her career she also turned to digital photography. "Sarah," (2006) a nearly middle aged woman, crouched on a pedestal, her arms crossed, holding her legs, body and soul, nude, was one of her nearly life size photographs.

She captured life, emotions, and expressions raw and real. Harriet also championed, while getting older, a long life and memories in an exhibition that combined holograms and oral history conveyed in audio domes placed over individual images, "Celebration of Aging," in Boston, 2000 and the University of Rhode Island, 2001. She put her own aging body, tightly placed inside a holographic frame for all to see, in "Corpse with Tie," 1992, and many other self portraits. She celebrated the body, gloriously nude of all ages, shapes, and sizes. Harriet asked me repeatedly over the years to pose for her, but I did not do it. What a pity!

The De Cordova Museum installed Harriet's extensive retrospective exhibition, "The Art of Holography," in 1998, curated by Nick Capasso. She received honors and a Lifetime Achievement Award for Art in Holography in 1996 from the University of Nottingham, U.K. Casdin-Silver explored and pushed the medium throughout a long career to bring forward new artistic expressions via holography. She was tough. That was both good and trying at times. NAGA Gallery will celebrate Harriet Casdin-Silver's life and art with a self portrait exhibition this June as had been planned with her. There is also an exhibition scheduled in 2009, for which she had completed several new works.

Harriet had been wearing hearing aids for many years, and when it became really difficult to speak with her in person, or by telephone, she finally learned to use e-mail. On the occasion of the 30th anniversary of the blizzard of 1978, and her 83rd birthday, I e-mailed her the following poem.

The blizzard of '78 happened 30 years ago. We must have celebrated your birthday
on Prince Street in Cambridge Â– with Olivia and possibly Judy.
Do you remember?

And soon there will be another celebration Â– of your life and birthday Â– 30 years later.
Oh, we were so young ! Even I say that now.

And 30 celebrations in between: Ten years and more at CAVS/MIT Â–
with many exhibitions Â– in the US and Europe.

Your girls were married. Grandchildren being born - are growing up.
What joy and love for them Â– and their accomplishments.

There were heart aches, when life was difficult.
And loved ones died.  And so did Si.

You are still working with holography and photography.
You have in your life many people, in support of your projects.
You enjoy success and inner satisfaction Â– after many struggles.

You are now moving your studio, so that you can continue
to work and stay involved Â– and that is important.

I have moved away, begun a new phase of my life.
And, we are still friends,  who now have 30 years
of collective memories.

And we shall add to those years Â– and continue to make use
of our lives' harvest in our work.

So, Happy Birthday Â– once again Â– and many more !
With Love and Affection Â– and Peace in the World !  Astrid

She had plans to live and work for years to come, but it was not to be.