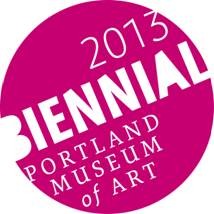 The subtitle Piece Work is derived from the exhibition’s thematic approach. According to Jessica May, “Throughout the art-making communities in Maine, and the contemporary art world in the United States, we are in a particularly rich moment for art that evokes process, time-intensive labor, as well as the translation of media from one form to another.” The 2013 PMA Biennial will seek to expand on this insight by presenting a broad range of perspectives—including, for several artists, a direct engagement with the notion of time and human experience. Piece Work is meant to evoke the traditional labor-based notion of artisans and factory workers who are paid “by the piece,” but also to conjure the image in visitors’ minds of “one thing after another,” a seemingly endless repetition of making, passing, and making again.

The 2013 PMA Biennial is following a slightly different process than in the past because the selection process was conducted internally, rather than by a panel of independent jurors. The goal of the exhibition is to explore one very strong, deep thread of contemporary practice that has relevance both regionally and nationally. Many of the artists in the 2013 PMA Biennial live in Maine for all or part of the year, but for others, the state has been an important part of their biography or artistic practice.

The 2013 Portland Museum of Art Biennial: Piece Work will be accompanied by a solo exhibition in the PMA’s Circa series, Amy Stacey Curtis: 9 walks. For this exhibition, the museum will show three existing video works from Curtis’s oeuvre along with six new works, all using the theme of a walk near the artist’s home.