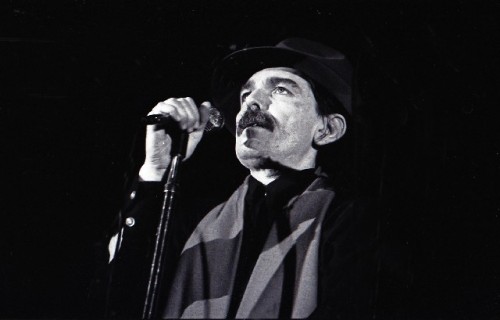 In Boston for a rare performance. 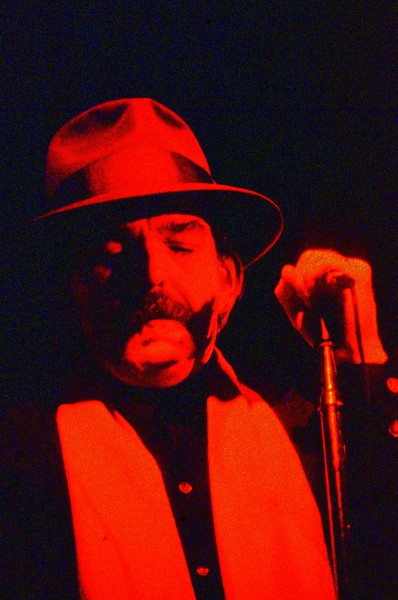 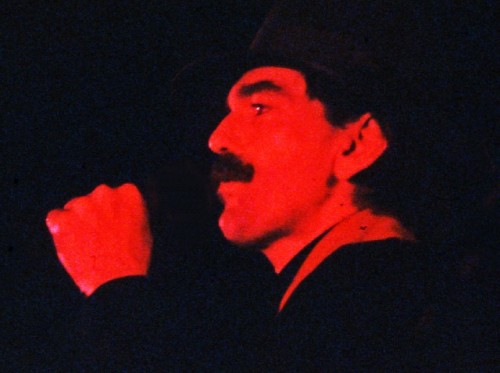 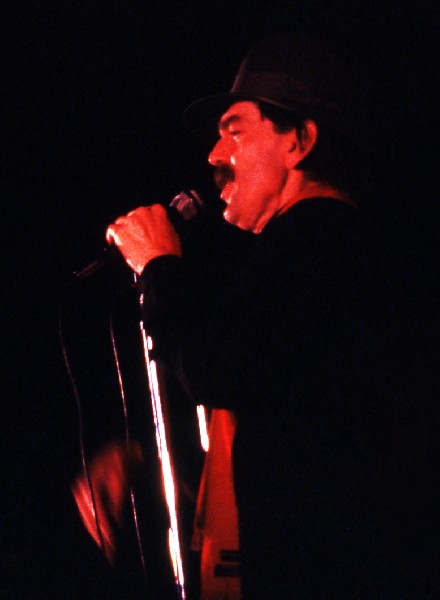 He was very conscious of his stage presence. 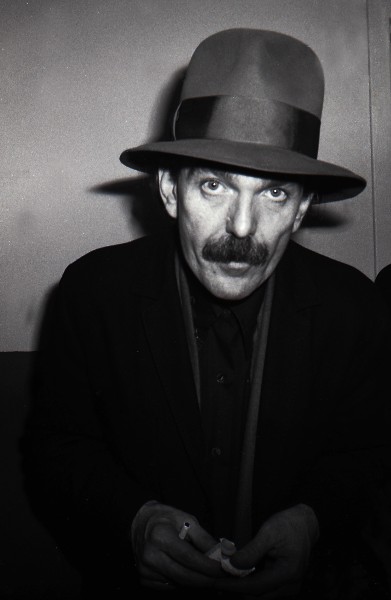 One on one he had a commanding presence. 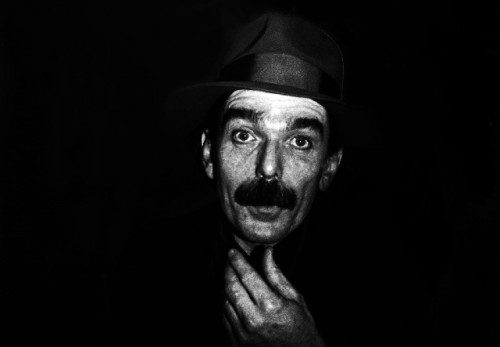 He could be intense and poignant. 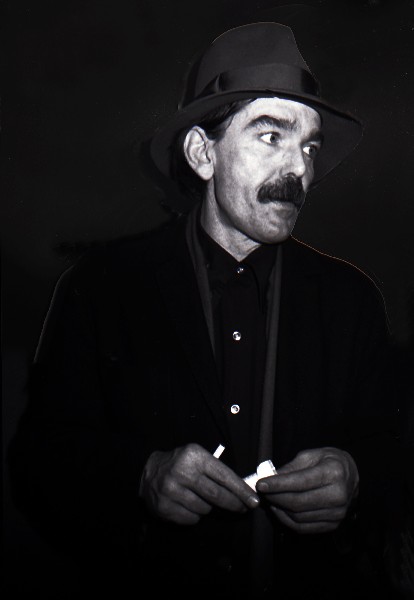 He spoke compellingly of his passion for music and art. 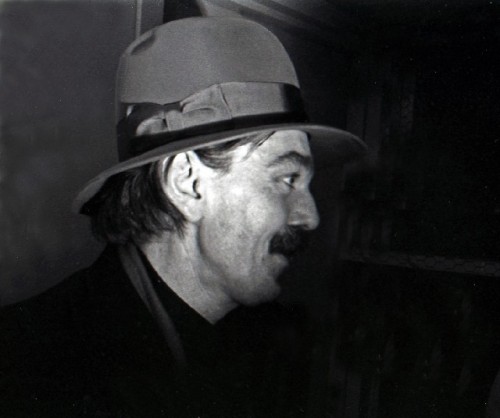 He retired from music to pursue a career as an artist. 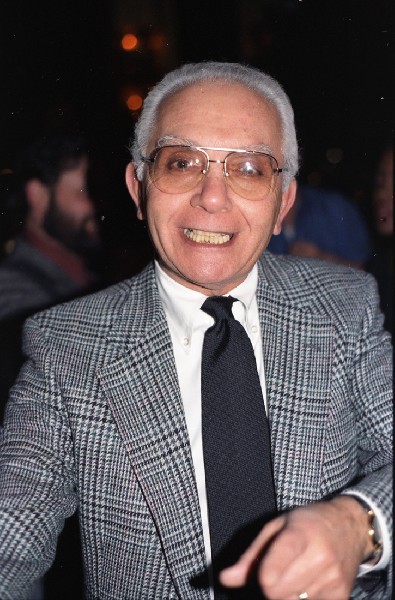 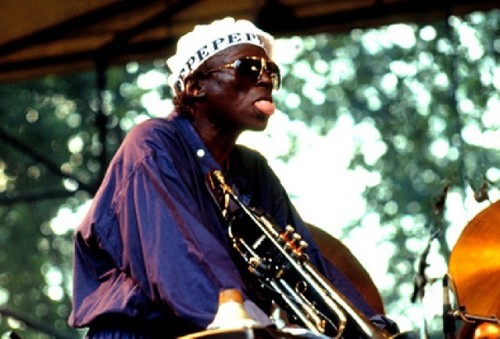 During our first encounter Miles combed his hair and looked at me as a reflection in the mirror. 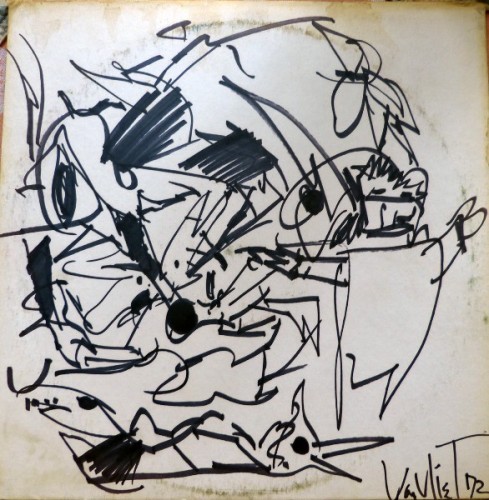 In the back of the limo Don hand illustrated a test pressing. 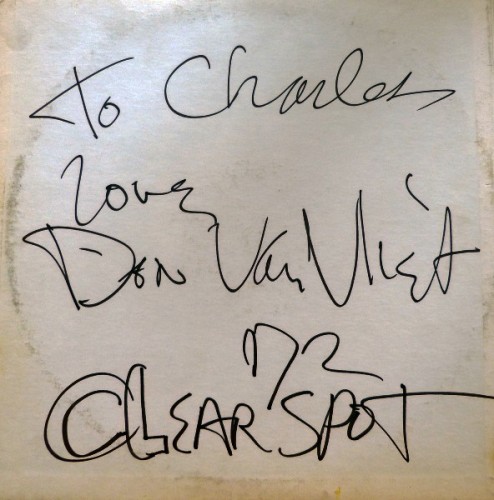 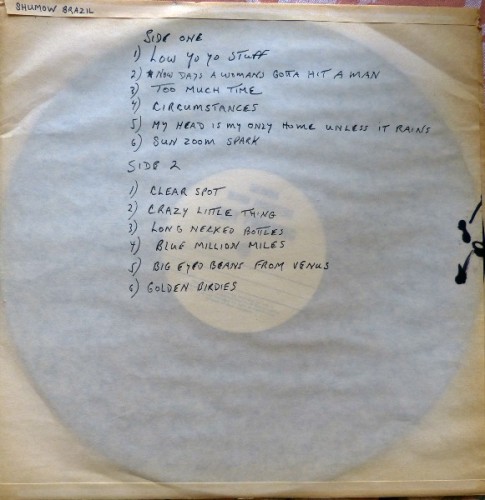 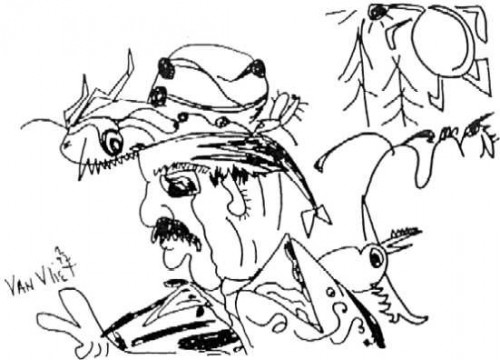 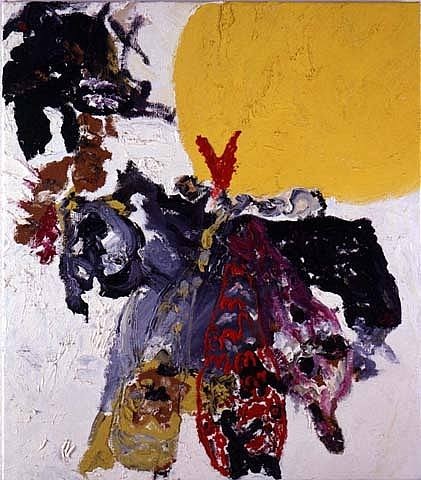 A painting by Don van Vliet. 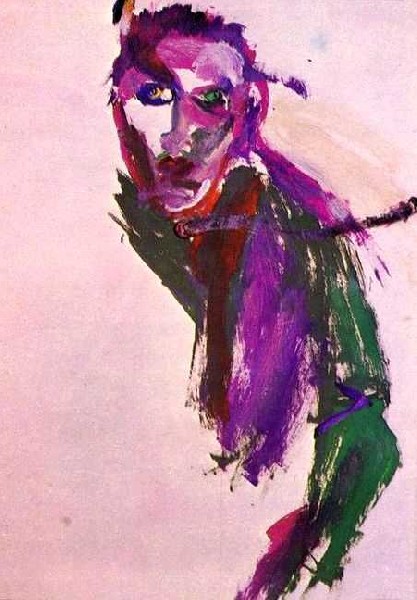 He had an expressionist style. 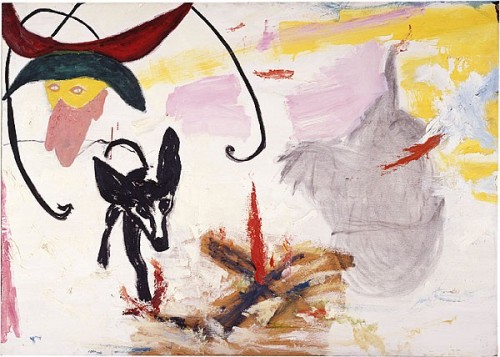 His work was well received in the art world.

Captain Beefheart (born Don Glen Vliet; January 15, 1941 – December 17, 2010) was a genius and eccentric, largely an autodidact, who navigated the complex edge between rock and roll and avant-garde music. He is best known for the double album masterpiece Trout Mask Replica.

There was a complex love/ hate relationship and competition with Frank Zappa who enjoyed greater critical and commercial success. He was also close to and emulated the free jazz improvisations of Ornette Coleman.

To play his complex music Beefheart trained the musicians in the band. He could be harsh and autocratic. When money was tight he didn’t pay them. He considered it an honor and privilege to perform his cutting edge music with its unique riffs and choppy rhythmic patterns. The band quit and he recruited and trained a new group sometimes borrowing from Zappa’s bands.

Mostly the albums didn’t sell well and he bounced around record labels. When we met Warner Brothers was promoting Spotlight Kid. Mostly it was a tough sell.

Through promo man Roger Lifeset we were connected for dinner at the Half Shell on Boston’s Boylston Street. Beefheart, I knew him more intimately as Don, in a booming baritone he said “Roger I want a lobster.”

It was one of the biggest suckers I have ever seen in a restaurant. Must have been at least three pounds.

That led to a two part Sunday feature series in the Herald Traveler. It was an intriguing story.

Once he had his claws in me like that jumbo crustacean, however, Beefheart wouldn’t let go. I became his personal Boswell and publicist. Including riding around in a limo in New York with his beautiful and charming wife Jan.

It took some convincing to get permission to marry from her father. He liked to tell me that he promised to be straight and treat her with respect. Which meant no drugs or any of the harsher aspects of a rock ‘n’ roll life. In a very curious way he was socially conservative and totally dedicated to his music and later fine arts.

He personally inscribed a blank jacketed test pressing with unique cover art. That happened in the back of the limo and the album, which is pristine, is among my treasured possessions. From time to time on the road he would call or send a post card. There was also a loyal fan, Fred Delio, who kept me updated.

Eventually he dropped out of rock and reconfigured as a visual artist showing under his birth name. The expressionist paintings were well received but by then he had largely withdrawn and was no longer the Spotlight Kid. I considered tracking him down and talking about his remarkable paintings but by then the trail was cold and he was off the radar.

I have always regarded musicians and artists as the primary source for a critic. Looking back I learned a lot from him. It was fascinating to talk with Roger about that unique relationship.

Charles Giuliano You introduced me to Captain Beeheart.

CG He died a couple of years ago after a long illness with MS. I was your ace in the hole for odd shot promotions. Whenever you had something way out and off the edge I got the call.

RL I was never wrong. You represented that fringe area. Like when the Doobie Brothers came to town.

CG I hated the Doobie Brothers. (“Listen to the Music” “Jesus is Allright”)

RL Of course you did. (Roger not only promoted them but was a huge fan.)

CG I thought they sucked. I think I saw them on a bill with Mott the Hoople. (“All the Young Dudes” was written for them by David Bowie.) That was a really hideous gig.

You called me about Beefheart and we had dinner at the Lobster Claw. We watched him eat that huge lobster.

Once he met me he wouldn’t let go. He was dragging me down to NY to run around with him. I thought this is cool driving around in a limo. But we just went to the tailor and spent the afternoon while he was fitted for stage outfits. The tailor was referred to him by Ornette.

He kept asking my opinion. He wanted to wear something dramatic to please his fans. Overall he was very conscious of image and persona. Later at the Berklee Performance Center he came out in a cape holding a hatchet. The music was so far out that I don’t think the costumes made much of a difference. But he was equally intense about all aspects of his career. He demanded my total critical attention and feedback. No matter what the subject. His wife Jan seemed to be endlessly patient and just listened.

From Ornette he picked up free jazz clarinet. Usually to open the gig he would just wail to set the mood. Mostly he got a pretty good sound but it was entirely freestyle with none of Ornette’s discipline. But it just amazed me that he could play so intuitively.

RL The whole Magic Band was learning how to play.

CG He asked me to go on the road with him when I mentioned that I improvised on piano. Imagine my life if I had taken him up on it.

RL That’s a match made in heaven. The attraction was that Beefheart was an artist. As were you. You have maybe more in common artistically than you would have musically.

CG That’s absolutely accurate. I remember that you had a favorite Beefheart song from Trout Mask Replica. You used to sing it to me.

RL I know the one you mean “Dachau Blues Them Poor Jews.” (singing)

CG That’s the one. Isn’t it amazing that we still remember. In a lot of ways Beefheart truly was an artist.

Then as you mention I wrote that two part Sunday feature in the Herald. They didn’t know what they had in me. It was all a fluke. I was never interested in covering mainstream commercial rock and roll.

When Miles Davis came out with Bitches Brew which totally changed fusion jazz (initiated by guitarist Larry Coryell) I did a five part Sunday series on Miles. The record companies sent me all his albums and for weeks I went home each night and listened to them. Finally Sal Ingeme of Columbia hooked me up with Miles at Lennies on the Turnpike. During the interview in the dressing room he looked at me as a reflection in the mirror as he combed his hair. After that I would hang with Miles when he came for gigs at the Jazz Workshop. Of course Sal who knew Miles well, and talked boxing with him, was thrilled with our coverage.

So I guess the promo guys liked that. You always used to say “You’re an easy promote.”

CG I knew what you meant. You were a con artist and hustler.

RL On my level. Would I say that to Ben Gerson (Boston Phoenix critic who quit covering rock to attend law school.)

CG I don’t think so.

CG It was a colorful era and we were a part of it.