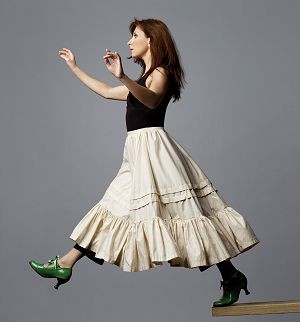 In "La Sonnambula" the sleepingwalking of Amina (Natalie Dessay) lands her in the bed of Count Rodolfo. Phots courtesy of the Metropolitan Opera. 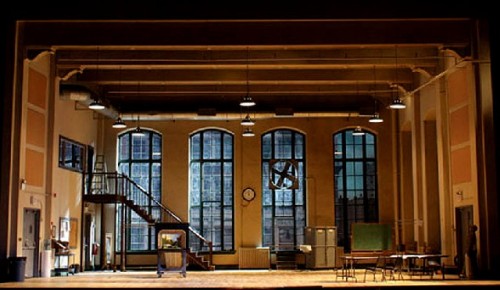 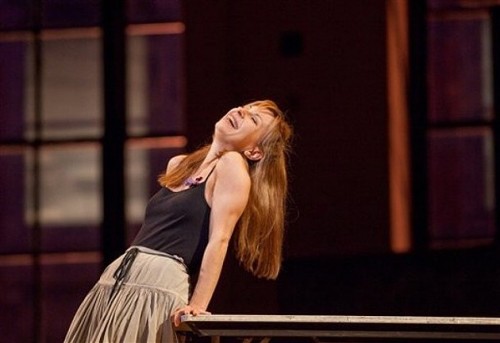 Amina is engaged to Elvino. 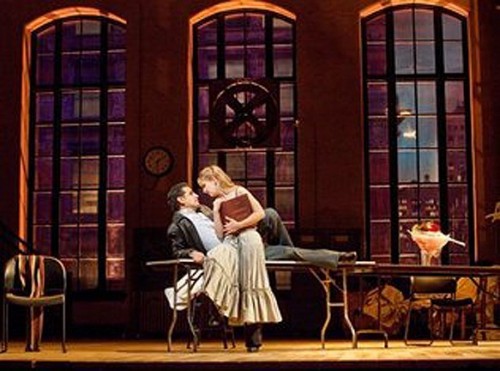 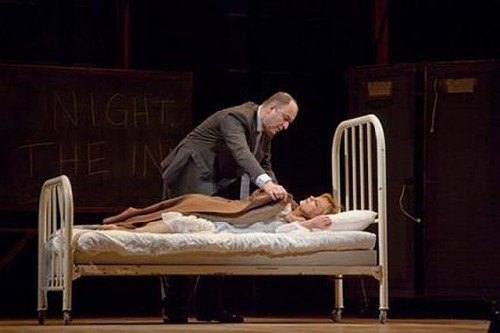 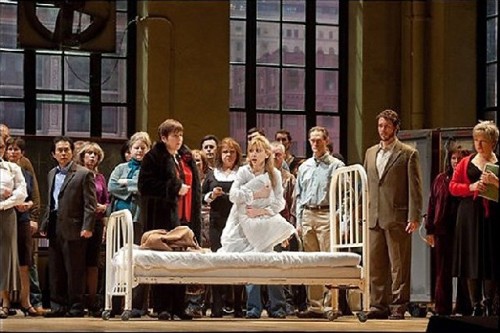 The villagers find Amina on the morning of her wedding in the bed of Count Rodolfo.

The Bel Canto era of opera, literally the style of "beautiful singing" prevailed from approximately 1805 to 1830. Its most prominent composers were Gioachino Antonio Rossini ((1792-1868), Vincenzo Bellini (1801-1835) and Gaetano Donizetti (1797-1848). The light, lyrical and improvisational approach of Bel Canto was eclipsed by a weightier and more speech-inflected style exemplified by the German composer, Richard Wagner (1813-1883).

Wagner ridiculed  Bel Canto by stating that it was primarily concerned "whether that G or A will come out roundly."  But Wagner proved to be not the first or last severe critic of  Bel Canto. Because of its sweetness and light, melodic, legato approach it has long been assigned a lesser position in the pantheon of great opera. In the 1950s there was a Bel Canto Revival led by the legendary singers Maria Callas, Joan Sutherland, and Beverly Sills.

A daring, avant-garde, deconstruction of an opera had its 68th performance at the Metropolitan Opera last week, in an arresting and engaging new production of "La Sonnambula" by Bellini, directed by Mary Zimmerman. The very 21st century staging has been met with a firestorm of outrage by some critics and many traditionalists.

A review by Mike Silverman of AP was posted in many of the nation's newspapers under the withering headline "Met Opera makes a travesty of La Sonnambula." He wrote that "Director Mary Zimmerman has taken this fragile pastoral fantasy-set to some of the most gorgeous melodies ever written- and imposed a play-within-a-play framework that makes a joke of the story and robs it of its sentimental charm."

Guess he didn't like it. While there were indeed challenging aspects of unraveling the Pirandello-like, multi layering of the play-within-a play format, for the most part, we found the singing to be utterly rapturous and overall the "opera semiseria" to be charming and enchanting. There were press reports of boos on opening night but we encountered nothing but thunderous applause during a mid week performance following the debut on Monday. We witnessed pervasive appreciation for the inventive singing, improvisation and perfectly nuanced timbre of  tenor, Juan Diego Florez as Elvino who breaks off an engagement to Natalie Dessay as Amina in the mistaken belief that she has been unfaithful to him the night before their wedding.

While this bold new production, the first restaging at the Met since 1972, has been met with harsh critical responses this was not apparent in its warm and enthralled audience reception. National audiences will get to decide for themselves when a Saturday matinee will be broadcast live in HD in movie theatres on March 21. In the Berkshires "La Sonnambula" will be screened at the Mahaiwe Performing Arts Center in Great Barrington.

During his short life and brilliant career Vincenzo Bellini was a genius and prodigy. By the age of five he was described as a competent pianist. He composed his first opera "Adelson e Salvini" in three acts, in 1825, at the age of 24. By the time of his death, the result of acute inflammation of the intestine at the age of 34, he had composed eleven operas. Technically, ten, as one "Bianca e Fernando" was a revision of "Bianca e Gernando." The opera "La Sonnambula," one of his most successful, was the eighth, with a premiere in Milan at the Teatro Carcano on March 6, 1831.

With its demands for fast scales and cadenzas known as coloratura the soprano role of Amina is regarded as one of the most difficult in all of opera. In this production Natalie Dessay rose to and excelled all expectations. Particularly in the second act there was wild applause when she pulled out all the stops on the trills, swoops and swirls of the upper register. There was a similar response at the beginning of the second act when Florez (Elvino) in a fit of rage rips the engagement ring, an heirloom from his mother, from the finger of Amina. The crowd went wild.

It also helped the romantic aspects of the plot that the lead couple,  Dessay and Florez, were youthful, fit, and physically attractive. They both looked and sounded quite wonderfully convincing as lovers.

I for one applaud the Met for its daring and very contemporary staging. This approach of  post modern, deconstruction is the norm for the best theatre companies. So the conservative and harsh response of critics and some fans is surprising and disappointing. The Met has every right, if not a mandate, to put a fresh spin on the old chestnuts. Part of this strategy is to update productions and appeal to a younger and ever changing audience. This production was not your father's opera.

Compared to the norm of elaborate sets and gorgeous costumes at the Met this was indeed a stark production. Instead of the bucolic, quaint, Swiss village of the Bellini original this version is staged in what appears to be a high vaulted industrial or warehouse space. In this setting the ensemble of "villagers" and actors are assembled to "rehearse" an opera "La Sonnambula" starring two young people who just happen to be named Amina and Elvino, just like the characters they portray.

Are you getting confused? Well, frankly, so were we. It was often difficult to keep an edge between the "rehearsal" and what was "real." This was of course, all a play, which yet again proved to be a layer removed from the "truth." There were three layers at work simultaneously, a rehearsal, the actual play, and our reality check of the whole as well as its parts. One, two, three elements to follow. You had to keep this all in line based on props, clues and gestures. For example, when the actresses arrived in the rehearsal space, they put on wrap around, gauze skirts to convey their roles in the "drama." When they took them off, well, that was reality. Or reality within the fantasy. Are you with me so far?

At the end of the first act the actors/ villagers are outraged by the alleged infidelity of Amina. She has been discovered, with no apparent explanation (Amina is a sleepwalker) in the bed of the stranger. The "villagers" have assembled to "rehearse" the celebration of her wedding. Instead the first act ends with them trashing the "rehearsal" hall with torn pieces of paper cascading about. This was indeed far from a traditional ending of the first act. We anticipated a lot of work by the stage hands between curtains. But, actually, Zimmerman rather cleverly has the cast "clean up" the littered stage at the beginning of the second act.

In another gonzo legerdemain between fantasy and reality, at the end of the second act, and the joyous reunion when it is revealed that there was a bit of sleepwalking  and Amina did not actually hook up with the newly arrived Count Rodolfo, the villagers appear for the finale in absurdly ethnic Swiss costumes. Good grief. Yes, it was a stretch but all in good fun.

In addition to Dessay and Florez there were superb supporting performances by Lisa (Jennifer Black) the rival of Amina, Alessio (Jeremy Galyon) who woos Lisa with little success, and the mysterious stranger, Count Rodolfo (Michele Pertusi).

By the end of this tantalizing and evocative production we came away with a better understanding of the term "semiseria." Another way of defining that tween and twixt notion would be "truth or dare." For all of the apparent conundrums it is gratifying to note that the Met is willing to take chances by updating and dusting off a sleeper.