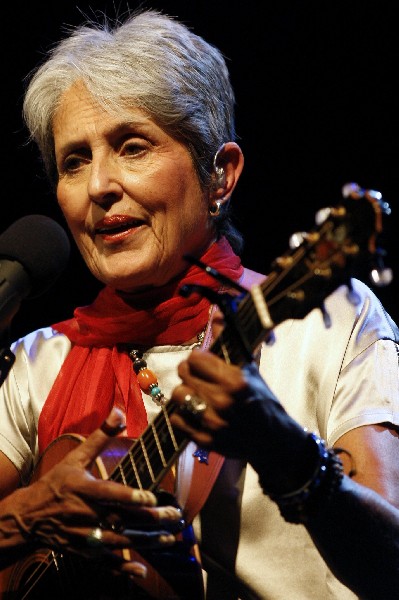 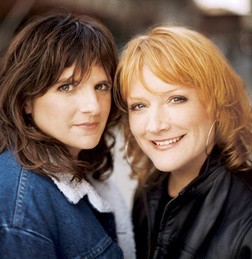 The Indigo Girls will open for Baez. 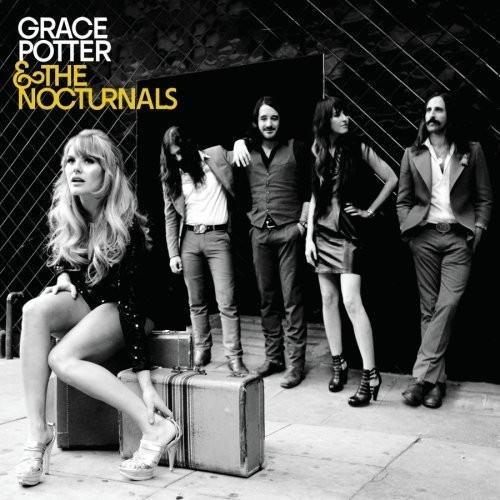 Grace Potter and the Nocturnals on August 19. 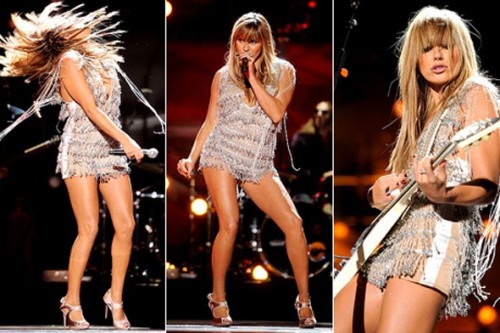 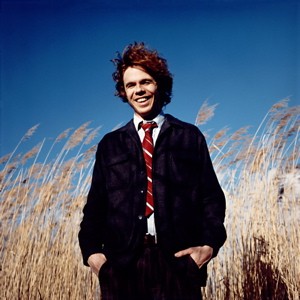 Josh Ritter will open for Potter.

American folk singer Joan Baez, and folk rock duo the Indigo Girls, have been added to the 2013 Tanglewood line-up, with a special concert in the Shed on Sunday, June 23, 2013, at 2:30 p.m. Joan Baez and the Indigo Girls last performed at Tanglewood on August 30, 1990. Also performing this year will be Barenaked Ladies, Ben Folds Five and Guster with support from Boothby Graffoe as part of their 30 city “Last Summer on Earth Tour” on Tuesday, July 23, 2013, at 7 p.m.

On Monday, August 19, 2013, at 7 p.m. Grace Potter and the Nocturnals along with Josh Ritter will bring their distinctive vocal styles to the Shed.

These concerts are in addition to the previously announced popular artist concerts, which include, Melissa Etheridge with special guest Eric Hutchinson (6/21), Jerry Garcia Symphonic Celebration featuring Warren Haynes with the Boston Pops under the direction of Keith Lockhart (6/22), Jackson Browne with special guest Sara Watkins (7/4), Esperanza Spalding (8/4), and the Steve Miller Band (7/29).

Tickets for Joan Baez and Indigo Girls on June 23 range from $23.50 to $69.50. Tickets for Barenaked Ladies, Ben Folds Five and Guster with support from Boothby Graffoe on July 23 range from $27.50 to $79.50. As an added bonus, those who purchase tickets for this concert will receive a voucher for a download of the Barenaked Ladies’ much anticipated new album to be released June 4 on Vanguard Records, featuring the single “Boomerang”. Tickets for Grace Potter and the Nocturnals and Josh Ritter on August 19 range from $23.50 to $52.50. All tickets go on sale at on Monday, March 25, at www.tanglewood.org , by calling 888-266-1200, or at the Symphony Hall box office in Boston, MA. All ticket prices include a $2 Tanglewood grounds maintenance fee.

MORE ON JOAN BAEZ
Joan Baez celebrated joyful landmarks in 2009, marking the 50th anniversary of her legendary residency at the famed Club 47 in Cambridge, and her subsequent debut at the 1959 Newport Folk Festival. She remains a musical force of nature whose influence is incalculable – marching on the front line of the civil rights movement with Martin Luther King, inspiring Vaclav Havel in his fight for a Czech Republic, singing on the first Amnesty International tour and more recently, standing alongside Nelson Mandela when the world celebrated his 90th birthday in London’s Hyde Park.

She shined a spotlight on the Free Speech Movement, took to the fields with Cesar Chavez, organized resistance to the Vietnam War, then forty years later saluted the Dixie Chicks for their courage to protest the Iraq war. Her earliest recordings fed a host of traditional ballads into the rock vernacular, before she unselfconsciously introduced Bob Dylan to the world in 1963. Amongst the many honors bestowed upon her, she has most recently been the recipient of the Lifetime Achievement Award, the greatest honor that the Recording Academy can bestow (2007). Day After Tomorrow, her 2008 studio album was praised by critics and nominated for a Grammy.

MORE ON INDIGO GIRLS
Decades into their career, the Indigo Girls still amaze conventional pundits with their ability to grow and thrive no matter what the state of the music industry, at any given point. Saliers and Ray began performing together in high school, transferred their honest, urgent performing style onto the stages of countless small clubs, then saw their public profile take off with the 1989 release of their self-titled breakthrough (an album that included the first hit, Closer To Fine, and went on to win Best Contemporary Folk Recording at the 1990 Grammy’s).

On their fourteenth studio album, Grammy-winning folk-rock duo, Indigo Girls deliver a beautifully crafted batch of songs that revel in spirited simplicity. Alternating richly textured storytelling with moody ruminations on modern-world worries, Beauty Queen Sister (IG Recordings) reveals a fierce longing for a more idyllic existence while still celebrating the extraordinary in everyday living. Thanks to its graceful mix of openhearted songwriting and lush, intricate arrangements – not to mention powerful performances by the band and their brigade of guest musicians – Beauty Queen Sister ultimately allows the listener to slip into the sort of dreamy serenity that Amy Ray and Emily Sailers sing of striving for throughout the record.

For Ray and Sailers, Beauty Queen Sister – like each new musical endeavor they embark on – offers a fresh opportunity for exploration and discovery. ”We really work hard to not lean on any tried-and-true path in making our albums,” says Ray. “So when it comes to writing new songs and working with different musicians, every record feels like a completely different adventure for us.”

MORE ON BARENAKED LADIES
It’ll be a busy summer for the Barenaked Ladies (guitarist/vocalist Ed Robertson, bassist/vocalist Jim Creeggan, keyboardist/vocalist Kevin Hearn and drummer/vocalist Tyler Stewart), who are celebrating their 25th anniversary with the release of a brand-new studio album (their twelfth, for those keeping count) and their first for new label Vanguard Records. The band is putting the finishing touches on the album, which was recorded in Toronto with producers Gavin Brown (The Tragically Hip, Metric), Howie Beck (Feist, Josh Rouse) and Mark Endert (Maroon 5, Train). Over the course of the past twenty-three years, Barenaked Ladies have amassed an international fanbase whose members number in the millions. Their plethora of career highlights includes eight Juno Awards and multiple Grammy nominations, more than 14 million albums sold worldwide and a series of hit singles, including No. 1 hit “One Week”, as well as “Pinch Me, “Brian Wilson,” “If I Had $1,000,000” and many more, along with the theme song for the hit CBS television series, “The Big Bang Theory.” For more information about the “Last Summer On Earth” tour, visit www.lastsummeronearth.com

MORE ON BEN FOLDS FIVE
Ben Folds Five is touring in support of The Sound of The Life Of The Mind, the group’s first album of new music in 13 years. The groundbreaking pop trio of pianist Ben Folds, bassist Robert Sledge and drummer Darren Jessee launched in Chapel Hill, North Carolina in ’94 and released debut album Whatever And Ever Amen in ’97. A slice of pure pop perfection, the album introduced the ballad “Brick”, which broke the band commercially and sold more than two million copies worldwide. BF5 recorded its last album, ‘99’s The Unauthorized Biography of Reinhold Messner, which included the single “Army,” before disbanding in 2000. (The trio reunited for a one-off live performance of The Unauthorized Biography of Reinhold Messner on MySpace in 2008). In 2011, the original three members of Ben Folds Five came together to record three new studio tracks for The Best Imitation of Myself: A Retrospective, a career-spanning anthology. The band’s magic rekindled in the new tracks, BF5 gave its first concert in more than a decade to a spellbound audience at New York’s Mountain Jam Festival on June 2, 2012. That inspired a short run of key US summer festival dates, including Bonnaroo, Milwaukee Summerfest, and Old St. Patrick’s Church Block Party in Chicago which set up a massive comeback tour with dates in the US, UK, Australia, and Japan. For more information about the “Last Summer On Earth” tour, visit www.lastsummeronearth.com

MORE ON GUSTER
Guster recently self-released Guster: Live Acoustic, a collection of live recordings from their 2012 acoustic tour. It’s been eight years since Guster released a proper live album - 2004’s Guster On Ice – and two years since their last studio album, Easy Wonderful.  The sixteen tracks from Live Acoustic are a musical tribute to the varied faces and places that made last year’s travels one of the most remarkable in Guster’s impressive career. Guster began in a dorm room at Tufts University and has released six studio albums in the last two decades – Parachute (1993), Goldfly (1998), Lost and Gone Forever (1999), Keep It Together (2003), Ganging Up On The Sun (2006) and Easy Wonderful (2010).  Known to open up for themselves in disguise as psychedelic rockers “Trippin’ Balls” and as Christian Southern Rock outfit “The Peace Soldiers,” Guster has also shared the stage with the Boston Pops Symphony Orchestra and the Colorado Symphony in recent years.  Singer Ryan Miller has branched out into scoring films – including 2012’s beloved Sundance standout Safety Not Guaranteed.  Bandmate Adam Gardner has started his own non-profit called “Reverb,” which works with bands, artists, and venues to reduce the music industries environmental footprint. For more information about the “Last Summer On Earth” tour, visit www.lastsummeronearth.com

MORE ON GRACE POTTER AND THE NOCTURNALS
Grace Potter, lead singer of powerhouse rock quintet Grace Potter and the Nocturnals, has been on a steady rise since her band formed in 2002 while students at St. Lawrence University in upstate New York. Long praised as one of the best live acts in music today, Potter made headlines in late 2010 after being a featured performer alongside Katy Perry, Nicki Minaj and Sugarland on VH1’s “Divas Salute The Troops”. Continuing on the upward trajectory, Potter stepped out of her comfort zone in a big way in 2011 when she was asked to duet with country superstar Kenny Chesney on “You and Tequila” from his last album “Hemingway’s Whiskey.” That duet went platinum and garnered the Vermont rocker numerous country award nominations.

Potter who has been called, “…one of the rock world’s reigning elite female vocalists…” and her band have cultivated a growing following with a steady stream of releases (four studio albums to date), incessant touring, and late night TV appearances. They’ve opened for Dave Matthews Band and The Avett Brothers, played numerous festivals, including Bonnaroo, Lollapalooza, Coachella, and Farm Aid, and have collaborated with members of The Black Keys, The Flaming Lips, Kenny Chesney and Gov’t Mule. Grace and her band the Nocturnals recently performed in stadiums across the U.S. on the Brothers of The Sun Tour with Kenny Chesney and Tim McGraw, followed by a nearly sold out U.S. headlining tour. Grace Potter and the Nocturnals fourth studio album, The Lion The Beast The Beat, was released in June 2012 debuting at number 17 in the country on Billboard’s Top 200 chart and number 10 on Billboard’s Digital chart. The band’s current single, “Stars,” hit number 1 on the iTunes Rock chart.

MORE ON JOSH RITTER
Renowned singer-songwriter Josh Ritter has just released his new album The Beast In Its Tracks. Of the record, Ritter says, “In the year after my marriage ended, I realized that I had more new songs than I’d ever had at one time. Far from the grand, sweeping feel of the songs on So Runs the World Away, these new songs felt like rocks in the shoe, hard little nuggets of whatever they were, be it spite, remorse, or happiness.” This is the sixth full-length recording from Ritter, who has been widely heralded by critics and fans alike. Recorded during 2011-2012 at the Great North Sound Society in Parsonsfield, Maine, The Beast In Its Tracks continues Ritter’s longtime collaboration with producer and keyboard player Sam Kassirer. As Josh describes, “I hadn’t composed this stuff, I’d scrawled it down, just trying to keep ahead of the heartbreak. They needed to be recorded like that. We needed to work fast, make decisions quickly, keep the songs as spare as they could be kept, and above all never allow ourselves to blunt the sharp edges. Some of the songs were mean or evil. So be it.”

The new album follows Ritter’s 2010 release, So Runs The World Away, of which Bob Boilen from NPR Music declared, “I’ve come to expect good records from him…but this one took my breath away,’ while the Boston Globe praised, “quite sensational…marks the finest music he has made.” In 2011, Ritter made his debut as a published author with his New York Times Best-selling novel, Bright’s Passage. Of the work, Stephen King writes in The New York Times Book Review, “Shines with a compressed lyricism that recalls Ray Bradbury in his prime…This is the work of a gifted novelist.”