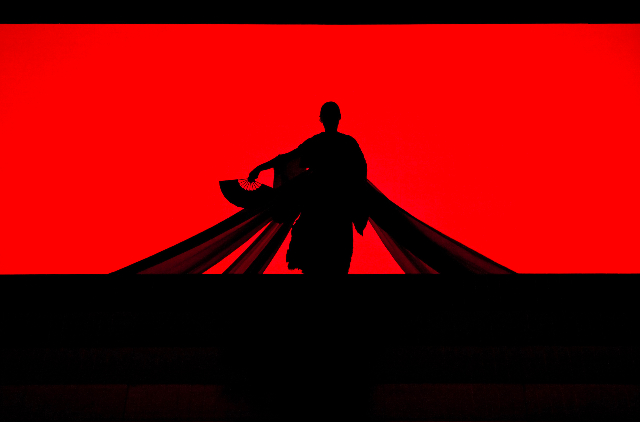 Opera has never been my preferred cultural activity but after seeing Madama Butterfly at the Metropolitan Opera this past week I may have to change my tune! There are few performances that have actually brought me to tears but at the end of Madama Butterfly, as the faithful, trusting Butterfly ends her life, tears were running down my cheeks.  I looked around to see that I was not alone.

The story line of Madama Butterfly is not a new one and not complicated, nor is the ending anything less than predictable. A young British officer (Lt. B.F. Pinkerton, played by Roberta Alagna) enters into a paid-for brokered marriage with a beautiful geisha (Butterfly, performed by Kristine Opolais) – whose family disowns her because she has abandoned her Buddhist faith and sullied what was a noble name by marrying an outsider. The couple enjoys a brief and passionate time together in their Nagasaki home before Pinkerton must depart, vowing to return with the Spring. But three years pass, Butterfly bears a son, and waits patiently – refusing to believe she is abandoned and rejecting a wealthy Chinese suitor, even as her money runs out. Pinkerton does eventually return, but with him is a white British wife, and now he wants to take his son away to raise in England. In despair, Butterfly kills herself with the dagger of her ancestors, preferring an honorable death to living alone and destitute in shame.

Puccini premiered Madama Butterfly at LaScala in 1904, basing it on a play by David Belasco, and since then the lead role has been performed innumerable times at the MET by legends like Geraldine Ferrar, Licia Albanese, Renata Scotto, and Leontyne Price.  But this most-recent rendition (which is directed by Anthony Minghella and premiered in 2006 with Cristina Gallardo-Domas in the title role) really has something special.

The set is bare but dramatic, with a stage floor that is a steep incline stepping up from the front of the stage and then, invisible to the audience, back down again – creating a “hill” over which almost all the performers slowly enter and exit. The back of the stage is lit from behind, so that, as a performer enters, you see just the outline of his or her head bobbing on the horizon. Only after the actor(s) reach the peak of the hill are their faces illuminated – often revealing gorgeous robes and headdresses that ably invoke the rich textiles and colors of colonial China. The anticipation of the slow entrance and the visual spectacle of the costumes made a dramatic backdrop for the spectacular performances happening down stage – and gave Madama Butterfly energy and excitement.

Soprano Kristine Opolais’ Butterfly is a masterpiece. She goes from sensual and joyous, to anxious but hopeful, to strong and determined, to crazed and in despair with complete credibility and grace. Even without the English subtitles scrolling on the back of the seat in front of me I would have understood her completely and been enthralled. Equally moving is her loyal servant, Suzuki (played by Maria Zifchak). Her panic and distress when she realizes her beloved mistress is about to be crushed is palpable.  The audience gave Zifchak a standing ovation – rare for a supporting role. Roberto Alagna was excellent as Pinkerton – although it is hard to say something nice about such an outright selfish cad! Alagna plays the role well, giving a somewhat naïve sense to his character, who seems to have convinced himself that his abandonment and stealth of the only thing Butterfly loves more than Pinkerton himself, their son, is “no big deal” -- until he discovers the dead Butterfly and realizes the heartless havoc he has wrought.

And about that son, whose name is, appropriately, "Trouble," he is actually a bunraku-style puppet that is (along with a version of Butterfly herself in a magical dream sequence) manipulated not by strings, but by a team of enormously skilled puppet masters from the experimental puppet troupe Blind Summit Theatre. They  wear black garb so as to “disappear” into the background. So skilled is this trio, that you almost believe Trouble is a real boy, not a puppet, and completely forget about his “handlers” as you get wrapped up in the story and the loving interaction between mother and child.

Madama Butterfly will be at the MET in New York City from February 19 - April 12. The title roles are performed by different singers on different nights, so go online at www.metopera.org or call ‎(212) 392-1148 for specific performance dates and cast information and to purchase tickets.