Master Director of the Intense Minimal at The Paramount 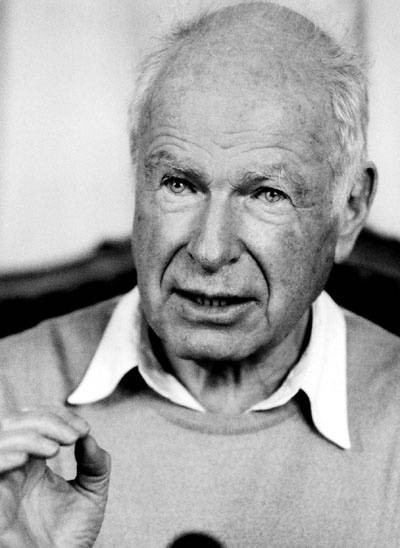 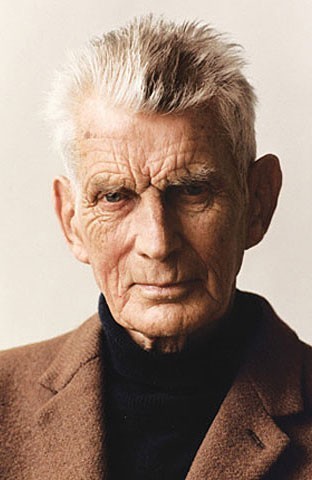 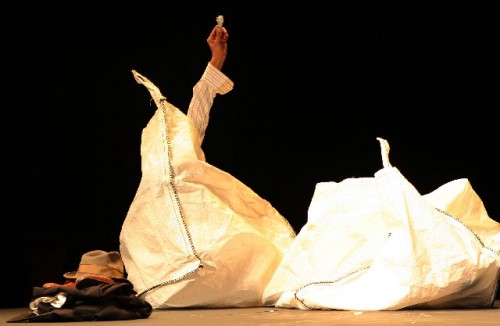 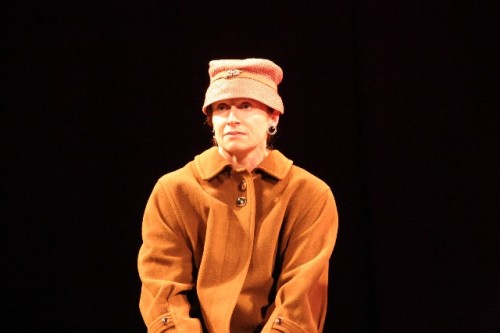 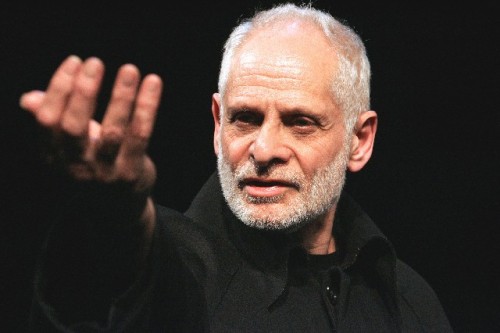 A rare theatrical and even Cultural (with a capital "C") event occurred last night at ArtsEmerson's Paramount Theatre in the Theatre District in Boston. One of the world's great advant-garde directors, Peter Brook, presented a group of short vignettes based upon Samuel Becket's texts. These four works included Rough for Theatre I, Rockaby, Act Without Words II, Neither, and Come and Go. Brook’s vision of Beckett’s Fragments illuminates the comedy and courage in Beckett’s characters, fatalists or even nihilists with a macbre sense of humor. This is the first time in 40 years that Brook has worked in Boston. It may be one of those few not to be missed once in a lifetime experiences.

Brook is considered by many to be the world's greatest interpreter of Samuel Becket's theatrical work. The director has said, “Today, with the passage of time, we see how false were the labels first stuck on Beckett – despairing, negative, pessimistic. Indeed, he peers into the filthy abyss of human existence. His humor saves him and us from falling in. He rejects theories and dogmas, that offer pious consolations, yet his life was a constant, aching search for meaning.”

With a singular piece of furniture here and a simple object there, Brook works in a spare minimalist style. In this series of four pieces, the stage is set like a Japanese rock garden. His stage directions are quite choreographed, not as a classical ballet but more like a Merce Cunningham dance production. This physical as well as cerebral theatre. Movement is a key part of the work underscoring spare, concise language, word repetition and often ambiguous phrasing. In Becket's works, there is  often much physical comedy and big gesture. However, the visual clownishness is more mime rather than circus pratfalls.

Each of the actors is superb. Bruce Myers portrays characters of a slightly twisted nature. Perhaps each is mad. Certainly each is a bit crazy if not angry as well. Haley Carmichael is a solid woman character in each of her roles. She portrays just enough of measured irony in each phrase that she speaks. Her rhythm of speech is poetic and yet flatly unemotional at the same time. The most emotive of the actors is Yoshi Oida. He expresses real pain in his characterizations. His strong Japanese accent demonstrates a painful pronunciation of English words. This painful vocal expression underscores his melancholy presence in his various portrayals. He is also the most elegant and nimble of three in his movements. He is a flexible dancer with dialogue, both spoken and unspoken.

Brook is considered a giant of contemporary theatre. He is a creative genius who through his groundbreaking productions and films has reinvented the way actors and directors think about their craft. His influential book, The Empty Space, a standard text for theatre students, explores the very nature of theatre. Famous for his innovative often spare approach, Brook worked on many productions in Britain, Europe, and the United State in the 1950’s.

In 1962, Brook joined the newly established Royal Shakespeare Company. There he directed, among other productions, King Lear (1962) and Peter Weiss's Marat/Sade (1964). Hailed as one of the greatest Shakespeare productions of the 20th century, his brilliant 1971 A Midsummer Night’s Dream toured the United States, and was his last production seen in Boston at the Shubert Theatre. Most of his work in recent decades is done with the Paris-based Centre for Theatre Research, which he founded.

At the beginning of the four pieces, two people behind me commented on the spare stage with its five objects spread across it lit intermittently. No actors appeared for several minutes. One said to the other, "This could be one of the pieces." The other laughed and said,"I know." Not missing a beat, I told them Shhhhhhh, gesturing for them to be quiet. Peter Brook and the late Samuel Becket would have probably chuckled.

Peter Brook directing Samuel Becket's works at The Paramount should not be missed.

Note: Peter Brook is directing Marie-Hélène Estienne’s adaptation of The Grand Inquisitor scene from Dostoyevsky’s The Brothers Karamazov. It is performed by Bruce Myers at the Paramount's Black Box. It is a chilling parable about the perversion of religious faith. The action takes place in Seville during the Inquisition. In his infinite mercy, Christ returns to the world of man in the human form he wore during his 33 years on earth. He enters the burning streets of the city, where the previous day the Grand Inquisitor had sent a hundred heretics into fiery deaths.

The Cardinal Grand Inquisitor sees Him and orders the guards to seize Christ and shut Him in a narrow vaulted cell. In the darkness, the iron door suddenly opens and the Grand Inquisitor quietly enters. For a long moment, he stays in the doorway, studying the Holy face. Then he draws nearer, saying: “Is it You? You?” Theatricalizing one of the most profoundly moral works in all of literature, Brook has created a one-man show of urgency and intensity. His minimalist staging of the Inquisitor’s monologue is no less than a naked inquisition of our own age.